Al Roker and Deborah Roberts’ son, Nick, recently left the family home to head to college, officially  making his parents empty-nesters – and it looks like he’s having an amazing time!

The youngest child of the TV couple is living an alternative life away from Al and Deborah, who he had been living with in New York until his big move.

MORE: Al Roker and wife in disbelief over their son Nick

The upheaval only appears to be doing good things for Nick as his parents proved when they paid him a visit recently and shared photos on social media.

“It was soooo good getting to see our Nick on campus for #familyweekend and see him with his pals,” Al wrote alongside one sun-soaked image of the family embracing, and another inside the teenager’s dorm room.

While they haven’t revealed his college location, it looked idylic with blue skies and lots of greenery.

MORE: All we know about Al Roker’s break from Today

His room – which he’s likely sharing with another student – was already looking homely and a black and white photo of his dad could be seen on the bookshelf behind them.

Al’s son is thriving at college

There were also other necessities, such as an abundance of stationary. Nick looked thrilled to be reunited with his family, as it was a big move away from home.

The youngest of Al’s three children is “somewhere on the (autism) spectrum and maybe obsessive-compulsive,” the TV star previously told Guideposts magazine.

At the time Al added: “But those labels can be frustrating; they don’t begin to describe who Nick really is.” 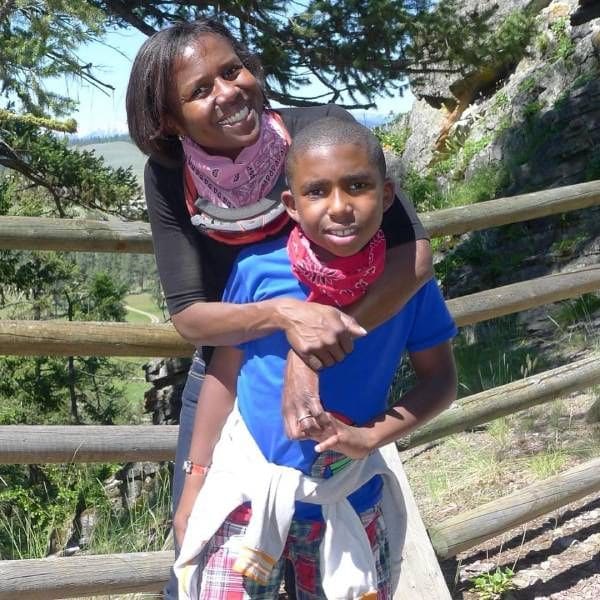 Al’s son has grown up so fast

Al doesn’t deny it can sometimes be hard but that he is continuously admiring his youngest, right till the day they dropped him off the previous week for his own life to begin.

“Do I get frustrated with my son sometimes? You bet,” Al added. “But then I remember my dad, how understanding he was. And Deborah reminds me that I have to show my son not only that I love him but that I like him as well. More than that, I admire him.”