During a girls’ day out with her mom, Beyonce, Blue Ivy Carter looked so stylish with her chic outfit and straight hair!

Beyonce enjoyed some one-on-one time with her oldest daughter, Blue Ivy Carter, 9, in Malibu on March 30. The ladies were photographed on a rare lunch outing, where they dined at Nobu. They were photographed getting into their car after the lunch date, and although the pics are a bit blurry, Blue’s straight locks are fully on display! Fans are used to seeing Blue with her hair in braids or pulled back into an updo, but this time, it was down, straight and parted in the middle. 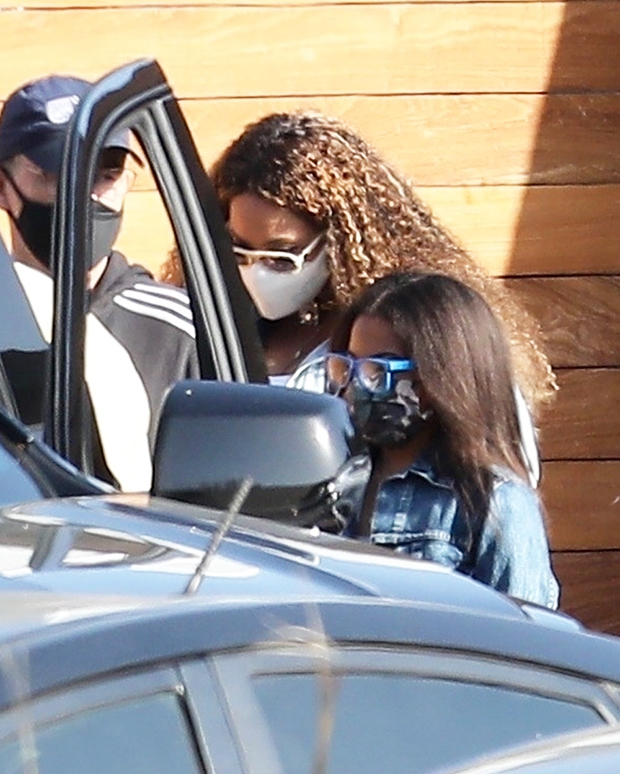 To complete her stylish ensemble, Blue wore sunglasses and a denim jacket. She also kept herself protected with a face mask amidst the continued coronavirus pandemic. Beyonce was pictured holding the car door open for the nine-year-old as they got into their vehicle. Blue’s dad, JAY-Z, and siblings, twins Rumi and Sir Carter, 3, were not in attendance for the daytime outing.

March has been quite a month for the Carter family, as Bey and Blue both had a huge night at the Grammy Awards back on March 14. Blue won her first-ever Grammy Award for Best Music Video — she was featured on Bey’s “Brown Skin Girl,” which took home the honor. Meanwhile, Beyonce won FOUR awards at the show, bringing her total Grammy wins to 28 — the most that ANY artist has ever won (conductor Georg Solti still holds the all-time record with 31 awards). 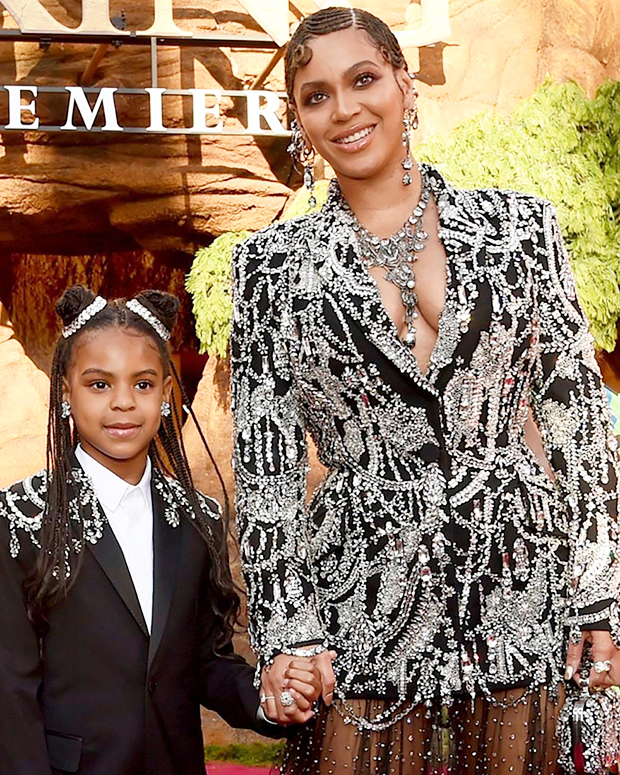 Due to the coronavirus, attendance at the Grammys was limited, so Blue couldn’t join her parents for their date night at the show like she has in the past. However, she did take pictures with her award after the ceremony, which Beyonce shared on social media. Blue even rocked a crown in the photos and sipped a drink out of her award like the queen she is!

While Beyonce and JAY-Z mostly keep Rumi and Sir out of the spotlight, Blue has definitely been front and center for quite some time now. She’s attended multiple award shows and red carpet events with her famous parents over the years. Where will she show up next?!