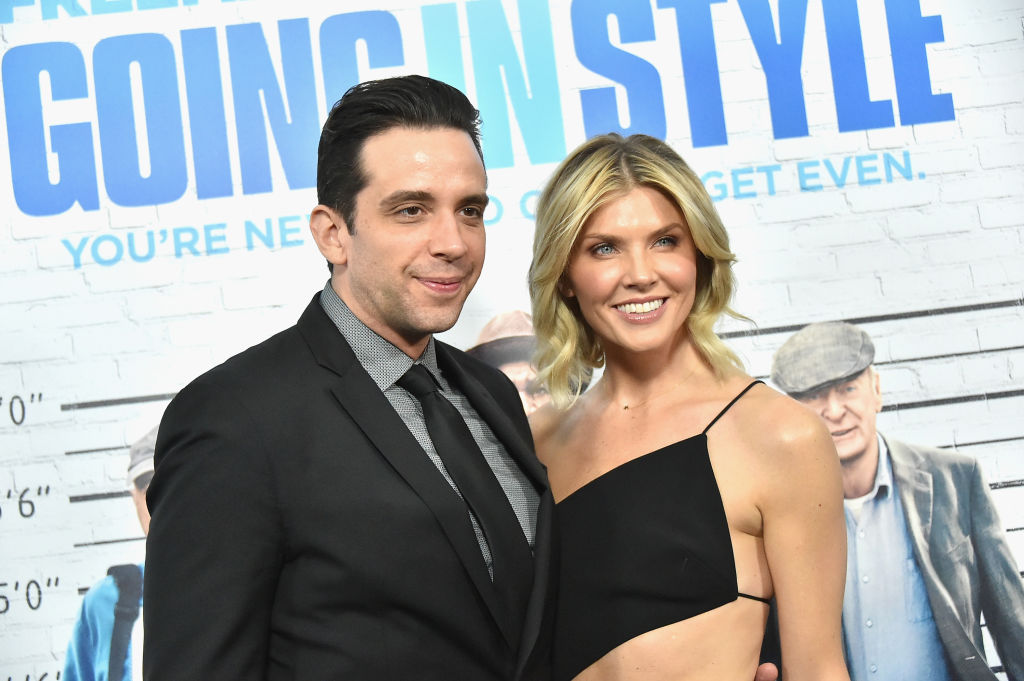 Amanda Kloots doesn’t think she was a good wife to her late husband Nick Cordero.

Cordero died aged 41 in July after being hospitalised in late March with Covid-19.

He is survived by his wife of three years Amanda and their son Elvis, who is two years old.

The couple met in 2013 when they both starred in Bullets Over Broadway, and began dating shortly after Amanda split from her first husband David Larsen.

Amanda, 39, began writing a memoir, Live Your Life: My Story of Loving and Losing Nick Cordero, two weeks after Cordero’s death, and speaking to the New York Times ahead of its release, she said: ‘I was not a good wife.’

After the play A Bronx Tale, in which Cordero played the male lead, closed, Cordero auditioned for many roles but didn’t land a big part, and decided to pivot into songwriting.

The actor rented a studio to record and mix his music, with Amanda saying: ‘I was not understanding any of it. I was like, “This is a waste of time, and we have no money.” He did not feel supported by me. I wasn’t supportive.’

Cordero then decided that he wanted to move from New York to Los Angeles to audition for TV roles and work on music, and Amanda said they ‘fought about it for about a year’ before they compromised.

The couple and their baby son Elvis had found a home in LA and were living in the guest house of Scrubs actor Zach Braff when Cordero fell ill with what they initially thought was pneumonia.

However, days after entering hospital he was placed on a ventilator, and over his three months in hospital, Cordero had his leg amputated after suffering blood clots.

On July 6, Amanda confirmed that her husband had passed away, writing on Instagram: ‘God has another angel in heaven now. My darling husband passed away this morning. He was surrounded in love by his family, singing and praying as he gently left this earth.

‘I am in disbelief and hurting everywhere. My heart is broken as I cannot imagine our lives without him. Nick was such a bright light. He was everyone’s friend, loved to listen, help and especially talk. He was an incredible actor and musician. He loved his family and loved being a father and husband. Elvis and I will miss him in everything we do, everyday.’

Amanda had asked fans and followers to play her husband’s song Live Your Life at 3pm during his Covid fight, telling the Times: ‘I learned to appreciate his music too late. But I’m determined to keep his voice alive.’

The fitness trainer has now become a co-host on The Talk, and celebrated her son Elvis’s second birthday yesterday.

Live Your Life: My Story of Loving and Losing Nick Cordero is out June 15.