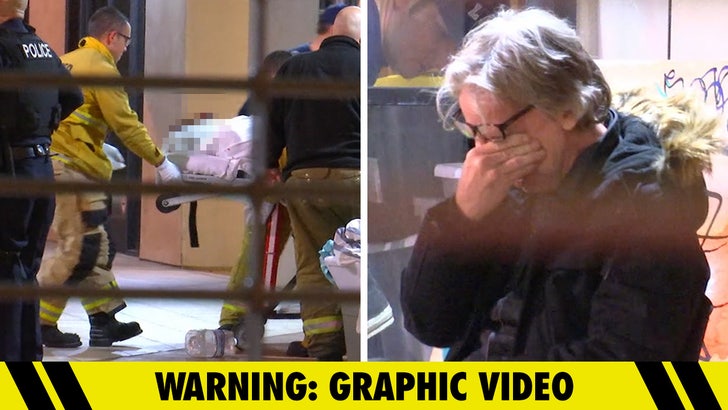 Andy Dick was inconsolable, and understandably so, after a man walked into his art studio and shot himself in the head.

The tragic incident went down Monday around midnight inside Andy’s downtown L.A. art gallery … which opened late last year. Witnesses say the man had been waving a gun around before heading inside, where Andy and someone else was working.

Once inside, the man fired the shot. Witnesses say it appeared to be an accident.

It’s unclear if Andy witnessed the shooting, but he was visibly shaken as LAPD and paramedics responded to the scene. The victim was transported to a hospital, and according to one source, he’s currently on life support.

The video shows a traumatized Andy explaining to police what he’d seen.

We’ve reached out to Andy, but so far no word back.