Home » Celebrities » Anneka Rice: I was tempted to help my suffering father on his way 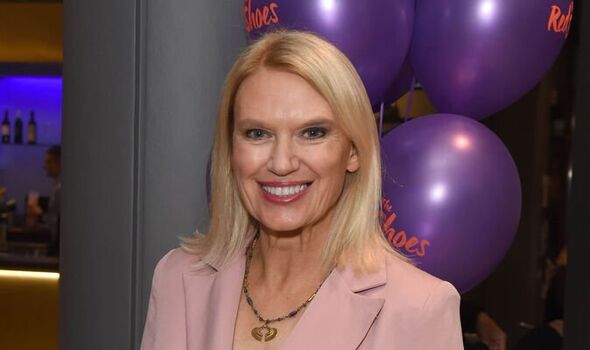 The former Challenge Anneka and Treasure Hunt star said her dad was “morphined up” in his 90s and did not want to live when she considered smothering him with a hospital pillow. Describing her torment on her Radio 4 Extra series, Anneka Has Issues, she said: “My dad really needed round-the-clock care and had taken a few disasters before we found the right person.

“One woman, who I could honestly kill, refused to hold his arm while they were walking – ‘Oh sorry, I don’t do touching’. More or less the first thing that happened crossing the road, my dad, unable to balance, broke his hip.

“He ended up.. on a busy geriatric ward, which nearly finished him off. He was dazed and confused and it broke my heart.

“I remember vividly looking at my dad, usually so dapper, and now so broken in that hospital bed. I looked and I looked, deep into my soul and I looked at the pillow and I took one of his pillows.

“I looked round the rest of the ward and I held the pillow up. And I wanted so much to help him on his way.

“As all our elderly parents say to us, ‘Please don’t let me linger in pain’. But when the time comes it’s almost impossible to do the deed.

“Murder, I don’t think, is naturally in our DNA.”

Anneka, 63, added: “I told forensic anthropologist and general expert on death Dame Sue Black that I nearly murdered my dad.

“Dame Black said, ‘The one thing that connects what you wanted to do, which sounds like such a vicious act to most, is that it was through love’.

“It was through deep love.”

Anneka’s father developed dementia in 2005. Her mum started showing symptoms a decade later – around the time of her dad’s funeral.

The star has previously said: “My sister and I were with both our parents when they died and it was fine.

“But then they were ill and it seemed a release. We didn’t cry even.

“You don’t when your parent died years ago – in our parents’ case, both with dementia.”