Bradley Cooper has stepped out for a stroll with his adorable, mini-me daughter Lea on a rainy New York City day.

Bradley Cooper, 46, and his four-year-old daughter Lea have been spotted walking hand-in-hand in New York City. The pair were seen strolling on May 5, and little Lea looked seriously adorable. She wore a grey woolen top with a purple tulle skirt over jeans, and a pair of leopard print shoes, which she’s worn before! The toddler also donned a pink protective face mask and a green jacket to protect against the chill. 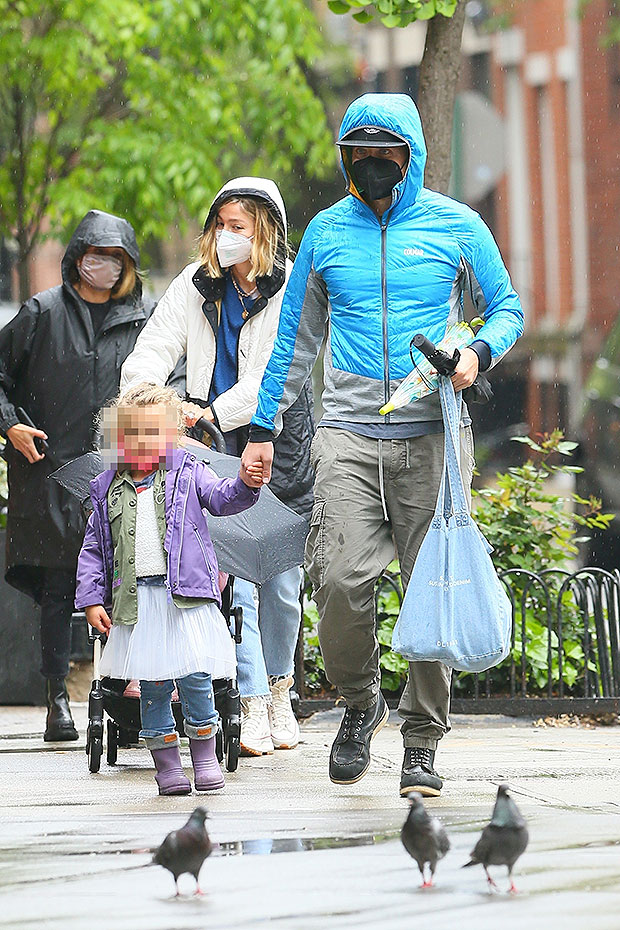 Meanwhile, Bradley wore a grey hoodie and a black tee along with a protective face mask and leather boots. He also carried an umbrella and donned green cargo pants. The actor, who shares his daughter with model Irina Shayk, 35, has been on good co-parenting terms with his ex. The Victoria’s Secret model recently opened up about why she doesn’t publicly discuss their almost four-year relationship, as well as their breakup. She revealed it’s because she feels it’s a “private” matter that is part of her “inner self.”

“My past relationship, it’s something that belongs to me, and it’s private,” she told Elle. “It’s just a piece of my inner self that I don’t want to give away.” She continued, “I never understood the term co-parenting. When I’m with my daughter, I’m 100 percent a mother, and when she’s with her dad, he’s 100 percent her dad. Co-parenting is parenting.” 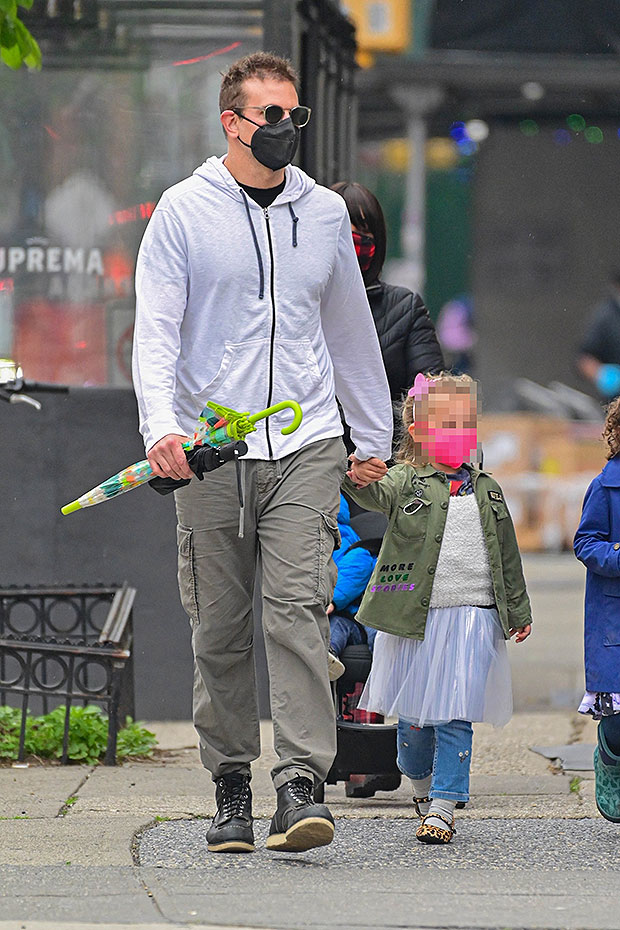 Bradley and Irina ended their four year relationship in June 2019 and have been busy sharing parenting responsibilities ever since. A source previously told us that Bradley’s been loving his father-daughter times with Lea and puts her needs above all else. “[Brad’s] the best dad, he’s so bonded with Lea and shares all the duties equally with Irina,” a source close to the exes EXCLUSIVELY told HollywoodLife in March of 2020. “There’s no ego involved, he puts his daughter’s needs first and fortunately Irina does the same, that’s why it works so well.”