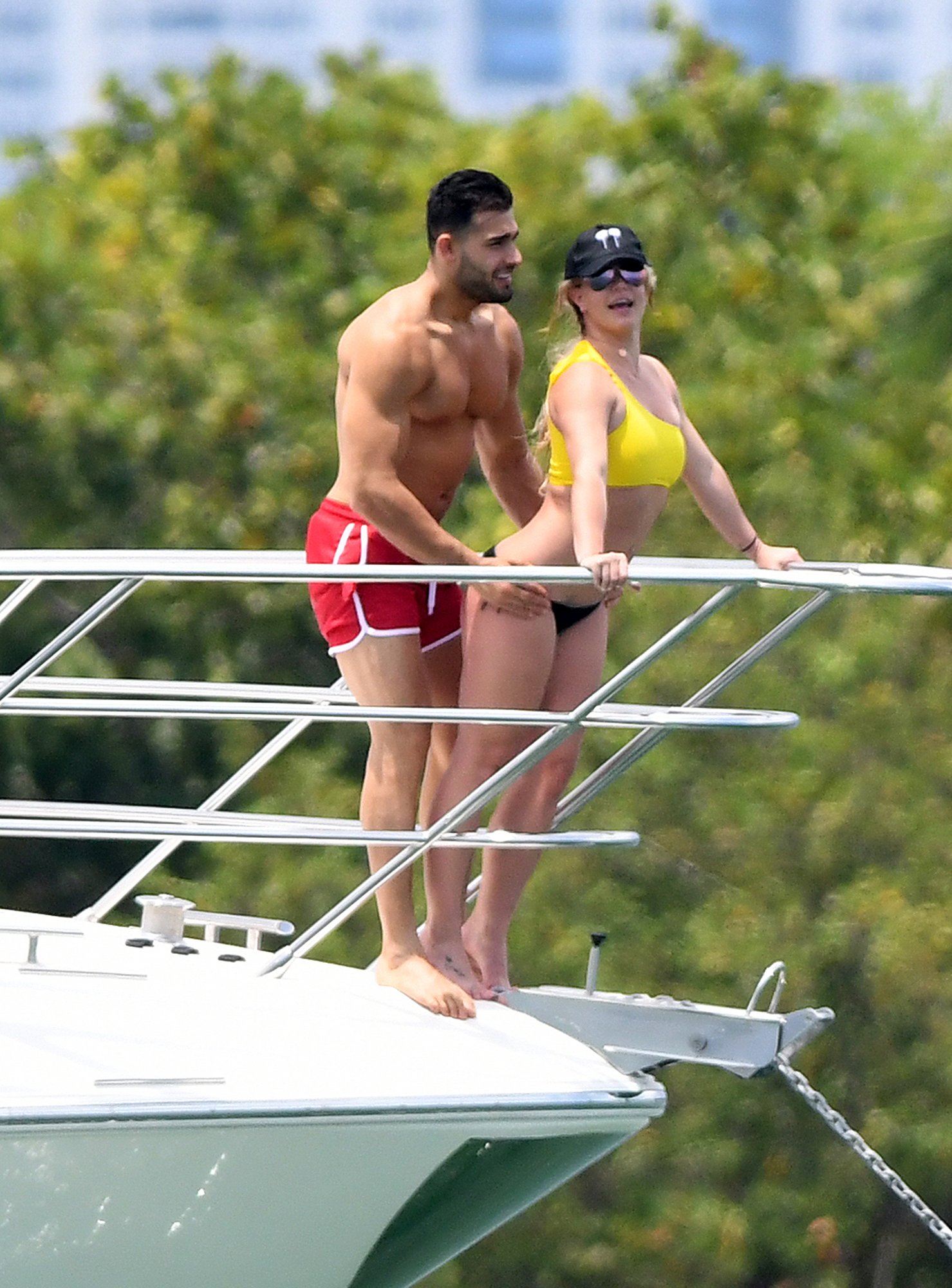 Holiday in the sun! Britney Spears’ recent trip to Miami with her boyfriend, Sam Asghari, was “exactly what she needed” after a stressful start to the year, a source tells Us Weekly exclusively.

“Britney and Sam planned a last-minute trip to Miami because he had some free time in his schedule and she simply wanted to have fun in the sun,” the source explains, noting that the 37-year-old pop star “loves being on the beach.”

Spears and Asghari, who started seeing each other in 2016, were spotted walking on the sand, riding Jet Skis and even recreating an iconic scene from Titanic during their weekend getaway in Florida on Saturday, June 8, and Sunday, June 9.

“She was beyond excited to go on vacation with her boyfriend and just get away after a stressful few months,” the source tells Us. “She had the time of her life goofing off and relaxing on the yacht and going swimming. She was nervous about riding the Jet Skis at first because of how fast they can go, but she turned out to be a natural!”

The source adds that it was a “super relaxing weekend” for the couple, who met on the set of Spears’ “Slumber Party” music video more than two years ago.

“Sam enjoyed being able to spend some quality one-on-one time with Britney,” the source tells Us. “They are so in love with each other.”

The twosome’s vacation comes after a rough start to 2019 for Spears. The “Toxic” singer, who completed 30 days of treatment in April, has been taking time away from work since January after her father Jamie Spears’ near-fatal health scare. Last month, Spears’ personal drama made headlines again when she went to court to potentially end the restrictive terms of her conservatorship.

Despite the drama, an insider previously told Us that Spears “doesn’t live in fear of repeating” her 2007 public breakdown.

“She’s come such a long way as a performer, as a mother and as a person,” the insider said. “And that includes knowing when it’s time to take the necessary steps to seek help.”

With reporting by Nicholas Hautman