Cardi B has shown some love to Teyana Taylor, calling the singer ‘so talented’ after she announced her retirement from the music industry.

Cardi B has shown her support for Teyana Taylor after the singer revealed she’s quitting the music industry. The “WAP” hitmaker took to Twitter on December 5, revealing that Teyana’s The Album was among her favorites of the year. “If you know me then you know Teyana Taylor’s album it’s my favorite of 2020,” Cardi wrote. “I swear she really got the best album this year.I hate that she feels how she feels cause she sooo talented and the music is soo good.”

When asked which song was her favorite, the mom-of-one replied, “Tuh where do I start ……Wake up love,1800,morning,69,killa,…..Lose each other’s had me in my feelings in the beginning of October.Just a very good project maaaannn.” It came one day after the “Wake Up Love” singer shared her Spotify 2020 Artist Wrapped stats, while simultaneously revealing she was leaving the industry.

Although she racked up nearly 163 million streams on the platform, Teyana said she felt under appreciated. “Wow, who did that? Y’all did that! Thank you. I ain’t gone front in times of feeling super underappreciated as an artist, receiving little to no real push from the ‘machine,’ constantly getting the shorter end of the stick, being overlooked, I mean the list on and on lol..” Of course, Cardi wasn’t the only celeb to throw their love and support behind her. 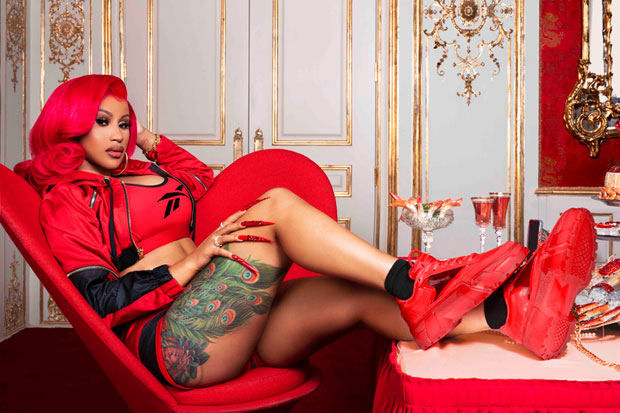 “I’ve watched first hand how much blood you’ve spilled in this sh-t,” wrote Teyana’s NBA player hubby Iman Shumpert. “It wasn’t for nothing, baby! And we rockin no matter what u choose to do…it’s GONE GO! Love you mostest.” La La Anthony wrote, “love you,” while Cyn Santana added, “We love you TT!!!! Keep filling our hearts and life up with your magic.” Meanwhile, Niecy Nash left a series of heart emojis.

2020 has been a monumental year for Teyana in more ways than one. She welcomed a baby girl named Rue Rose on Sept. 6, writing in her announcement, “Rue Rose decided that the baby shower thrown for her mommy was too lit. [N]ot in a million years would you be able to tell me we’d deliver both of our daughters in a bathroom without the assistance of a hospital! Our newest edition entered the world in the water and came out looking around and ready to explore! A healthy child. A little sister. Another daughter. Black love wins….again.”