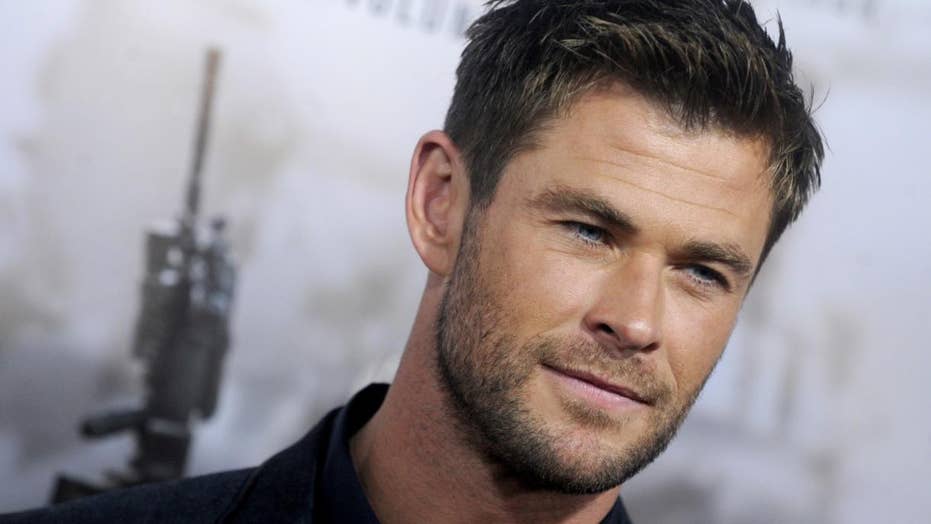 Actor Chris Hemsworth picked up an American hitchhiker in Australia. The young musician, Scott Hilderbrand, arrived to his destination in style: a helicopter.

When it comes to odd jobs, actor Chris Hemsworth could arguably take the cake.

On Wednesday night, Hemsworth, alongside comedian Kumail Nanjiani, played a round of “True Confessions” on “The Tonight Show Starring Jimmy Fallon.” In the game, each person reads a statement found inside of an envelope. The remaining contestants then have a short amount of time to ask the person who opened the envelope a series of questions to determine whether the statement they read about themselves is true or false.

Hemsworth was the first to go.

“My first job was cleaning out breast pumps,” he claimed in a statement.

Nanjiani then asked the actor how old he was when he did the job. Hemsworth said he was 14 at the time.

"It was repairing them as well, occasionally," he added. "Any pump, you know, there's a motor with a belt, like a rubber belt for the suction."

“Was it for human breast or animal breasts?” asked host Jimmy Fallon.

“Pharmacies would rent them out and they’d come back covered in dry milk. I’d clean the dry milk,” the Aussie actor explained, claiming he cleaned the devices with a toothbrush.

After the buzzer sounded, Nanjiani said he believed the “Thor” star.

JESSIE J HASN’T 'GIVEN UP' ON HAVING KIDS DESPITE INFERTILITY DIAGNOSIS: 'I BELIEVE IN MIRACLES'

“It was a truth,” Hemsworth revealed. “I worked for a pharmacy, and they would rent them out, and the machines would come back, and I would have a toothbrush and some spray and wipes [to clean them]."

“Do the women who used these breast pumps now know that Chris Hemsworth once cleaned out their breast pumps? Can you buy them on eBay?” Nanjiani asked Hemsworth before the trio moved on to another round of the game.