Dan Walker took to Twitter today to give fans an update following a “great week” for BBC Breakfast. The 43-year-old presenter said not only had his programme scooped a Royal Television Society award, but they had reached “big audiences” of over two million viewers each morning.

The TV star has now shared an article from BBC News about the prestigious accolade, but pointed out what he felt was a big error in the report.

He said that it had failed to mention reporter Sally Nugent and the show’s producer, who secured the scoop.

Dan said it showed that “good relationships” are the basis of the best journalism.

BBC Breakfast was awarded the Scoop Of The Year gong for their interview with Marcus Rashford, in which he urged the government to extended free school meals during the summer holidays. 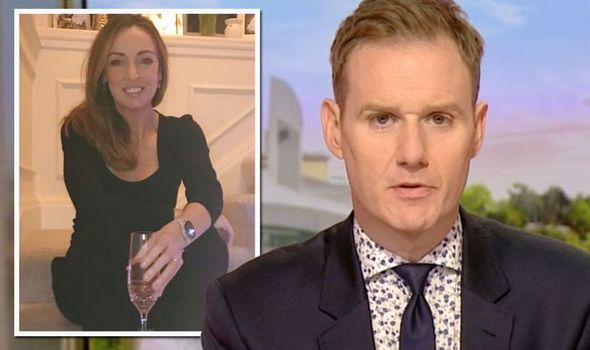 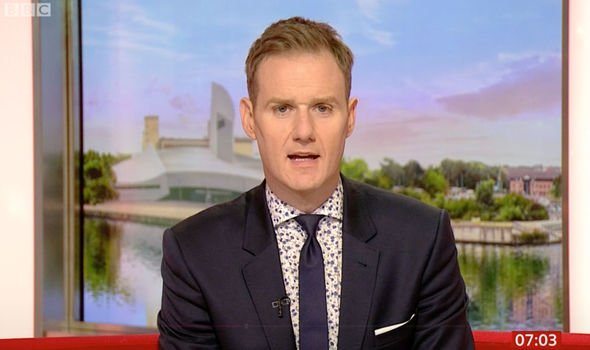 Alongside a link to the online article, Dan shared his thoughts with his 684,400 followers.

He said: “For some reason she is not mentioned in this but well played @sallynugent (& producer ⁦@ClaireRyanSport⁩). ⁦

“@MarcusRashford trusted them both to tell his story with care & understanding.

“The very best journalism is based on good relationships,” he added. 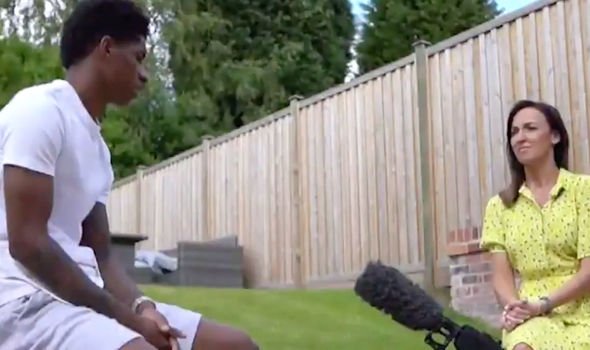 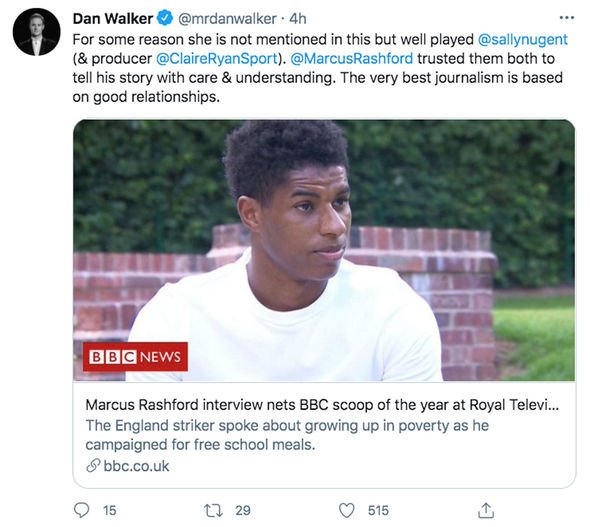 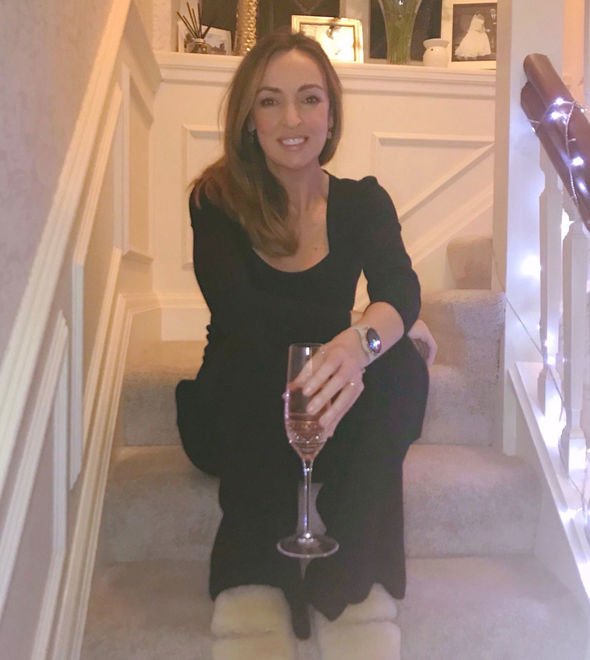 On Wednesday, Sally took to the micro-blogging site to tell fans that she was “thrilled” to win.

“Thrilled to win ⁦@RTS_media Scoop of the Year for our work on Free School Meals.

“Thank you to driving force ⁦@ClaireRyanSport, editor ⁦@BBCFrediani and everyone @BBCBreakfast.

“And thank you ⁦@MarcusRashford for trusting us to tell your story,” she said.

Many took to the comments section of her post to congratulate her, including Piers Morgan, who presents rival show Good Morning Britain.

Co-stars Dan and Carol Kirkwood were among the others to acknowledge her achievement.

Clearly impressed with the win, the father-of-three returned to Twitter today with more good news.

“We’re back tomorrow from 6am & I’ll see you on the red sofa on Monday,” he signed off.