“How does that help the American people?” he asked of Trump’s town hall being at the same time as ABC News’ event with Joe Biden 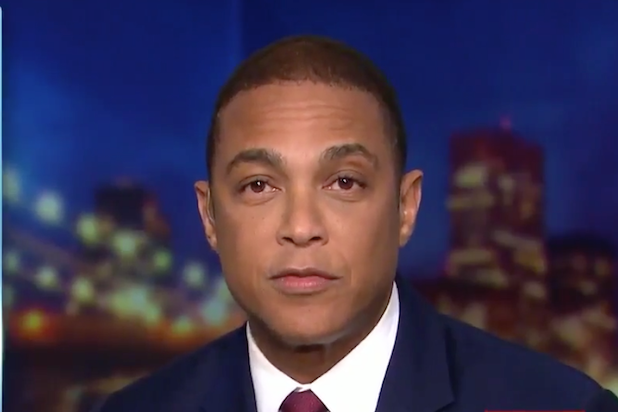 CNN anchor Don Lemon joined the chorus of those who criticized the timing of NBC’s Thursday town hall with President Trump, calling the move an “outright embarrassing ratings ploy.”

NBC News announced Wednesday that its Trump event would air at the same time as ABC’s town hall with his rival Joe Biden.

“How does that help the American people?” Lemon asked Wednesday night. “How does that inform the electorate by putting those two people on at the same time and making people choose from one to the other?”

He went on while tossing between shows with CNN’s Chris Cuomo, “And don’t give me that BS about, ‘Well, you can tape one.’ That’s not what this is about. This is an outright embarrassing ratings ploy on behalf of NBC and I am shocked and surprised that they would allow the President of the United States to do their programming and manipulate them into doing this.”

An ABC News insider spoke to TheWrap on Wednesday, echoing the idea that the move by NBC was done with ratings in mind.

The news networks’ original plan for Thursday was to air the second presidential debate, but Trump backed out once the bipartisan commission in charge made it virtual following his COVID-19 diagnosis. ABC News quickly announced the Biden town hall to fill the time and NBC News followed suit with Trump six days later.

“They learned nothing from 2016?” Lemon asked of NBC’s relationship with Trump.

Watch the testy handoff below.