Elton John has no doubt been a member of many exclusive clubs over the decades, but probably nothing quite as exclusive as the one he formally joined on Wednesday.

In an investiture ceremony at Windsor Castle, Prince Charles anointed the rock star and charity patron as a member of the Order of the Companions of Honour.

It is one of the highest awards that can be bestowed by Charles’ mother, Queen Elizabeth II, to citizens in Britain and across the Commonwealth. The 95-year-old monarch is also a member of the order. 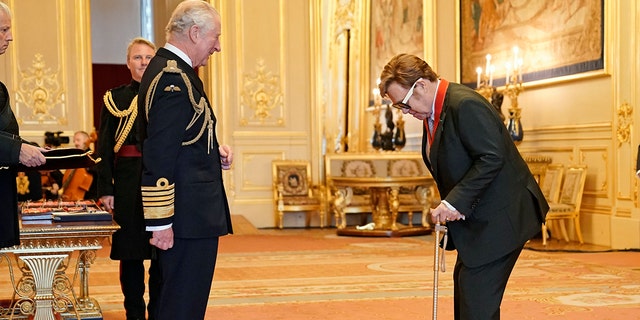 Sir Elton John is made a member of the Order of the Companions of Honour by Prince Charles during an investiture ceremony at Windsor Castle, in Windsor, England, on Wednesday, Nov. 10, 2021.
(Aaron Chown/PA via AP)

Introduced in 1917 by her grandfather King George V, the award recognizes people who have made “a major contribution to the arts, science, medicine, or government lasting over a long period of time.”

The group, which in the past has included British wartime Prime Minister Winston Churchill and scientist Stephen Hawking, can only number a maximum of 65, excluding the sovereign, at any one time. 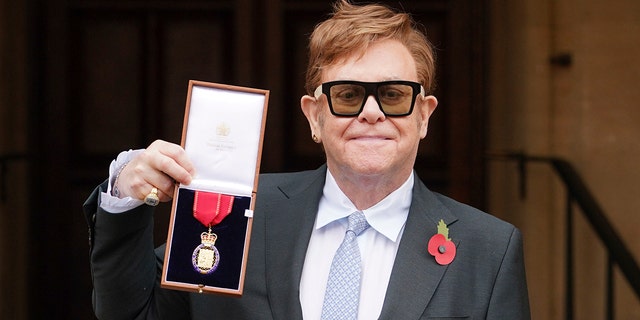 Sir Elton John after being made a member of the Order of the Companions of Honour for services to music and to charity during an investiture ceremony at Windsor Castle, in Windsor, England on Wednesday, Nov. 10, 2021.
(Dominic Lipinski/Pool photo via AP)

John, who was knighted by the queen in 1998, a year after the death of his friend Diana, the Princess of Wales, joined the Companions of Honour in the queen’s honors list in late 2019 for his services to music and charity.

The 74-year-old singer-songwriter, who walked with the aid of an ornate stick after recent hip surgery, reflected on a career that has seen him release a hit single in every decade since the 1970s, including “Your Song,” “Rocketman” and “Candle in the Wind.” He also took a leading role in a number of charities, notably the Elton John AIDS Foundation. 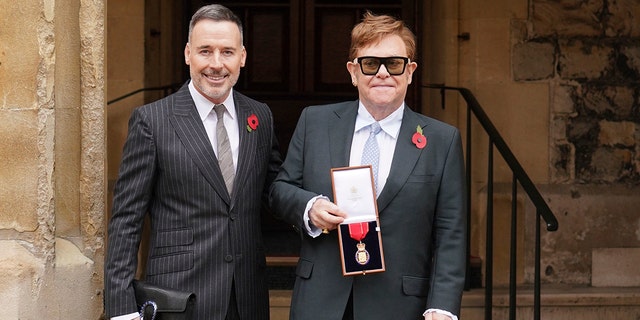 Sir Elton John with his partner David Furnish, after being made a member of the Order of the Companions of Honour for services to music and to charity during an investiture ceremony at Windsor Castle, in Windsor, England, on Nov. 10, 2021.
(Dominic Lipinski/Pool photo via AP)

His farewell tour has been pushed back and will kick off next year, but he insists he is full of energy despite the operation on his right hip.

“I’ve had a hip replacement but I’m full of beans and I’m full of zest, but this is just a prompter to say, ‘Come on you’ve got more to do now,'” he said.