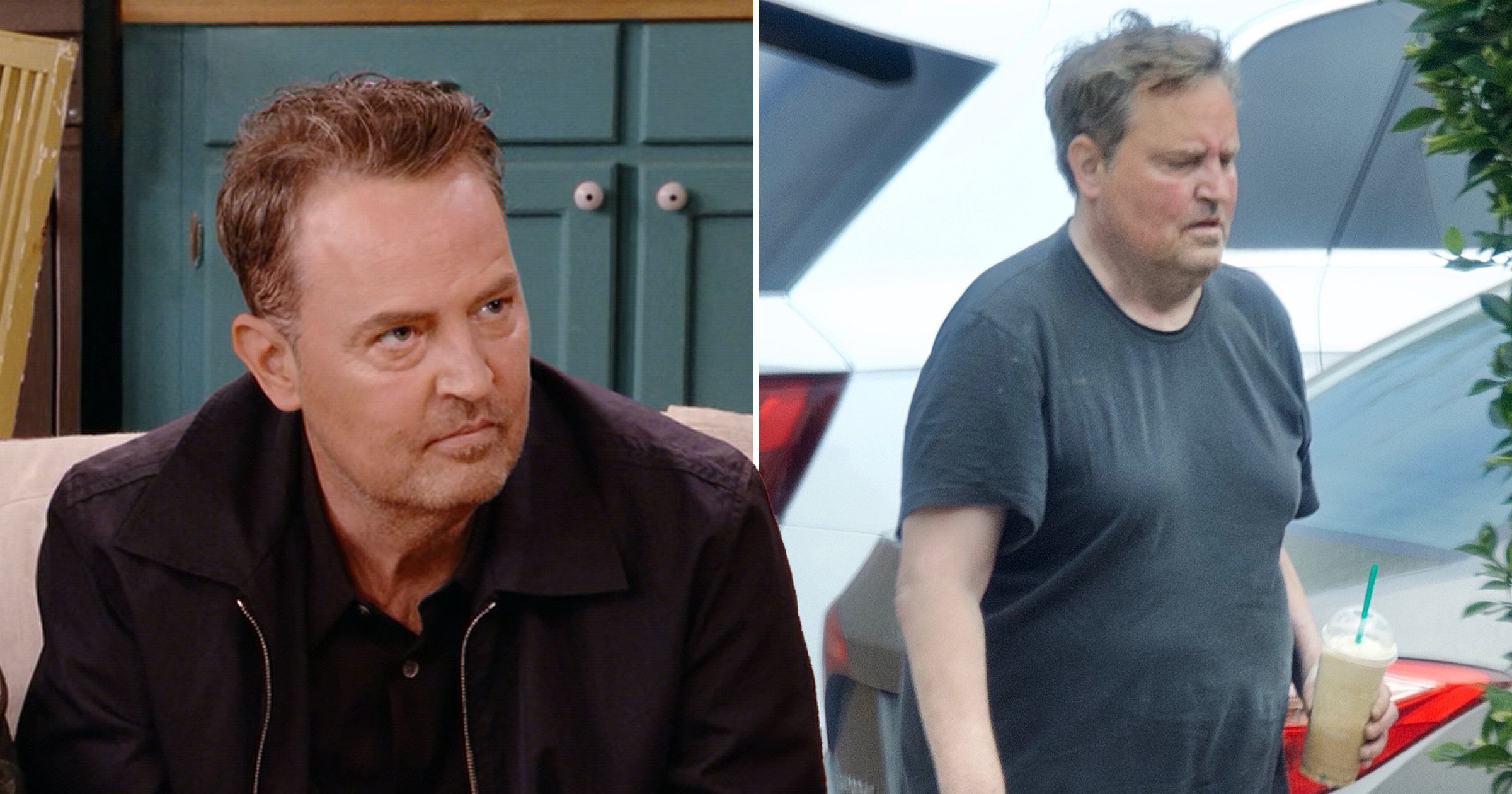 Matthew Perry was pictured this week for the first time since the epic Friends reunion special aired earlier this year.

The Hollywood star, who famously played Chandler Bing in the long-running sitcom, was spotted on a coffee run in Los Feliz, California over the weekend.

Dressed casually in a T-shirt with white shorts and trainers, Matthew hopped out of his car and picked up a large Frappuccino from Starbucks. The actor was joined by a male friend who sat in the passenger seat as Matthew took charge of whizzing them around the city.

It appears to be the first time the 52-year-old has been spotted in public since he joined his former Friends co-stars in May for the HBO Max reunion programme.

Matthew sat down with his co-stars Jennifer Aniston, David Schwimmer, Courteney Cox, Lisa Kudrow and Matt LeBlanc to reminisce on their golden years starring on the legendary sitcom from 1994 to 2004.

During the special, Matthew recalled doubting his comedic talents and feeling pressure to deliver in every episode.

‘To me, I felt like I was going to die if they didn’t laugh,’ he explained. ‘It’s not healthy, for sure, but I would sometimes say a line and they wouldn’t laugh and I would sweat and just go into convulsions if I didn’t get the laugh I was supposed to get. I would freak out.’

Jennifer, 52, recently opened up about how the cast felt about all being in the same room together for the first time since the series ended.

Speaking to the New York Times in September, the Rachel Green actress said: ‘We were thinking, “How much fun is this going to be, to go back to Stage 24 exactly the way it was, exactly the way we left it?”’

‘But it was a sucker punch to the heart. It turns out that it’s not so easy to time travel.’

She added that both herself and her co-stars ‘had such blissful ignorance going into the reunion’.

Matthew suffered personal heartache this summer after splitting from fiancee Molly Hurwitz in June. The pair had been engaged for six months after three years of dating but Matthew explained they had decided to separate.

He told People: ‘Sometimes things just don’t work out and this is one of them.

‘I wish Molly the best.’

However, he appeared to be remaining positive and later shared a photo of him looking happy and smiling on Instagram.