Home » Celebrities » Garth Brooks was ‘scared to death’ of his musical return after 14-year hiatus: ‘Country is the best’

Garth Brooks might have made his musical comeback after a 14-year hiatus, but that doesn’t mean the country singer wasn’t nervous about it.

At least, that’s what he told Gayle King in an interview with CBS This Morning on Friday.

According to Brooks, he was “scared to death” when he decided to return to music. But, to his surprise, he found that “people were so sweet.” 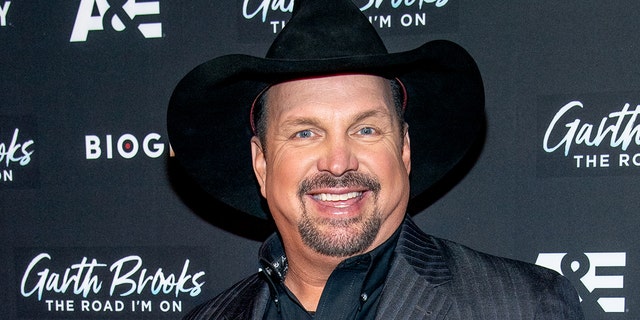 Garth Brooks might have made his musical comeback after a 14-year hiatus, but that doesn’t mean the country singer wasn’t nervous about it. (Roy Rochlin/WireImage)

In his own words: “Country is the best place to be. Because, one, you have the most loyal audience there could possibly be, and they will wait for you.”

The country music icon has won more than 90 awards for his tunes, including “If Tomorrow Never Comes,” “The Dance” and “Friends in Low Places.

Since his 1989 debut, Brooks has sold more than 157 million copies of his 16 studio albums, two live albums and 51 singles, according to the Recording Industry Association of America. His work has also earned dozens of gold, diamond and platinum certifications from the recording association.

Brooks’ latest album released in November 2020 and is titled “Fun.” The 14-track album peaked at no. 7 on the Billboard Top Country Albums chart in December.

As a returning top-selling artist, Brooks has sold out on six of the seven concerts he has planned for the summer so far.

When speaking about his surprise at being welcomed back so easily by country music fans, Brooks explained to CBS that he wasn’t sure he could step in where he left off.

“The country music audience has given you everything. Now you just simply ask them, ‘I’m gonna go home and raise my babies,'” he told King. “The big surprise was never, ever thinking, you’re gonna get to be let back in. Because when you don’t know why they show up, you don’t know if they’ll show up again,”