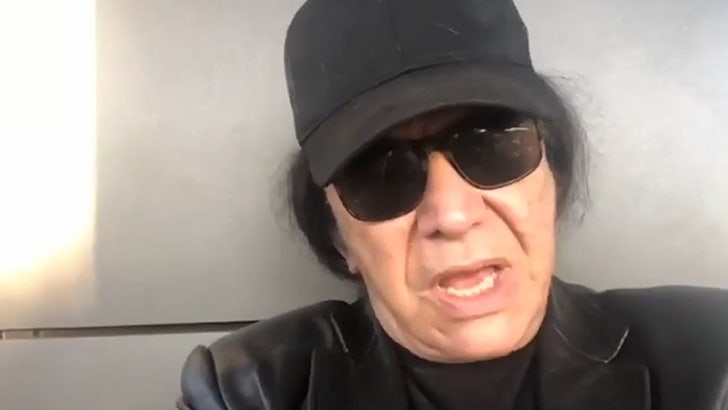 Gene Simmons is going scorched earth on anyone who’s still not vaccinated against COVID-19, and says he’s sick of people using politics — on the left AND the right — as their rationale for remaining unvaccinated.

The KISS icon went on Talkshoplive’s Rock ‘N’ Roll Channel Wednesday and went off about the lingering pandemic. Keep in mind, both Gene and KISS frontman Paul Stanley caught COVID earlier this year … and one of the band’s touring crew members died from it.

And, in case anyone thought Simmons was getting political, he added, “The far left and the far right, they are both evil. They both spread all kinds of nonsense. Politics are the enemy.”

Gene lamented the fact a lot of their European fans were unable to join the band for a recent KISS cruise vacation, but said those are the breaks when people don’t wanna get the shot.

As he put it, “If you’re willing to walk among us unvaccinated, you are an enemy.”