Busta Rhymes is busting out of his unhealthy habits! The 48-year-old rapper, whose real name is Trevor Smith Jr., opened up to Men’s Health about dropping 100 pounds in a year and getting in shape.

Rhymes says he initially gained weight following the death of two important men in his life — his father, Trevor Smith, and his friend and longtime manager, Chris Lighty.

“I felt cheated. The two people I wanted to see me win were no longer here to see it,” he tells the magazine.

As a result, he didn’t keep up with his diet and stopped working out. But that soon began to change following an incident in early 2019, when he was discovered asleep in his car after a long night of partying. He was found by one of his sons, who became alarmed when he noticed his father was struggling to breathe. Rhymes says it took his son and his security team 20 minutes to wake him and get him inside.

After consulting with a throat doctor, it was discovered that there were polyps in his throat, restricting 90 percent of his breathing and he had to have emergency surgery. 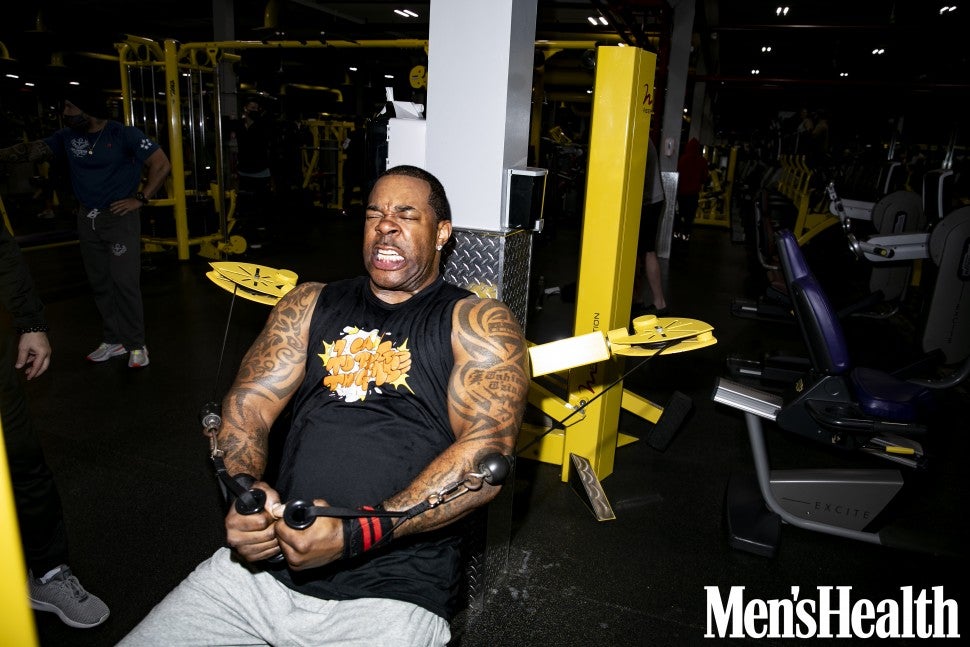 “That’s when I knew s**t was serious,” he shares. “The doctor told me that if I caught a cold or slept wrong that I could die. . . . It felt like this was on me now, and I had to steer things in a different direction. I was too young to be on all of these blood-pressure medications and acid-reflux medications.”

Shortly after the surgery, Rhymes found bodybuilder Dexter Jackson online after Jackson had tagged him in a workout video while playing his song, “Put Your Hands Where My Eyes Could See.”

“I hit him in the DM, I told him I needed his help, and I gave him my number, and he hit me back right away,” he says.

Jackson made Rhymes temporarily move to Jacksonville, Florida, for a 30-day kickstart to his training program. He did it and also adhered to an unusual new diet. 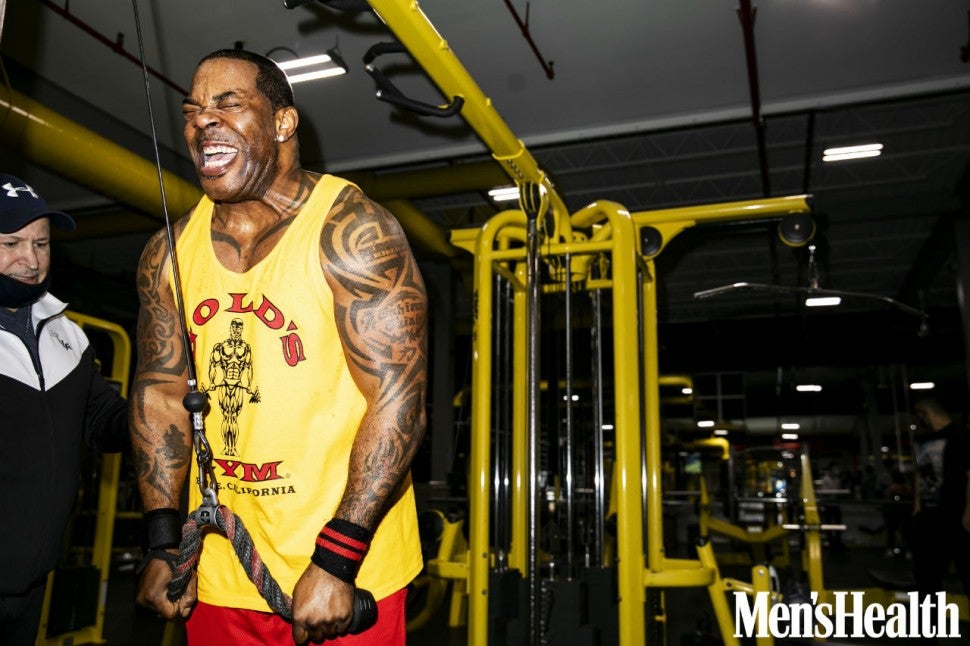 He ate every two and a half hours, “meals like 12 egg whites and oatmeal followed by a workout, followed by a ten-ounce steak,” Men’s Health reports.

These days the musician still keeps a strict diet, focusing on oatmeal and eggs at breakfast, salad for lunch, and fish or steak with vegetables for dinner.

Today he weighs 254 pounds. For other stars who got in shape during quarantine, watch the clip below: