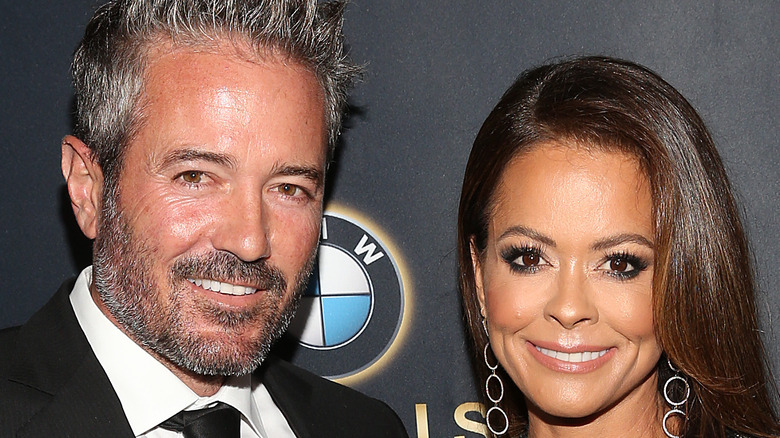 On Sept. 9, 2021, People announced that television personality Brooke Burke got engaged to her boyfriend of two years, real estate developer Scott Rigsby. Just a day after the news broke, the “Dancing with the Stars” star posted a photo to Instagram, showing off her new engagement ring alongside her future husband with the caption, “Rigsby, pasta, diamonds…. that’s amoré.”

Back in December 2019, when the pair had only been dating for a few months, Burke admitted to Us Weekly that she had been hearing wedding bells. “I think the right person makes you want to get married again,” Burke said. “I would have said, ‘Hell, no’ a year ago. ‘Hard no!'”

Burke, who was previously married to and shares children with Garth Fisher and David Charvet, spoke about how much she liked married life in 2018 after her split with Charvet on the Modern Mom blog. “We have tried to keep our separation private for some time out of respect for our children and family,” Burke said, per Closer Weekly. “Although I believe this is a positive change, I am deeply saddened because I loved being married.”

From the moment Burke and Rigsby made their relationship red carpet official in 2019, it was clear that Burke was setting her sights on eventually walking down the aisle with the real estate developer. 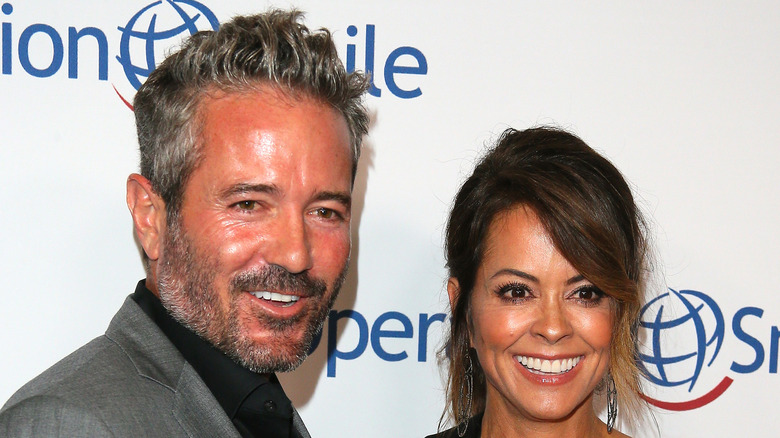 Brooke Burke and Scott Rigsby have been smitten with one another since they first started dating at the end of 2019. In fact, just three months after their relationship became public, Burke gushed about Rigsby during the Women’s Guild Cedars-Sinai Annual Luncheon in November 2019.

“It is awesome because he is a great father,” Burke said at the luncheon, according to People. “He has two children and that is one of the things that I love most about him. He is really kind and responsible and devoted, so our kids are getting to know each other. It’s a big deal, but it is really loving and kind, and I am really happy. He is a sweetheart, a really sweet guy. Yesterday I used the ‘B’ word. I was like, ‘Whoa! Boyfriend?! Babe, do you want to be my boyfriend?!’ I had to change his name in my contacts to ‘Boyfriend.'”

Only a few months after making their relationship official, though, the couple got to experience what married life might be like with one another when they began quarantining together during the height of the COVID-19 pandemic. “You really realize how much time you’re capable of spending with somebody,” Burke told Closer Weekly in October 2020. “We went from sort of dating to marriage [because] you are in it from morning to night. It was like, ‘Hi, babe, it’s me in my sweats again. This is it.'”

Now, after their marriage trial run, they get to do the real thing.