Home » Celebrities » Is Laurel "The Woman In All The Pictures"? ‘This Is Us’ Introduced New Characters

One of the best tricks This Is Us has learned is the "slow burn" pacing of a prestige drama within a broadcast series. The time-hopping nature of the series and the interwoven plots allow the show to keep longer-term subplots quietly simmering. For Season 5, that background bubbler is Laurel’s story, the truth about Randall’s long-believed-dead mother. But in the Nov. 10 episode, "Changes," fans found themselves asking, is Laurel "the woman in all the pictures"? And how will this new family the show introduced fit in with Randall’s?

Warning: Spoilers for This Is Us Season 5, Episode 3 follow. The series is fond of introducing new characters independently of the main narrative. Season 4’s premiere was the most notable, devoting an entire episode to meeting three strangers who would become important in the Pearson’s lives. Similarly, "Changes" opened with two new characters, a young girl and her grandfather, as they were fishing along a riverbank. They speak Vietnamese, but also English; the grandfather is set on encouraging the girl’s bilingual skillset.

Throughout the episode, the show returned to this little family and the houseboat they live in, as Grandpa made the child a meal from the fish they caught. He told his granddaughter he learned to cook to impress someone, though he would not say who. But as he served her, she asked if the woman he was trying to impress was the one "in all the pictures around here."

Finally, her grandfather admitted, yes, it’s the woman in the pictures. As the girl went off beaming that she guessed right, the camera panned over to a photo of the grandfather, as a much younger man, embracing a pretty Black woman with an enormous smile. Her hair is different, and she’s not as thin as she once was, but fans have already guessed that this woman is Randall’s birth mother, Laurel. 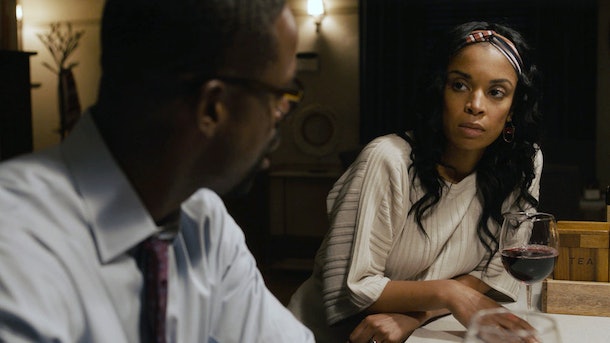 This leaves fans filled with questions of their own. "The woman in all the pictures around here" almost certainly means Laurel is gone, either dead or departed from the man who clearly loved her. Considering the grandfather keeps these photos as happy memories, it’s likely there was not a breakup, but rather that she passed away. Moreover, there are *lots* of pictures, suggesting she and he lived a long, happy life together.

It’s possible that life was long enough for them to have a child, and for that child to have a child. And yet, there did not seem to be anyone of Randall’s generation there in the houseboat. Could they, too, have died, leaving the little girl to live with her grandfather?

This direction might be a disappointment for fans hoping for a mother-son or half-sibling reunion. But it’s also the more complicated, and therefore thoughtful, way to add in this missing part of the family. If this was Laurel’s eventual husband, he is someone with whom Randall has no biological connection to, and the girl could be the daughter of a half-sibling he’ll never meet.

That’s not to say Randall and Beth won’t choose to embrace these new extra relations. It’s the Pearson way. But it does leave fans wondering how these two families will finally meet.

Of course, that’s just one theory about how this will go. Fans will have to keep watching This Is Us on Tuesdays at 9 p.m. ET on NBC to find out the truth.

FILE PHOTO: People with banners and posters attend a demonstration against the “Global Security Bill’ that rights groups say would

FILE PHOTO: People with banners and posters attend a demonstration against the “Global Security Bill’ that rights groups say would