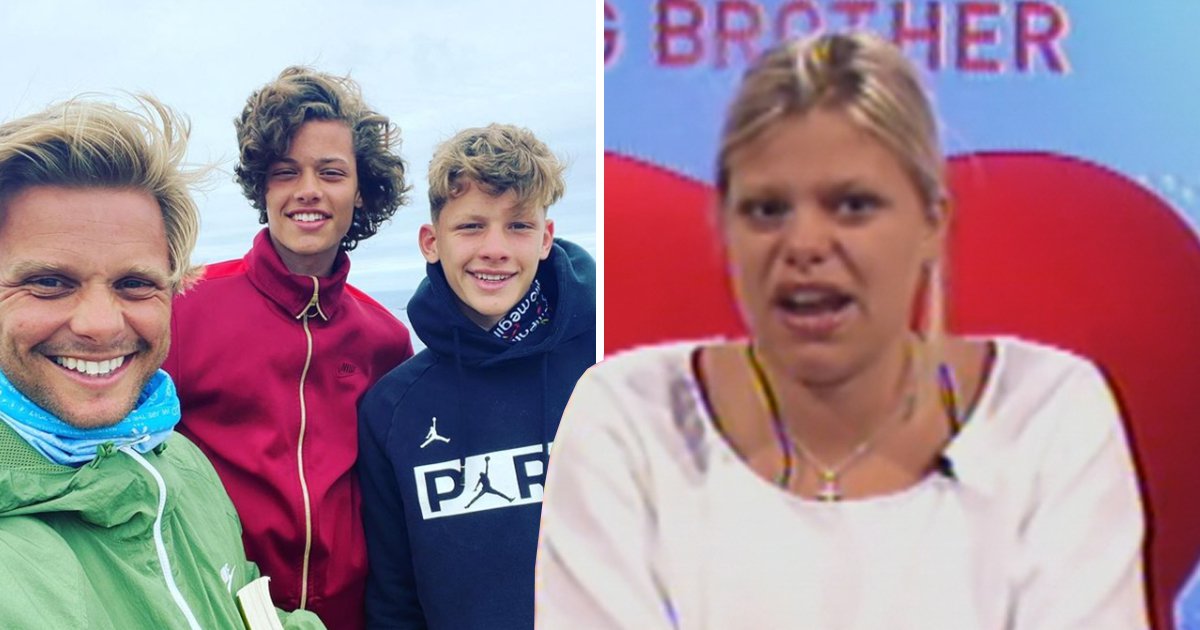 Jeff Brazier revealed he has warned sons Bobby and Freddie over the showbiz industry, after the treatment of their mum, Jade Goody.

Jade came to fame while appearing on Big Brother in 2002, and had a rollercoaster relationship with the public upon her exit from the famous house.

She was under constant scrutiny in the media after leaving the show, and was later embroiled in a race row for comments she made about Shilpa Shetty in Celebrity Big Brother in 2007 – with viewers calling her out in their droves.

Speaking to Metro.co.uk for Card Factory’s Super Dad competition, the dad-of-two explained that  he sat his sons down and urged them to stay alert when it comes to living their lives in the limelight as they get older.

‘I’ve been telling them for the last 10 years, to be honest,’ he told us. ‘I make no secret of the fact, it might sound ironic to people, that while both myself and their mum came through reality TV in terms of how I got into what I’m doing now, the truth is that actually [there are] a lot of difficulties on that path.

‘It’s a very difficult road to navigate. I’ve always tried to encourage my children to ensure that they have their own skills and talents before entering that sort of thing… I think that was always inevitable, if truth be told, the press have always wanted that continuation of Jade’s story.

‘Whilst that’s really lovely in terms of remembering Jade, it’s also maybe something to be wary of for the children, in that they need to be allowed to be their own people, and not necessarily always carry somebody else’s name before their own.

Jeff and Jade raised Freddie and Bobby in the public eye since they were born, with interest growing in their lives as they grow older, following the death of the Big Brother star in 2009.

The pair are starting to make their own mark in the industry, rubbing shoulders with famous faces at star-studded parties and bashes.

And the former Shipwrecked star said he is letting them make their own mistakes where possible, to help them grow on their own.

‘That’s in the handbook of parenthood as well, isn’t it? We unfortunately have to watch our kids fail,’ he continued. ‘Failing is ultimately part of life, and without it we never really improve and get anywhere.

‘I’m pretty sure it’s healthy to fail in certain respects, but there are little fails and big fails, aren’t there? I don’t get involved unless I really feel like it’s maybe something that they really should avoid.

‘They won’t let me make decisions for them, but they’ll always take my views on board and I don’t give my views as an instruction, as this is what you must do, but I can always just tell them what I think is going to happen if they carry on doing whatever it is that they’re doing.

‘They’ll often think about it and hopefully are intelligent enough to take the warning and take the better path. As parents you can’t be with them all the time, and you can’t take every step they take with them. A big part of them learning who they are and what they want in life has to happen away from you.

Jeff has teamed up with Card Factory ahead of Father’s Day, to launch a competition to find the UK’s Super Dad or LAD (Like A Dad) role models of the year – with nominations closing on June 13 and the winner taking home Centre Parts vouchers worth £1,000.

Celebrating the importance of the competition – and the campaign as a whole – the star added: ‘No matter what kind of family you have, both Dad and L.A.D figures play a crucial role in bringing up your children. Over the last few years, I’ve had support in raising my boys from so many people, both from outside of my family and from within.

‘I think a lot of people have an idea in their head of what a perfect, traditional family looks like. But in reality, it doesn’t matter how your family is structured, if your kids are raised by a loving Dad or LAD figure – they’re going to have all the love and support they need growing up.’

For more information, and to nominate a Super Dad or LAD of your own, visit cardfactorycompetition.co.uk.