Uh, if you’re a person who enjoys movies and television, then there’s absolutely no way you’re clueless about how well off Jennifer Aniston is. I mean…how TF could you not know (or assume) that she’s rolling in dough? Jen’s been in everything! If my 82-year-old grandmother calls herself a fan of Jen (and regularly aspires to have as much money as her), then you should too—juuust saying.

Jen’s been a household name in Hollywood for the past two and a half decades for one major reason: Friends. Sure, the final episode of the show may have aired 16 years ago, but its cultural impact has remained. Why else would it be getting a reunion special?

Jen’s been busy making bank and stacking her chips ever since Friends ended and earned herself quite a fortune as a result. And because you totally wanna know how much she rakes in, allow me to break down every single money move she’s made that contributes to her impressive net worth. Go forth and prepare to question every single financial decision you’ve ever made!

For Starters, Friends Made Jennifer a Sh*t Ton of Money

Be honest—the reason you even clicked on this article is because you wanted to know how much Jen made from Friends, right? It’s okay, I can’t fault you there. Because guess what? Jen made alllll of the money bags during her 10-year run on the show. Let’s discuss. 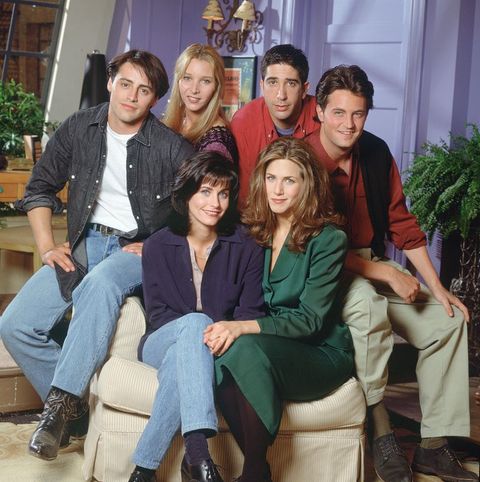 On the final season of the show, Jen took home $18 million…which breaks down to $1 million PER EPISODE! So in total, when looking at all of Jen’s salary increases, she and the rest of the Friends cast made about $90 million each before bonuses and royalties. Wild!

Ever heard of a little thing called royalties? Nope, it has nothing to do with Prince Harry and Meghan Markle (sorry). What this means is that money is paid back to actors and actresses for their performances whenever a network airs reruns of their show.

In 2000, the Friends cast signed a contract that allowed them all to get a cut of any royalties from reruns, which is kinda rare, TBH. Since Friends is still on television 16 years later, Jen gets a nice fraction of the total $1 billion the show earns in streaming and royalties revenue. Oh, how much does that work out to? Well, about $10 million to $20 million filthy-stinking-rich dollars, thanks for asking.

But that’s not all! Last year, the Friends reunion was approved for HBO Max. Sadly, the reunion had to be put on hold because of COVID-19, but it was reported that each member of the cast will make “at least $2.5 million apiece for participating in the special,” when it airs (according to Variety) so expect even more moola in Jen’s future.

Did You Forget that Jen’s Been in So. Many. Movies???

To date, Jen has been in a whopping 44 movies, which include but are not limited to Bruce Almighty, Marley & Me, The Break-Up, Just Go With It, Horrible Bosses, We’re the Millers, and more…which all made more than $200 million in box office sales. And that’s not even counting the films she’s directed or produced. ¯\_(ツ)_/¯

In total, Jennifer has reportedly made $75 million from film paychecks from 1997 to 2011, often requesting $8 million per movie. The power that has.

Let’s Not Forget About Her Endorsements, People

Because Jennifer Aniston is, well…Jennifer Aniston, her face is a coveted tool in the marketing world. Jennifer’s first major deal was with Microsoft, and she and Matthew Perry starred in a 60-minute instructional vid for the Windows 95 operating system.

I kid you not:

In the ’90s, Jen also appeared in the (in)famous “Got Milk?” picture ads and Diet Coke commercials, the latter of which she actually starred in with the entire Friends cast.

Later down the line, Jennifer branched out to do L’Oréal hair color commercials, an “eight-figure endorsement deal” with Aveeno, and a $5 million partnership with Emirates Airlines. Basically, Jen’s been booked and busy 5ever.

Jen Dabbled in the Beauty Industry Too

Sorry to burst your bubble, but celebrity beauty did not start with the creation of Fenty Beauty. Jen has released six fragrances through Elizabeth Arden since 2010 and became a partial owner of haircare brand Living Proof in 2012, so don’t sleep on her!

Unilever bought out Jennifer’s shares of Living Proof in 2016, when the company was reportedly worth $60 million to $75 million. Although the amount she earned wasn’t disclosed, something tells me Jen wouldn’t leave a company for mere chump change.

So, What’s Her Total Net Worth?

According to Celebrity Net Worth, Jennifer Aniston’s net worth is $300 million, which, ironically enough, is the same as Brad Pitt’s net worth. Furthermore, Jennifer makes about $25 million to $30 million per year. So Jen, if there’s any chance you’re reading this—please know that I am currently accepting donations to The Charity of Me. Thank you in advance.