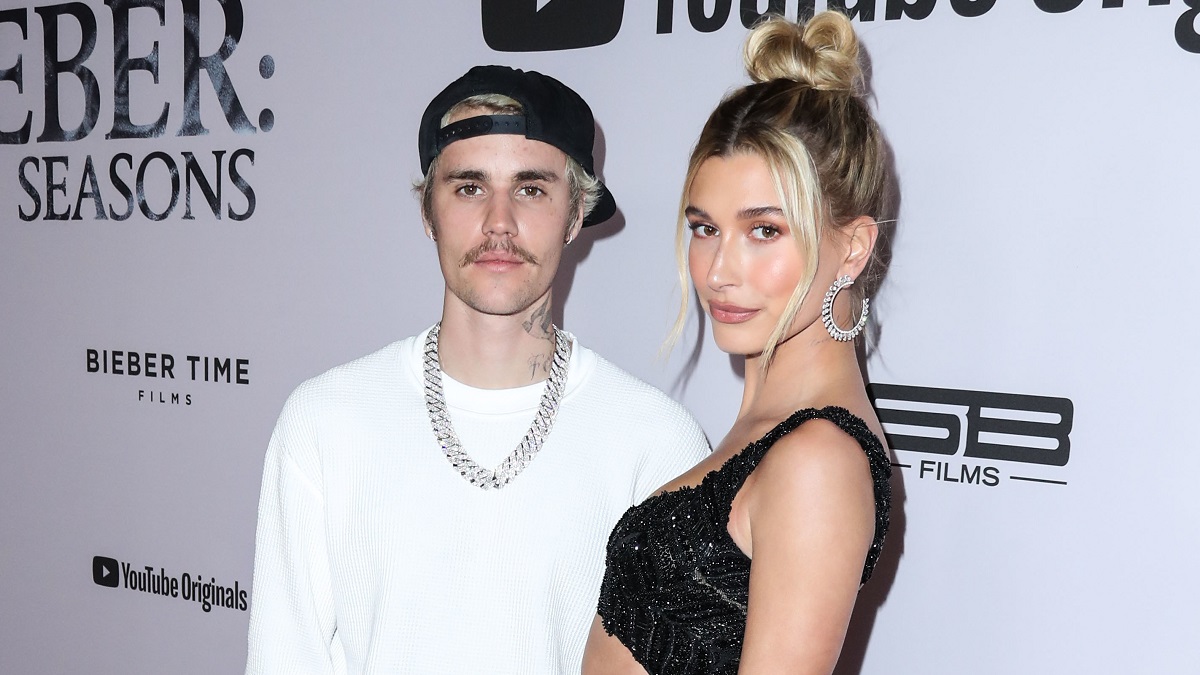 Bieber was dressed as usual in Drew House merch.

He wore a maroon sweatsuit, a green knit cap, a gold wristwatch, and a pair of grey and white sneakers. He wore bling around his neck and dark shades.

Hailey was dressed in skintight maroon leather pants and a black buckle belt. She also wore a brown leather overcoat and tied a dark brown scarf around her neck.

The model completed her chic ensemble with a pair of heeled red court shoes embellished with a black ribbon. She clutched a black handbag in her right hand.

Both were mindful of the hazards of the ongoing COVID-19 pandemic as they wore face masks.

Bieber wore a yellow face mask, while Baldwin opted for a black one.

They were also later spotted returning to their apartment in NYC.

The power couple’s latest sighting comes just after Bieber was spotted heading to the studio in NYC for Saturday Night Live (SNL) rehearsals.

He was dressed in all yellow Drew House merch, orange knit cap, and white sneakers. 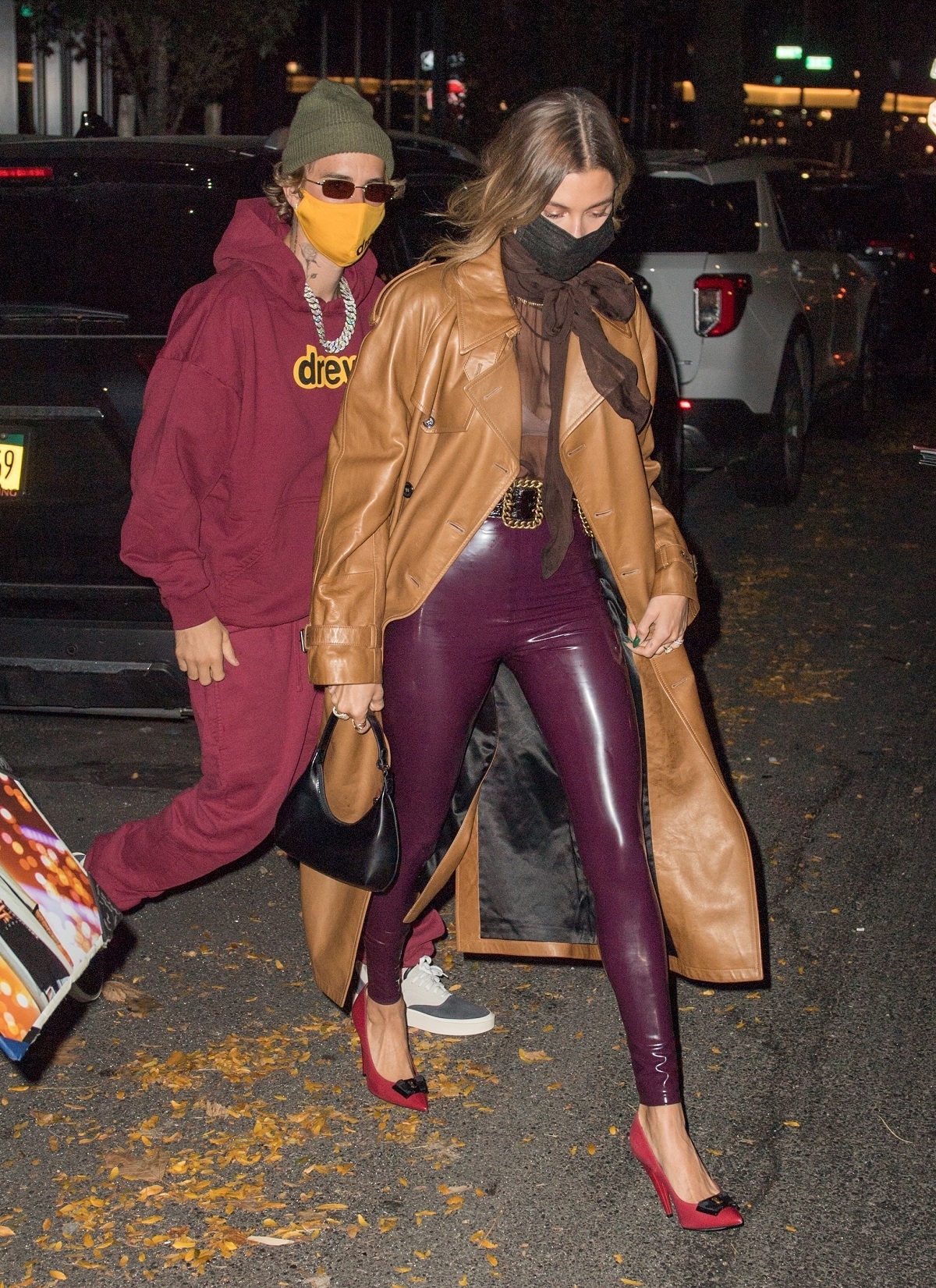 Bieber and Hailey are keen on starting a family

Bieber and Baldwin have been in the news lately.

Us Weekly reported on Wednesday that the couple wants to start a family “when the time is right.”

A source that spoke with the website said Justin is currently focused on his career while striving to be a good husband to his wife.

The Yummy singer is keen on starting a family, and Baldwin is “on the same page” with him on the matter, according to a source close to the couple.

“They are both on the same page and enjoying being the best partners possible to one another,” the source said.

Bieber and Baldwin welcomed a niece in August

Fans have been wondering when the couple would start their family since they welcomed a niece in August.

Bieber and Hailey got legally married at a New York City marriage licenses courthouse in September 2018 after getting engaged in July 2018.

But they waited until November 15 to confirm on social media that they were legally married.