The ‘Stronger’ rapper and the Yeezy designer is seen in Los Angeles just days ahead of what would have been his seventh wedding anniversary to the ‘Keeping Up with the Kardashians’ star.

AceShowbiz –Kanye West was spotted for the first time in months amid his divorce from Kim Kardashian. Nearly two months after he responded to the “Keeping Up with the Kardashians” star’s divorce filing, the “Stronger” rapper was caught on camera spending time in Los Angeles.

The 43-year-old MC was photographed in the city on Friday, May 21, just a few days ahead of what would have been his seventh wedding anniversary to his now-estranged wife. In some pictures obtained by Daily Mail, he was seen on a phone call as he was accompanied by a security guard.

The snaps saw Kanye’s security guard opening a door for him. He then stood behind the rapper as he walked into the building. For the outing, the Yeezy designer went all black from head to toe. He also could be seen carrying a pair of blue footwears. 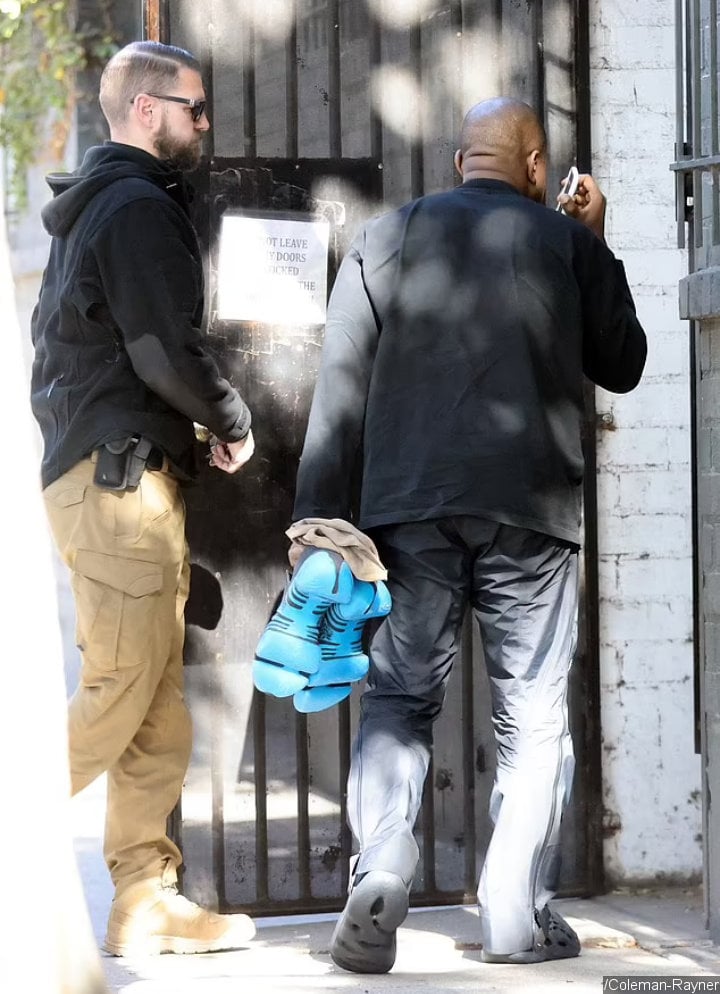 Kanye West was spotted for the first time since responding to Kim Kardashian’s divorce filing.

The pictures emerged after Kanye filed his response to Kim’s divorce filing on April 9. In his documents, it was stated that he agreed to share legal and physical joint custody of their children North, Saint, Chicago and Psalm. He also requests to terminate the court’s ability to award spousal support on both sides.

Kim submitted the divorce paper on February 19. Earlier this month, it was reported that the younger sister of Kourtney Kardashian has moved on from her estranged-husband by keeping her children busy and creative. “Kim is really focused on her family at this time,” a source first told Entertainment Tonight.

“Kim has been with the kids majority of the time. The kids and her enjoy doing outdoor activities together and they all spend a ton of time with their cousins. Kim loves keeping them busy, creative, and on the go,” the so-called insider went on. “[She] is continuing to be a great mom and focusing on work.”