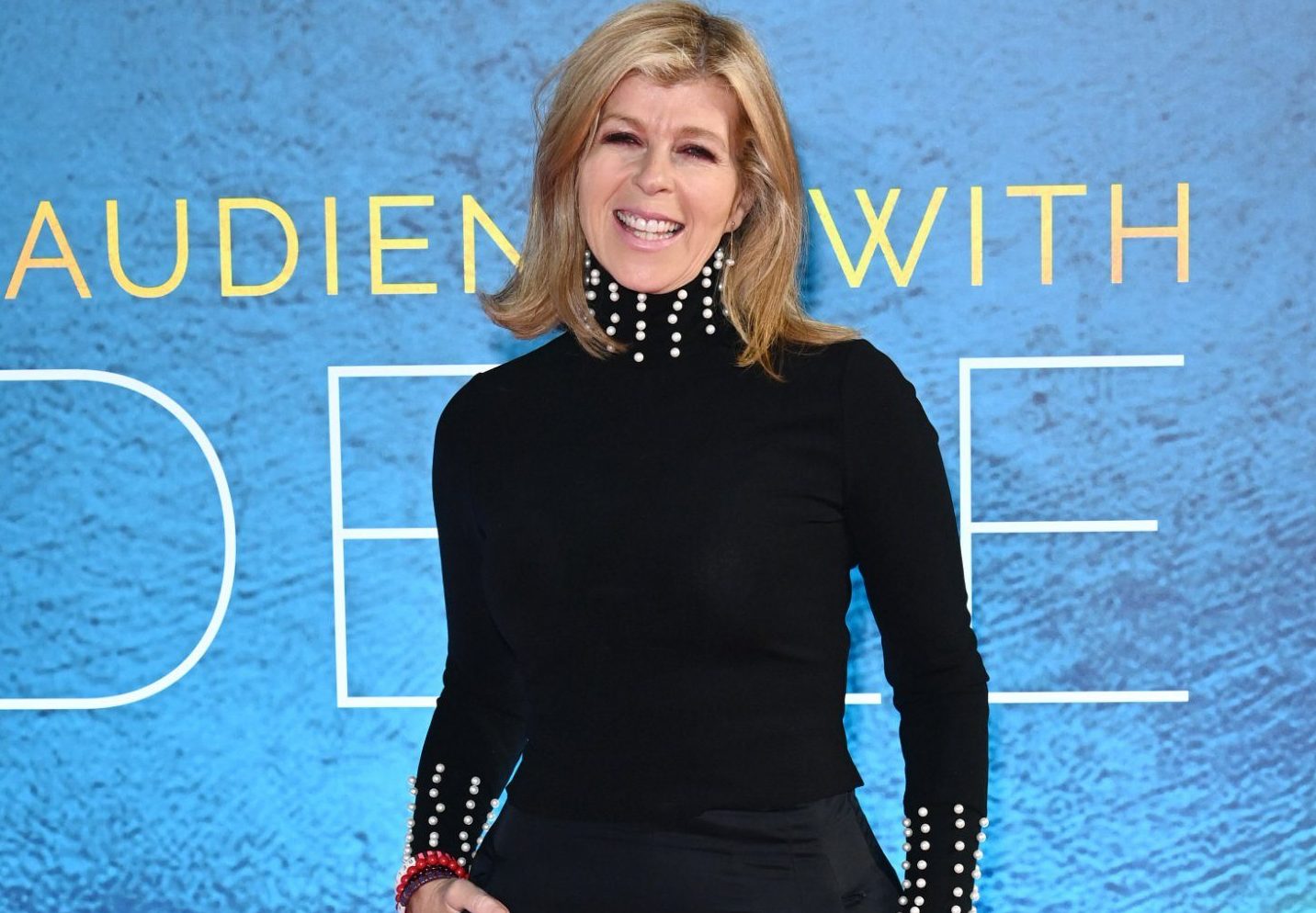 Kate Garraway will be recognised in the Queen’s upcoming New Year’s Honours list, it has been claimed.

According to reports, she is set to receive a gong to commemorate her 32-year career, including her recent documentary on her partner’s Covid-19 battle – which was praised by many.

An insider told the Sun that she is likely to land either a CBE or MBE for her contribution to broadcasting.

‘Kate has bravely shared her family’s struggle with the devastating effects of Covid, helping to educate and raise awareness,’ they said.

‘She’s spent over 30 years on the frontline of broadcasting and shown true dedication and survival in a tough industry.

‘I’m sure she will feel truly humbled, thrilled and surprised to be chosen. This would be the ultimate accolade.’

Derek was taken to hospital in March 2020 after contracting Covid and was placed in a medically induced coma soon after.

His body was severely ravaged from the disease, which caused havoc and sparked a series of other health issues.

However, the former Labour lobbyist defied the odds and was released from hospital in April of this year, more than 12 months after he was admitted, allowing him to continue recovery at home.

Kate recently offered an update on her partner’s condition during an emotional appearance on Life Stories with Piers Morgan – which she is now set to helm after her former co-star departed the programme.

‘It’s moments like that which make you realise he is there, and we have had others. He will turn to me and say “I love you”. He is there, he has fought so hard to stay in this world and I’m not giving up on him, ever,’ she said.

‘He will have moments of clarity, then it’s like he disappears but then he finds a voice.’

‘It does feel like I have walked through a fiery furnace, or fell down a rabbit hole. The world went dark and I’m still looking for the light at the end of the tunnel.

‘Covid has devastated him, from the top of his head to the tip of his toe. His digestive system, his liver, his heart, his nervous system. We’re pretty sure the inflammation did pass through his brain.

‘Fundamentally he is in a terrible state, but look: he’s alive.’