Members of the royal family stepped out for the Garter Day service on Monday, including Prince Charles, the Duchess of Cornwall, Prince William and the Duchess of Cambridge.

Earlier in the day, Buckingham Palace confirmed that the Queen‘s second son Prince Andrew would make a private appearance, attending a behind-the-scenes lunch and the investiture ceremony, and he would not be seen in public.

WATCH: What is the Order of the Garter ceremony?

The first royals pictured arriving for the ceremony were Kate and the Countess of Wessex. They were on hand to support Camilla who was installed as a Royal Lady of the Order of the Garter. 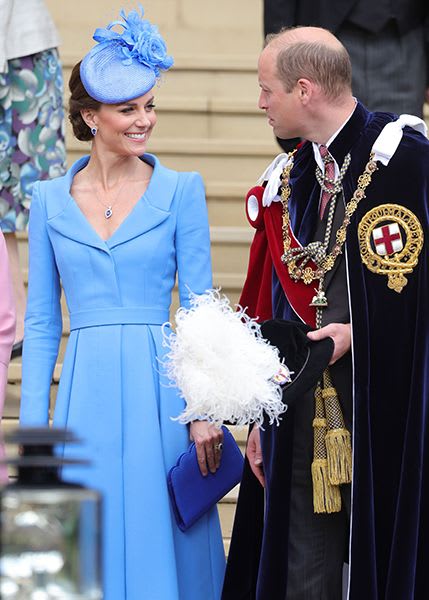 What is the Order of the Garter?

The Order of the Garter is the oldest and most senior Order of Chivalry in Britain. It is also one of the most exclusive – only 24 knights are allowed at any given time, along with the Queen, who is sovereign of the Garter, and several senior royals like Prince William and Prince Charles. 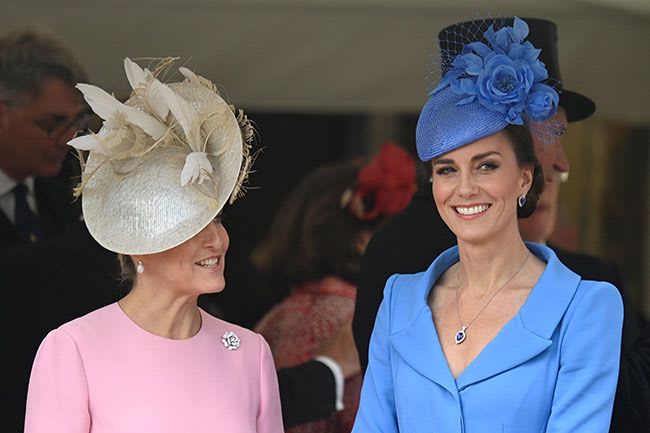 Knights of the Garter are chosen personally by the sovereign to honour those who have held public office, who have contributed in a particular way to national life, or who have served the sovereign personally. In the past, they have included Sir Winston Churchill and Sir John Major.

The tradition started in medieval times when King Edward III was so inspired by tales of King Arthur and the chivalry of the Knights of the Round Table that he set up his own group of honourable knights, called the Order of the Garter. 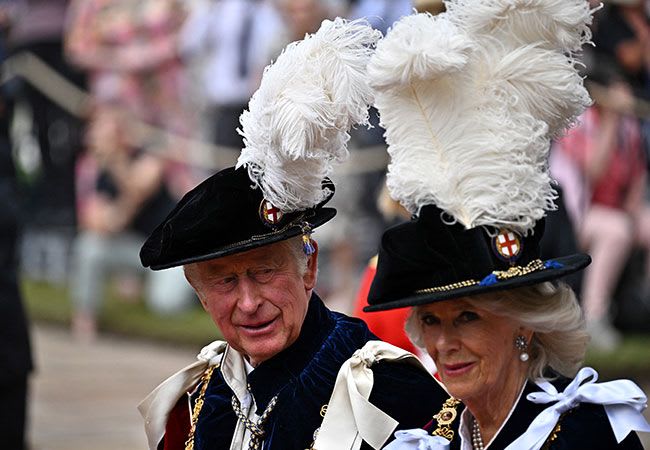 What happens on Garter Day?

Every June, the iconic Garter Day procession takes place at Windsor Castle. This is when the Queen formally invests any new Companions with the Order’s insignia in the Throne Room of the Castle.

She entertains the group at a lunch, and then they all process on foot to a service in St. George’s Chapel. There is a short service where any new Companions are installed. The sovereign and other members of the Order then return to the Upper Ward of the castle in carriages and cars. 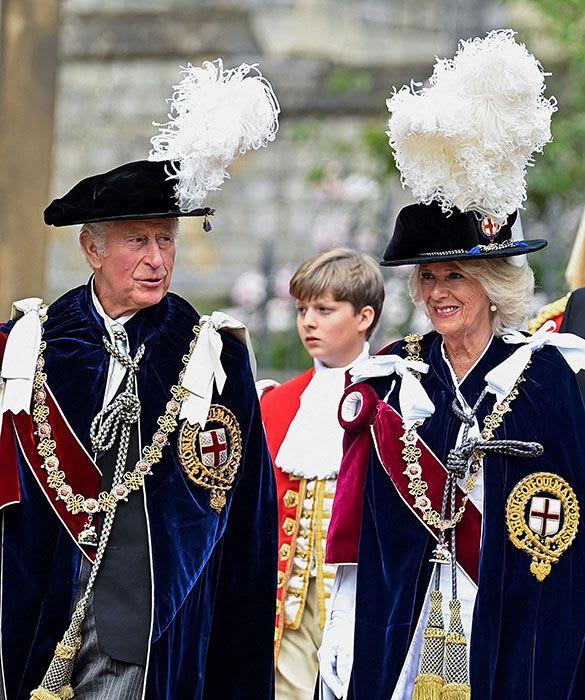 Prince Charles and Camilla walked in procession to the Chapel

The day is one of the most traditional and colourfu ceremonies in the Queen’s calendar. She and the Knights process in grand velvet robes, glistening insignia and plumed hats, accompanied by a marching band and Officers of the Order, all in grand ceremonial dress.

Cherie Blair with her children

It was a particularly momentous occasion for the Duchess of Cornwall as this year she was installed as a Royal Lady of the Order of the Garter, following her appointment in December.

Meanwhile, because of her mobility issues, the Queen did not take part in the procession of Garter Knights who walked through the grounds of Windsor Castle to St George’s Hall where the annual service commemorating the Order is held. In past years, the monarch, 96, has travelled by car to the place of worship. 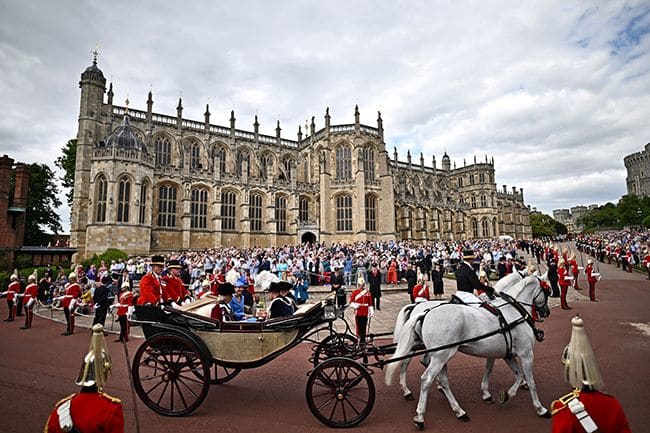 Her Majesty did attend the behind-the-scenes lunch and the investiture ceremony though.

Prince Andrew, who is one of the Knights, also attended the luncheon and investiture, but was not seen in public. A “family decision” was taken to limit his involvement.

Make sure you never miss a ROYAL story! Sign up to our newsletter to get all of our celebrity and royal news delivered directly to your inbox.