The Los Angeles Laker player’s dig came after Thompson, 30, brought up his 2015 overdose in the comments of Kardashian’s latest bikini pic. 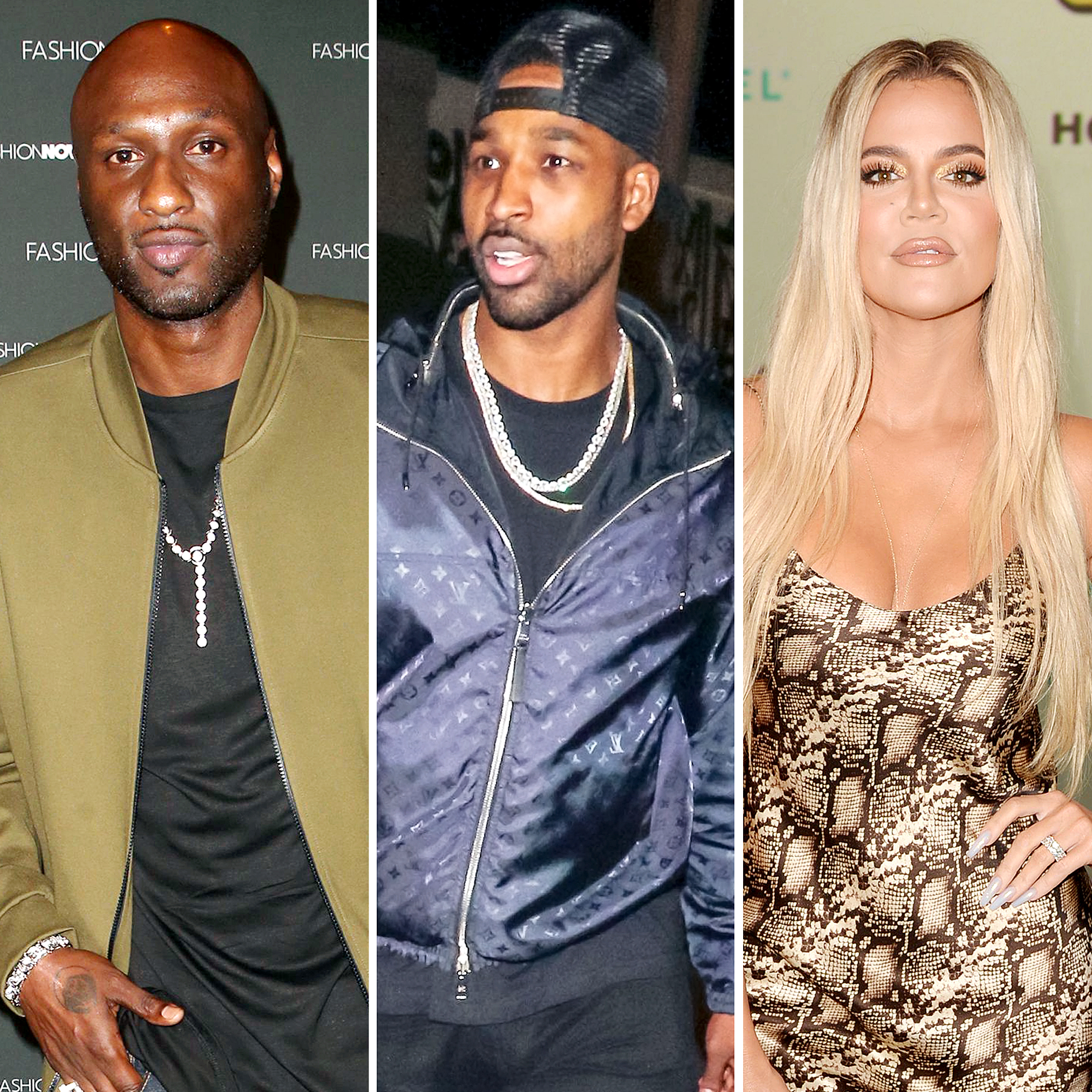 The Good American cofounder, 37, shared a photo of herself while standing under an outdoor shower last week. Odom wrote “hottie” in response to the snap and added several emojis: “🔥🔥😍😍❤️🥰🥰.”

Thompson, who initially posted some flirty emojis on the photo as well, returned with a second message that was intended for Odom.

All the Times Tristan Thompson Insta-Flirted With Khloe Kardashian

“@lamarodom God brought you back the first time. Play if you want, different results 🤷🏾‍♂️🤷🏾‍♂️,” the Ontario native wrote at the time.

The Keeping Up With the Kardashians alum was married to Odom from 2009 until 2013. Their divorce was finalized in December 2016, after the TV personality temporarily withdrew her petition after his overdose in October 2015.

Kardashian moved on with Thompson in September 2016. They announced that they were expecting their first child together one year later. The couple broke up in 2019 when the athlete cheated with Kylie Jenner‘s former friend, Jordyn Woods.

After spending time together in quarantine, Us Weekly confirmed that the duo were back together in August 2020. However, a source told Us in June that Kardashian and Thompson called it quits once again.

“They broke up a few weeks ago. They remain amicable toward each other and will continue to coparent [their daughter],” an insider revealed at the time.

Another source explained that Kardashian was still working on finding a new normal with Thompson since their split.

“Khloe still loves Tristan and would take him back in a heartbeat, but that’s not happening any time soon,” the second source exclusively told Us one week later. “They spent pretty much 24/7 together and now that she broke up with him, they’re not around each other as much anymore. She’s trying to just adjust and transition into being friendly coparents and separate her emotions from him.”

“They were doing well up until these girls came out saying they hooked up with Tristan,” the insider noted. “She struggles because Tristan is the father of True, and she wants to be on good terms with him but is having trouble because she sees him as a cheater and thinks it’ll continue to happen if she takes him back.”

Odom, for his part, explained earlier this year where he stands with his ex-wife.

“Unfortunately, you know, due to my behavior and some bad decisions, we don’t really talk any longer,” he said on SiriusXM’s “Radio Andy” show in May. “I miss their family tremendously. We have to live with the decisions that we make and then, hopefully in time people heal and [will] be able to forgive me.”