Fans watching Machine Gun Kelly’s performance at the Indy 500 were surprised by a special appearance from Megan Fox on Friday. The 31-year-old musician brought his girlfriend out at Barstool Sports’ party at Grand Park in Westfield, Indiana.

The 35-year-old actress put her toned abs on display as she attended the event in a black long-sleeved crop top, jeans and black heels. Kelly — who couldn’t have looked prouder to have Fox by his side — wore a black tank top, cool reflective pants and black boots. 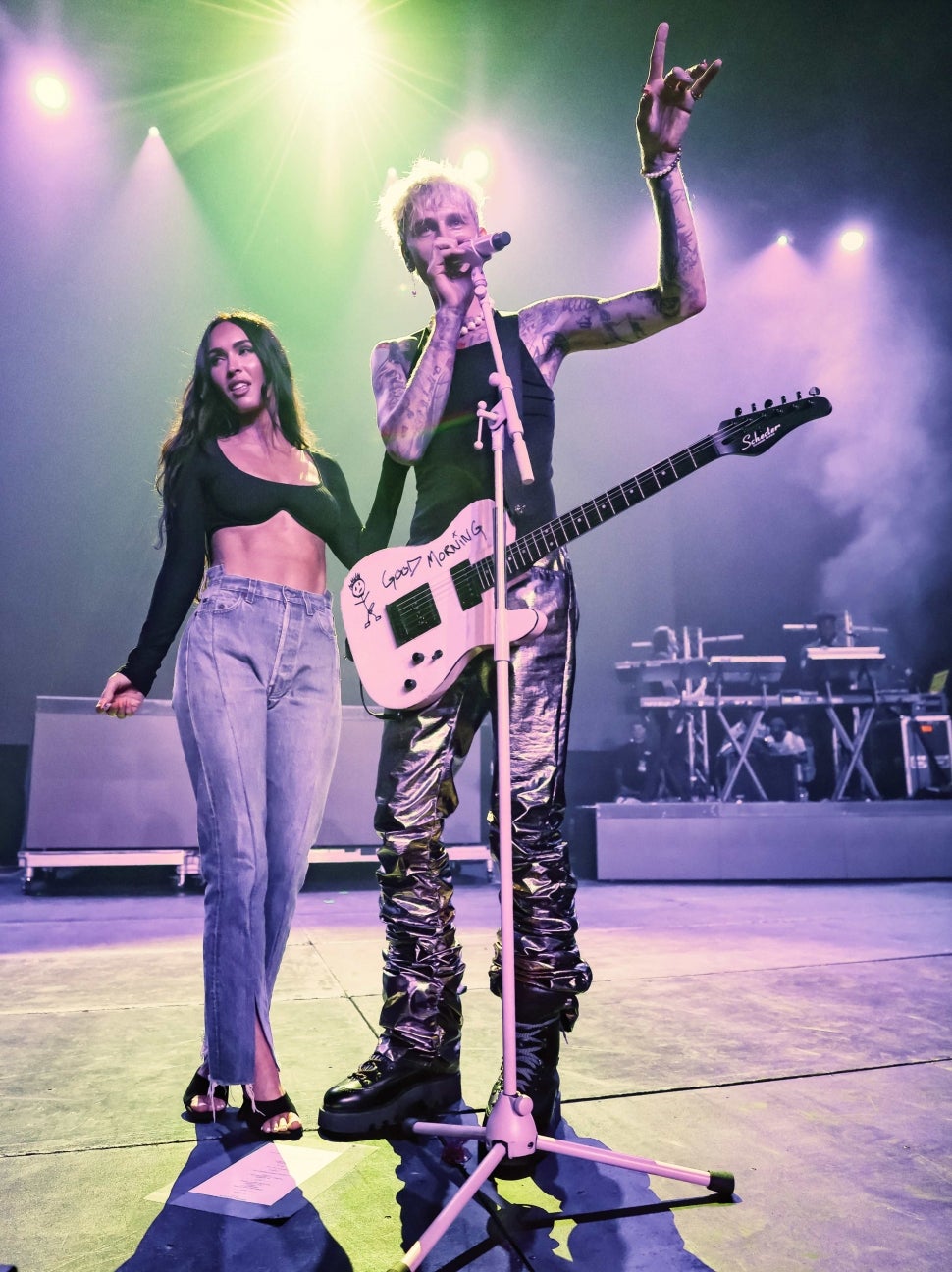 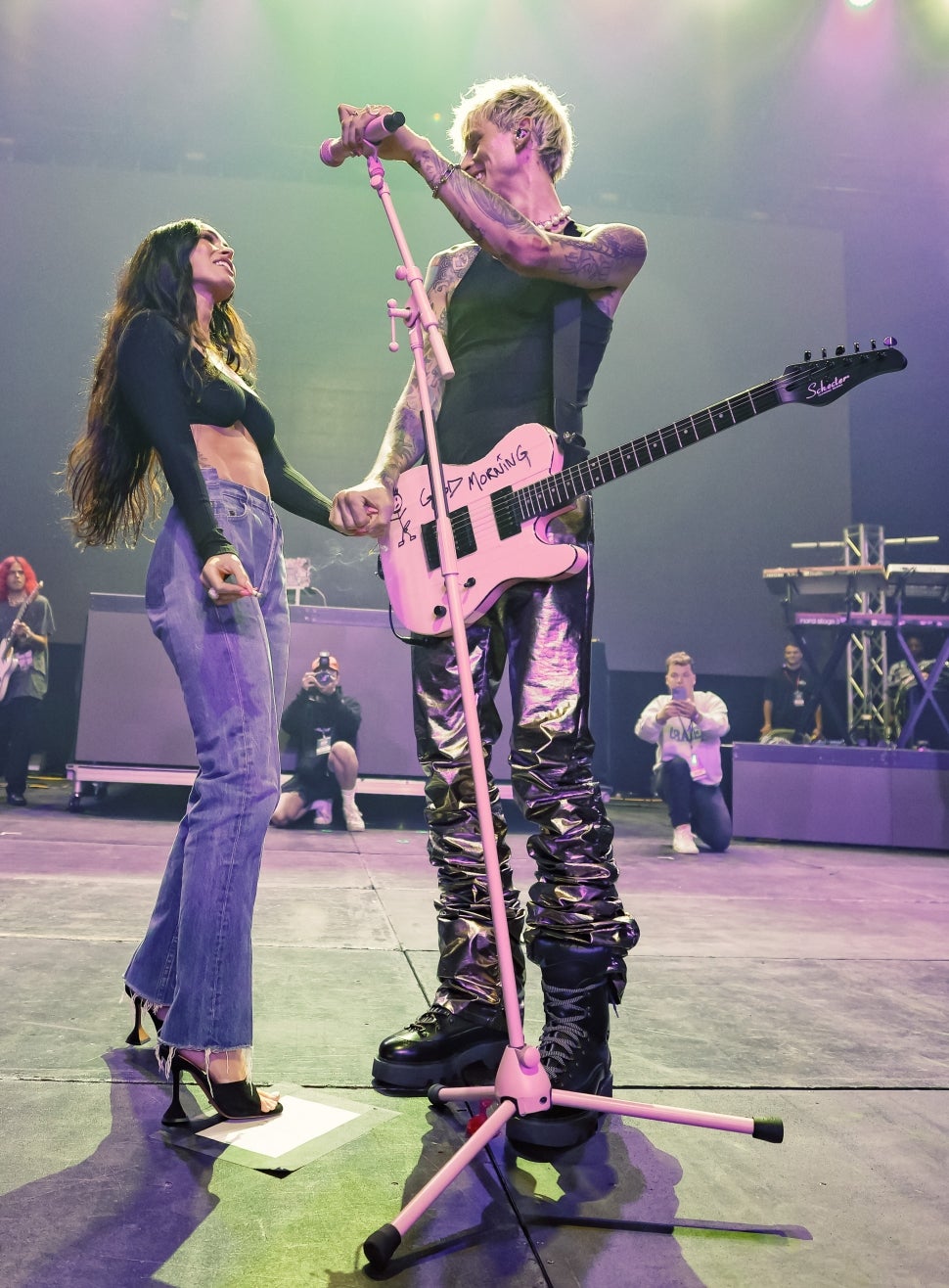 The appearance is one of several Fox and MGK made together last week; including the Billboard Music Awards and iHeartRadio Music Awards.

The pair definitely seems serious — and a source tells ET earlier this month that Kelly “would marry Megan in a heartbeat.”

Fox “is definitely in love” with her beau, but is “having a great time with where things are at now,” the source said. The pair met in March 2020 on the set of their upcoming movie, Midnight in the Switchgrass.

“She really takes her kids into consideration and knows that taking that next step would be a big adjustment, but it’s not off the table,” the source said of the three kids  — Noah, 8, Bodhi, 7, and Journey, 4 — Fox shares with her ex, Brian Austin Green.

As for Green, the source said he “approves” of Fox’s relationship, and that the actress “is fine enough” with his current girlfriend, Sharna Burgess, who he was first linked to in December.

See more in the video below.