Home » Celebrities » Meghan Markle Speaks Out About Her Children’s Book

Meghan Markle is offering new insights into her children’s book, “The Bench.” The Duchess of Sussex announced her foray into the literature world back in May when Random House confirmed the former “Suits” actor had penned a story inspired by the relationship her husband, Prince Harry has with their son, Archie.

“‘The Bench’ started as a poem I wrote for my husband on Father’s Day, the month after Archie was born. That poem became this story,” Meghan explained ahead of its release (via Los Angeles Times). The former senior royal then went on to praise illustrator Christian Robinson for the way he “layered in beautiful and ethereal watercolour illustrations that capture the warmth, joy, and comfort of the relationship between fathers and sons from all walks of life.”

She added that the “representation was particularly important to [her]” as she shared how she and Robinson “worked closely to depict this special bond through an inclusive lens.”

“The Bench” was officially released on June 8, but didn’t exactly set the book charts on fire in the U.K. It failed to make it onto the U.K. Official Top 50 chart following a week on sale and reportedly sold 3,212 copies (via Mail Online). However, it faired a lot better in the U.S. and hit the top spot on The New York Times Bestseller list, which inspired Meghan to share a message to celebrate.

Scroll on for what she’s saying now.

Meghan Markle is 'encouraged' by The Bench's success 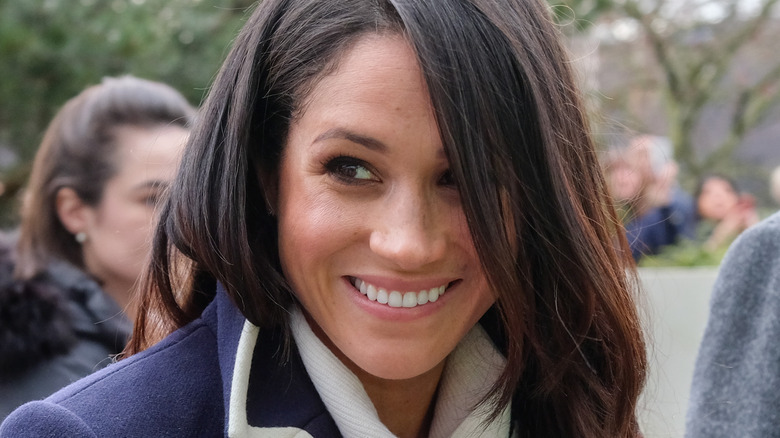 In a special message posted to Meghan Markle and Prince Harry’s personal Archewell blog, Meghan gushed about the success of “The Bench” as she celebrated its success on The New York Times Bestseller list.

“While this poem began as a love letter to my husband and son, I’m encouraged to see that its universal themes of love, representation and inclusivity are resonating with communities everywhere,” she wrote in the June 16 post, which was shared with the headline, “Thanks to You, ‘The Bench’ is a #1 ‘New York Times’ Bestseller.”

Meghan then continued, “In many ways, pursuing a more compassionate and equitable world begins with these core values. Equally, to depict another side of masculinity — one grounded in connection, emotion, and softness — is to model a world that so many would like to see for their sons and daughters alike.”

The mom of two – Harry and Meghan welcomed their daughter, Lilibet Diana, into the world on June 4 — then referred to the book as a “special project” in the statement, before thanking fans for their support.

The message was posted as part of a blog post that appeared to be constructed by Harry and Meghan’s team, which offered “Congratulations to everyone involved in the project.” Congratulations, indeed!