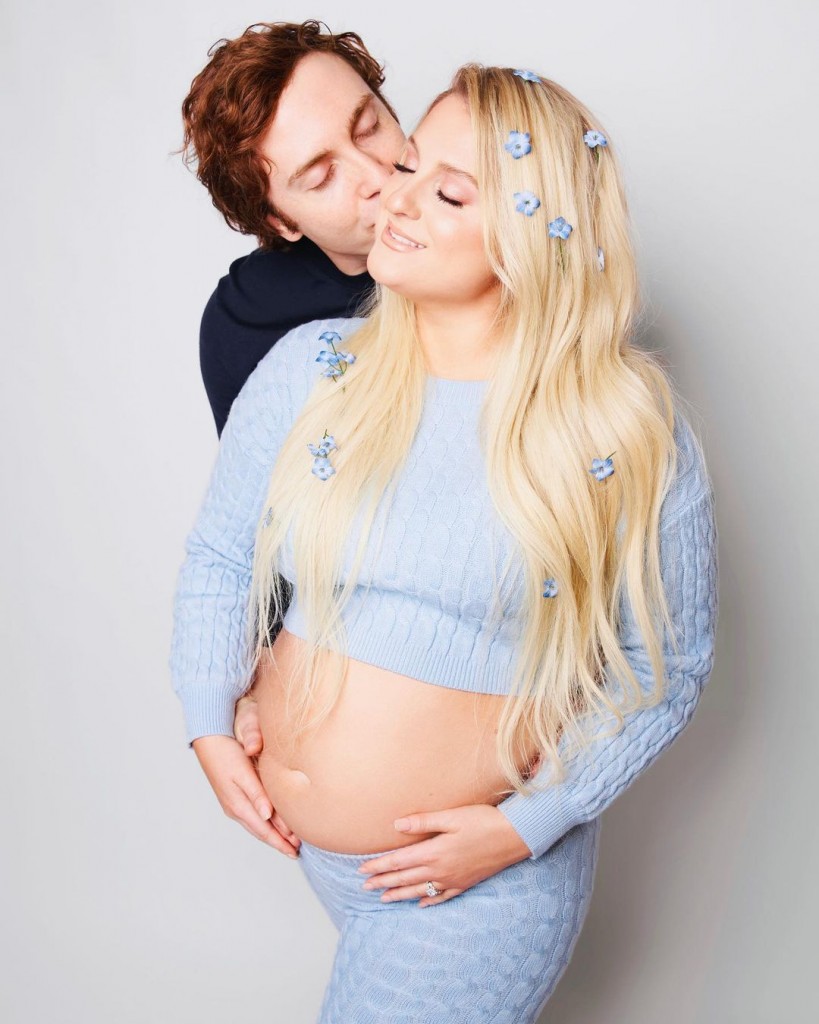 Meghan Trainor and Daryl Sabara have been married for close to three years. Their son, Riley, is eight months old. For the most part, Meghan and Daryl’s relationship has been drama free. Daryl’s not only okay with how close Meghan is with her brothers, he seems to have embraced the whole family dynamic. We know they’re crazy about each other. While Meghan and her brother Ryan appeared on Nicole Byer’s podcast, Why Won’t You Date Me, Ryan revealed just how crazy they are for each other. Ryan told Nicole he was actively avoiding relationships because of Meghan and Daryl’s bond. But Ryan said they were ‘weirdly’ close, as in: “they poop together.” When pressed, Meghan admitted she had two toilets installed next to each other in their new home for the purpose of using the bathroom together.

While appearing on the “Why Won’t You Date Me?” podcast hosted by Nicole Byer, the “All About That Bass” singer and her brother Ryan Trainor spoke about what he’s looking for in a relationship. He explained that he wants to “avoid” a relationship like Meghan’s “at all costs” because she and Sabara are so close.

“You guys are weirdos, bro,” he said to his sister. “They poop together. She’s pooping and Daryl’s like, ‘I’m going to go hang out with you now!’”

She then revealed that they go to the bathroom together so often that they actually had two toilets installed side by side in their new home. According to Meghan, the design is even handier now that they have a young child.

“We just got a new house and we did construction — nobody knows this — but in our bathroom, there was one toilet,” she said. “A lot of times in the middle of the night when we’re with the baby, we gotta pee at the same time. So I was like, ‘Can we please have two toilets next to each other?’”

Meghan noted that their contractor laughed and thought she was joking but later obliged.

She said they now have two toilets “sitting next to each other,” and that they use them together “often.” However, according to Meghan, she and her husband have “only pooped together twice” because it “smells foul.”

Going to the bathroom with the door open or in front of each other is a hot button with couples. I find that people are generally all for or dead against it and arguments break out about what those views say about you. So, I won’t weigh in on that. I’m confused by Meghan’s stated logic, though. I’m sure that is not the only bathroom in the house. Convenience aside, surely one can find another bathroom to use. And peeing doesn’t take that long, even an old broad like me can hold a middle of the night pee until my partner is done with his. As for actively using the restroom together, again, this must be a choice. I’m convinced they did not build a one bath home. So Meghan is admitting she and Daryl can’t stand to be apart for the duration of a restroom break. That’s just… a lot. A lot of information, a lot of together, a lot of – everything. Too much, some might say.

But speaking as a mom – the bathroom is the one place you get a moment to yourself! Why – why would anyone intentionally arrange to have that sanctuary defiled with another throne?! Can you imagine their fights though? Instead of a pillow, blanket and directions to the couch, Meghan hands Daryl a roll of two-ply, the crosswords and tells him he’s pooping in the guest bath tonight. 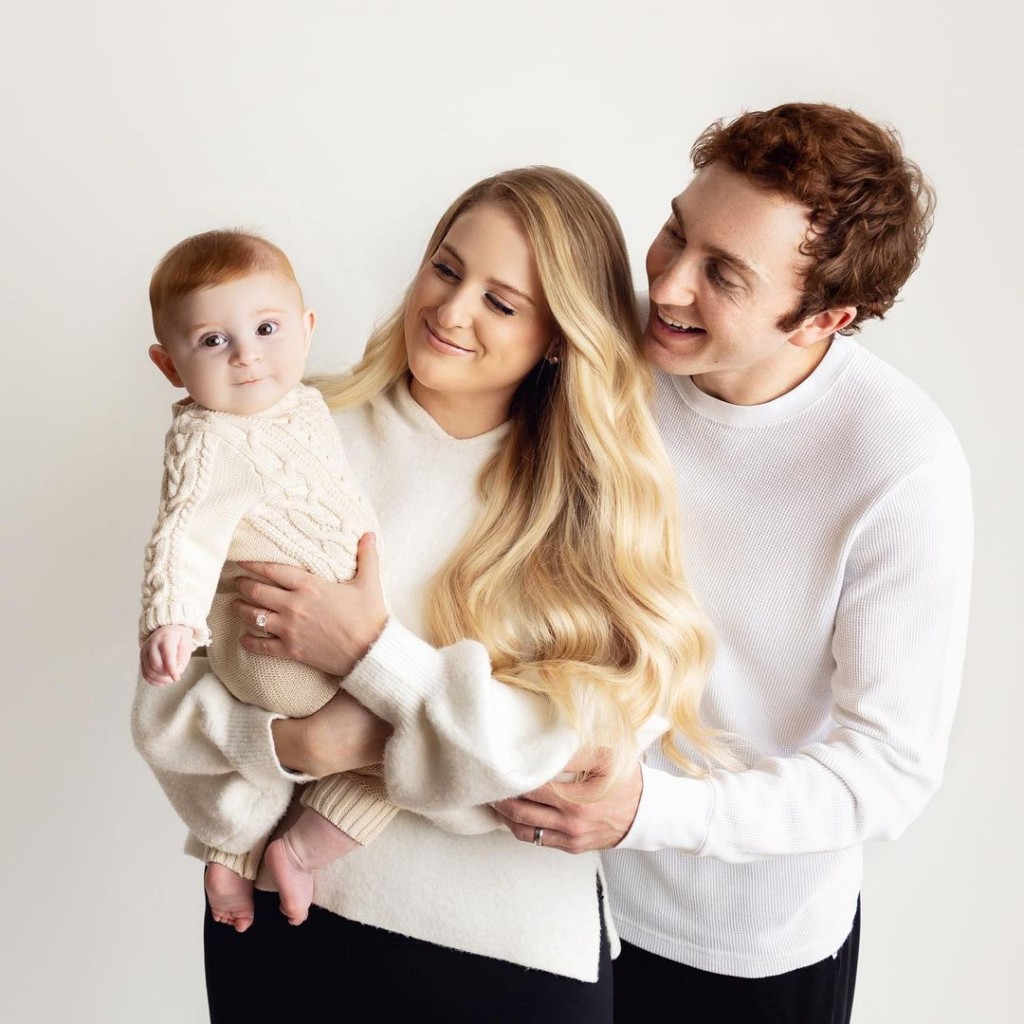 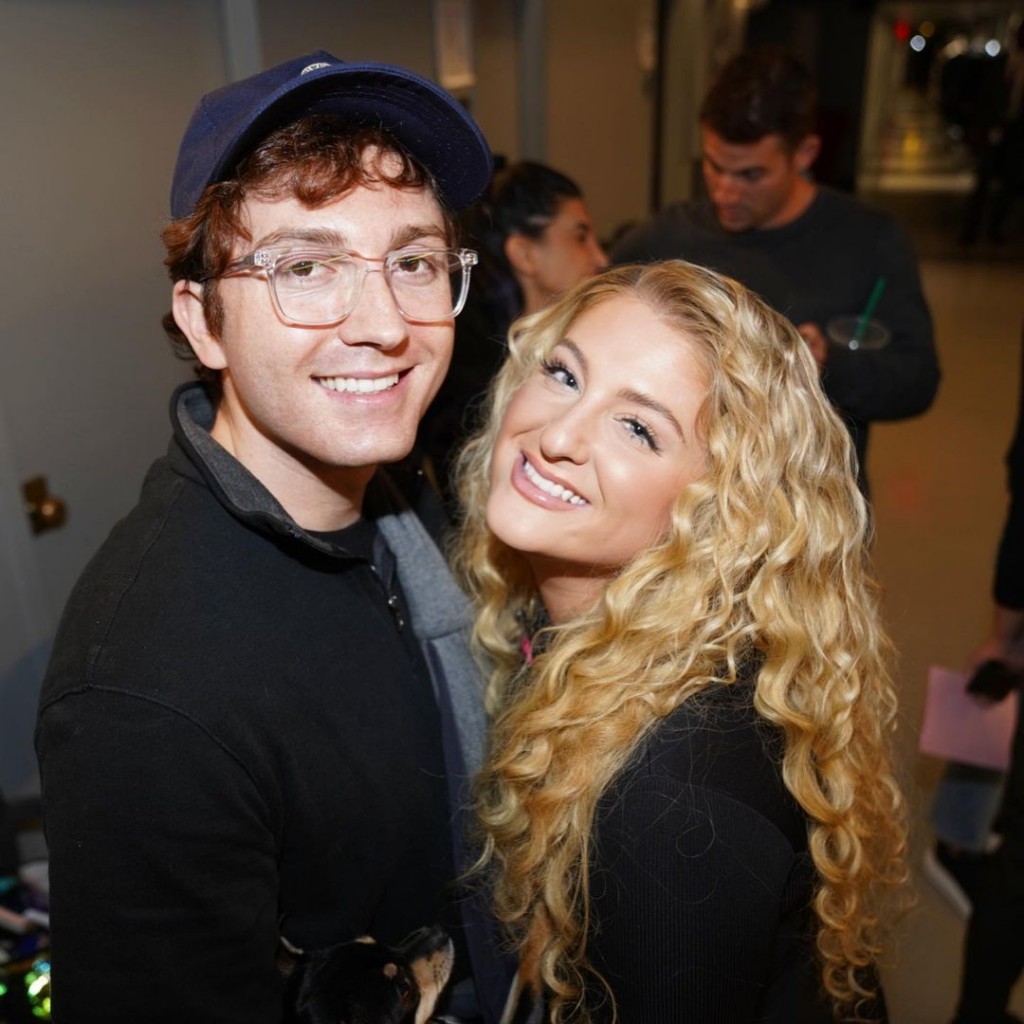