James Newton Howard is no stranger to the Western. He composed the scores for Wyatt Earp and Hidalgo, but the music for News of the World required a different touch. “This may be a big Western, with big characters and landscapes,” Newton Howard says, “but it’s a much more introspective movie.” The story follows Captain Kidd (Tom Hanks), who agrees to deliver a girl, Johanna (Helena Zengel), to her only living relatives, after she was taken by the Kiowa people. Newton Howard, along with director Paul Greengrass and editor Billy Goldenberg, decided to start the score with the idea of a “broken consort” of musicians to represent the broken nature of the world and main characters. Here, Newton Howard describes his approach to writing a score to track a healing journey. 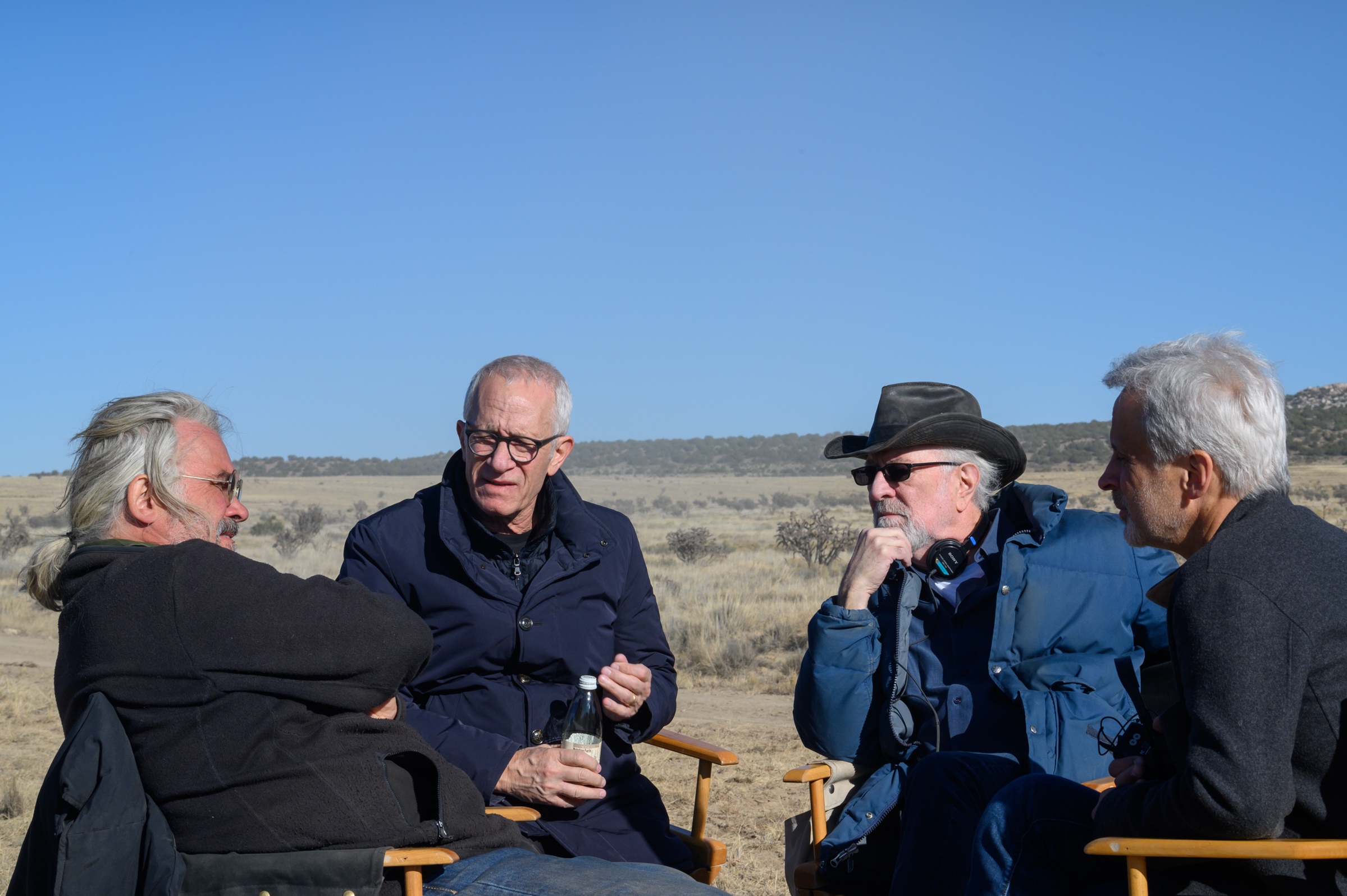 DEADLINE: Paul Greengrass wrote about the two of you and the editor, Billy Goldenberg, agreeing that the score should be as if “a consort of players broken by years of civil war and division and hatred had finally reformed.” How did you go about achieving that?

NEWTON HOWARD: The broken consort was indeed a concept that Paul came up with. And I think in this case, we executed it pretty effectively. The way I approached it was I took the group of musicians who specialized in playing what we call ancient instruments that would include the cello d’amores, viola da gambas, and gut-string fiddles. These look somewhat like traditional string instruments, but there’s a technique to play them that is quite different. You can feel them slowly drawing the bow across the strings, rather than digging in with a bow into the string. I know that sounds a little bit technical, but it really gives you this wonderful droning, kind of journeying sound. We put a group of those people in the middle of the room and then surrounded them with a traditional large orchestra, and I think what we ended up with was this fragile core with a very self-assured surrounding.

DEADLINE: While the broken consort becomes grander as the movie goes on, it seems like the consort gets a little bit more cohesive throughout, culminating in the ending credits theme, which is very grand. How did you accomplish that musically?

NEWTON HOWARD: Well, because my favorite genre or type of movie to do is a big, epic outdoor romance adventure. Not that there was much romance in this movie, but I was always looking for an opportunity to write a big Western theme as I was working on the movie, but there really wasn’t a spot do that in the first act. And then there was a moment if you recall, where Kidd and the Johanna traveled to Dallas, which was the beginnings of a big bustling city that is complete with tons of activity and commerce and lots of people. And that really became like a road trip. And I thought, aha, here’s my opportunity to write my first big scene. So, I wrote it up. Basically, the theme you hear was a theme to accompany them while they were on the road to Dallas. And there was another scene where he decides to go back to Johanna at that wonderful moment of clarity after he’s visited his late wife’s grave. And then he comes to the correct understanding of what he has to do. He gets on his horse, he goes streaking across the New Mexico desert. It’s a great moment and I wrote it fairly large thematic piece for that whole scene. 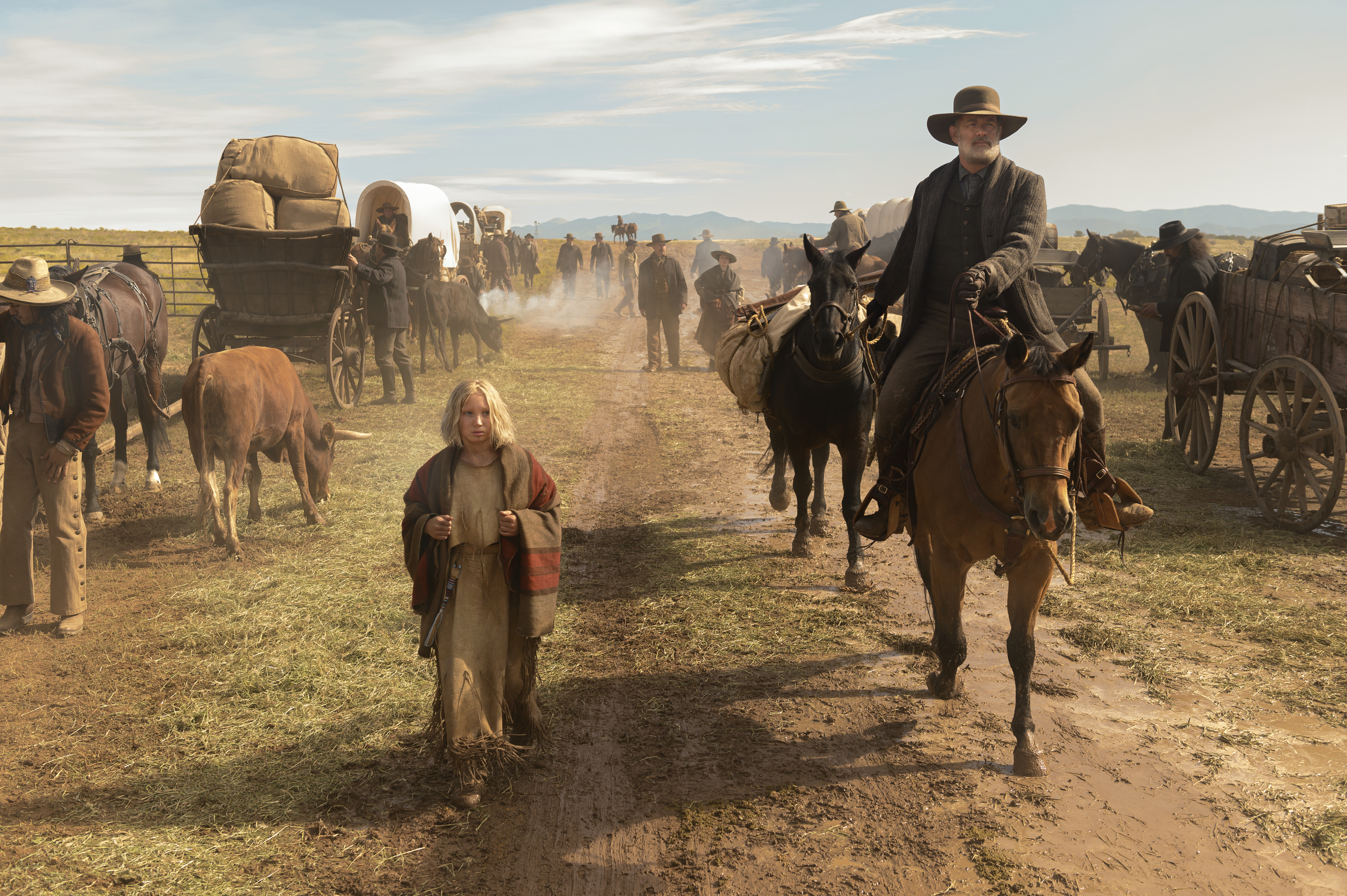 DEADLINE: My favorite part of the score was during the dust storm. It’s very minimal, but then it grows at the end as it transitions into Johanna meeting the Kiowa tribe. There was so much emotion that got evoked throughout that scene, in the score specifically. How did you do that while battling with the raging sound of the dust storm?

HOWARD: For every film composer, that’s always a calculation and a negotiation, if you will. Because sound effects are central to every movie. The ideal situation is when sound effects and music sort of, I don’t mean to get poetic about it, but really do a dance together. And in that situation, I knew the whole opening, where they’re dying of thirst, I could really be ridiculously spare and do almost something that sounded like a dried-up skeleton. You know, it was just so harsh and minimal. I just increased the orchestration as the dust storm came, and then Paul and I agreed that at a certain point in the dust storm the music would fade away. And we would hand over the scene completely to sound effects, which I think is a really smart way of doing it. And then of course, as the Kiowa nation people appear, it starts off in a very ambient, rather abstract way. I always feel like Tom Hanks’ character in that moment sees the chief, and he just feels embarrassed almost to have been caught so ill-equipped with this girl in the middle of the desert, and then he sees that it’s not going to be a hostile encounter but, in fact, they are being gifted a horse by these people who had everything taken away from them already. The emotion of that scene does become overwhelming but it’s a slow and careful transition from one situation to the next. I’m a firm believer that the thing that makes a film’s score particularly successful is when it’s not episodic and you feel like it’s able to seamlessly tell the story from one scene to the next. I don’t know that I did that, but that’s certainly what I tried to do.

DEADLINE: What part of your work on the News of the World score are you the most proud of?

HOWARD: I feel that I did a good job of telling the same story that Paul wanted me to tell. Paul wanted to tell a story of healing and redemption as these two characters try to fit in to a world that is completely destroyed. I felt that music did that.