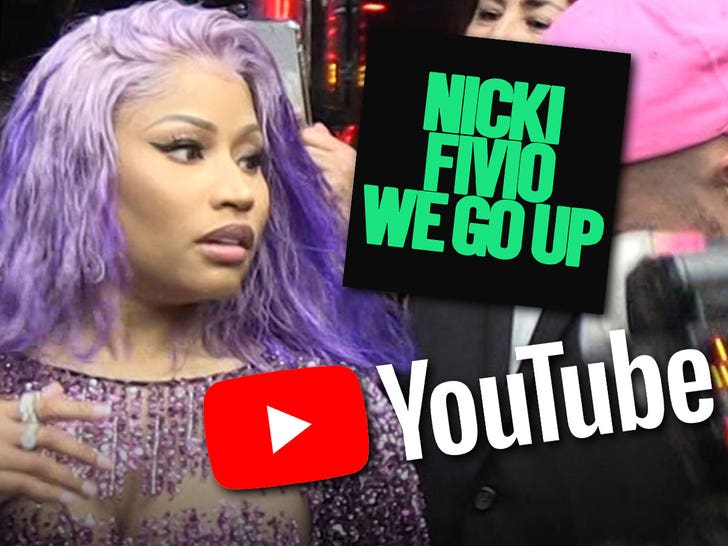 Nicki Minaj is straight up threatening her most hardcore supporters, aka the Barbz — if they don’t start watching her new video with Fivio Foreign, she might scrap any album plans!

Onika unleashed the vid Tuesday for her New York drill anthem, “We Go Up,” with Fivio … and while it features plenty of “outside energy” Nicki thinks it’s lacking online energy.

Directed by Andre “Drevinci” Jones, the clip connects hoods from Queens and Brooklyn and has Nicki stunting in a pink Lamborghini — but sounds like Nicki’s unimpressed with the number of views it’s gotten to this point.

She issues a warning to the Barbz that she’ll be inside real quick if the vid doesn’t blaze up the YouTube charts — meaning, she’ll shelve her upcoming 5th studio album.

It doesn’t appear to be a drill. She even wanted fans to know she was channeling Meryl Streep‘s ice cold “Devil Wears Prada” character. 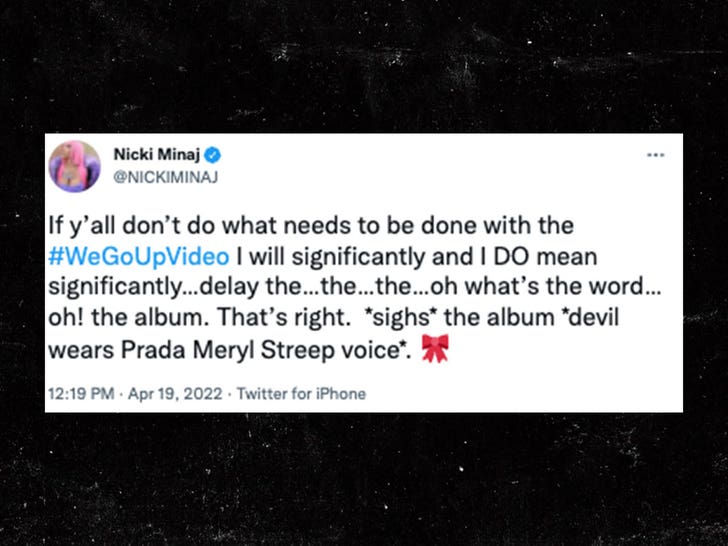 While drill music is undoubtedly the hottest subgenre in hip hop, Nicki isn’t hopping on the wave – she sorta helped bring it to prominence.

Back in 2014, she did a feature for a then-little-known G Herbo (who was rapping underneath the name Lil Herb) on the song “Chi-Raq,” a direct ode to Chicago drill.

The song was officially released last year via her “Beam Me Scotty” 10th anniversary reissue.