Ousted “Jeopardy!” executive producer and host Mike Richards was spotted with “Price Is Right” host and comedian Drew Carey Thursday in Los Angeles amid news Mayim Bialik and Ken Jennings are taking over hosting duties for the remainder of the year.

The pair was spotted finishing breakfast when a cameraman fired off questions in rapid succession much to the chagrin of the Hollywood mainstays.

Asked if he “got a raw deal” amid his firing from his longtime post at Sony Pictures Television, Richards stayed quiet and let his pal do the talking.

“We don’t really want to talk to you right now,” Carey told TMZ  as he attempted to pull attention from Richards.

“We just had breakfast,” Richard said as he hopped into his truck. 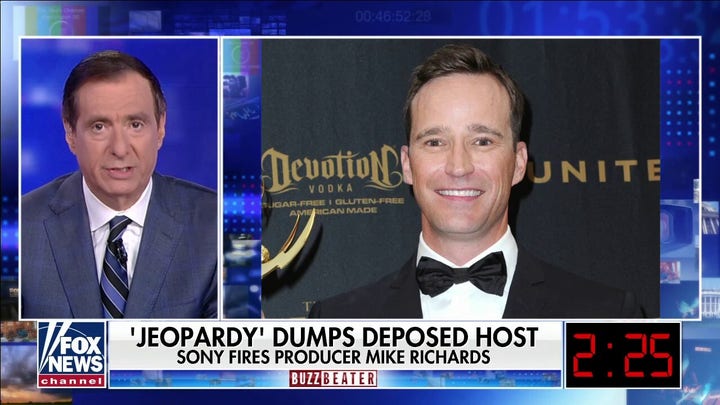 A source at Swingers Diner told Fox News the pair stuck around for about two hours. Carey and Richards appeared to enjoy their conversation at the corner café.  The pair were seen laughing, while Richards was seen taking notes in a secure black binder.

Richards used to be Carey’s executive producer on “The Price is Right,” which just celebrated its 50th season.

Sony Pictures Television confirmed to Fox News that Jennings and Bialik will take over hosting duties for the remainder of the year.

Bialik will host several weeks of shows starting Monday that will air through Nov. 5. After that, she and Jennings will split hosting duties as their respective schedules permit. 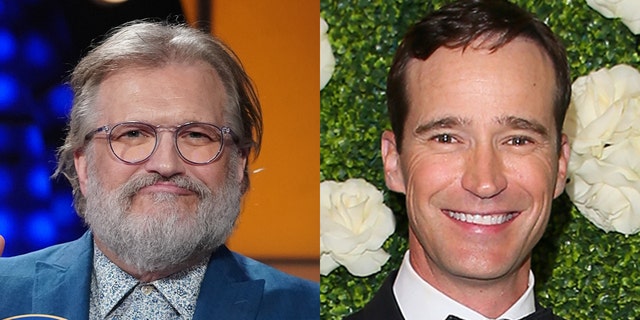 Drew Carey and former ‘Price is Right’ EP Mike Richards were spotted having breakfast at a diner in Los Angeles.
(Getty Images)

The studio announced Richards as its first choice to replace the late Alex Trebek. But Richards resigned from his hosting duties just nine days after it was announced he would succeed Trebek as its permanent host.

Richards caught flak after past inappropriate comments he made on the “The Randumb Show” podcast resurfaced. The 46-year-old, who hosted the podcast from 2013 to 2014 while working at “The Price is Right,” made derogatory comments about women, people with mental disabilities, little people and the poor.

Although some “Jeopardy!” episodes Richards has already helmed will air as scheduled, questions still remain as to what the future could hold for the longtime show producer.