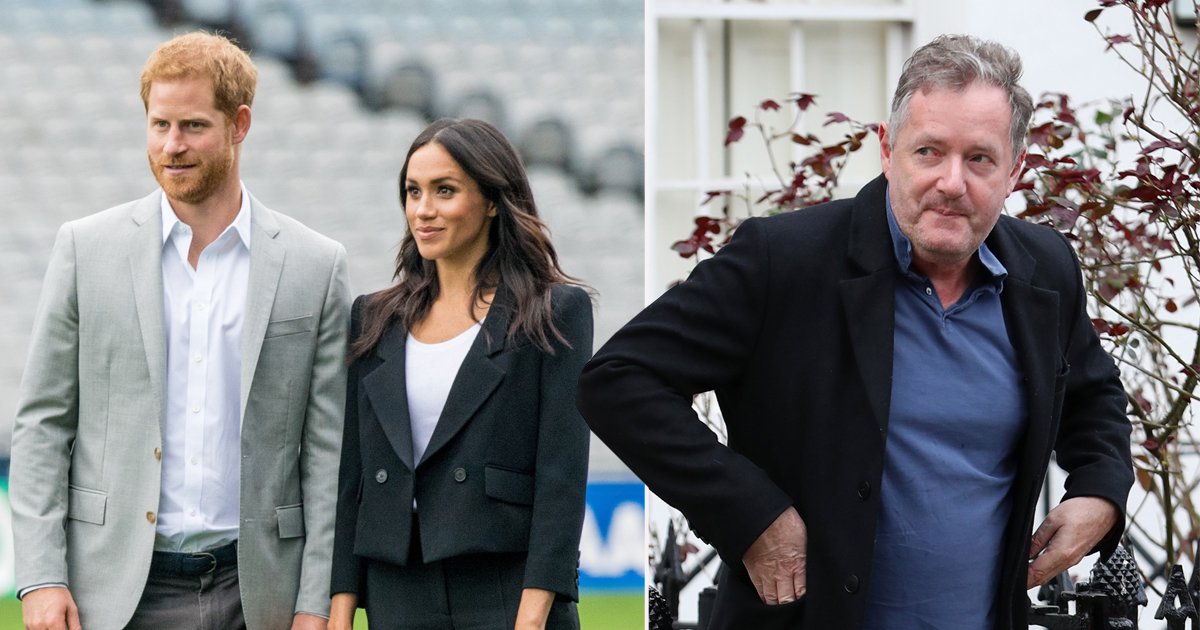 Piers Morgan has claimed Meghan Markle and Prince Harry’s New York tour has set ‘a new low bar for hypocrisy’ in another scathing piece about the retired royals.

The former Good Morning Britain journalist has made it clear over the past few years that he is no fan of Meghan, and his comments about her claims in the couple’s interview with Oprah Winfrey led to Piers departing GMB.

In his latest column for the MailOnline, Piers called Meghan and Harry ‘the world’s most toxic royals’ and hit out at their ‘laughable mission statement’ to ‘put “compassion into action”’ while ‘never missing a chance to spew unsubstantiated abuse about their own families that they persistently trash and disown’.

The Duke and Duchess of Sussex met government officials at the One World Observatory and paid their respects at the 9/11 memorial, discussed racial justice and mental health awareness with US Ambassador Linda Thomas-Greenfield at the United Nations, and discussed global vaccine equity with world leaders and experts at the World Health Organisation’s Office.

Meghan also performed a reading of her children’s book, The Bench, at the Harlem elementary school  PS 123 Mahalia Jackson.

Piers wrote: ‘Ostensibly designed for them to lecture the world’s “ultra-rich” pharmaceutical firms on “equality”, something the privileged, pampered prima donnas know all about from the palatial comfort of their Californian mansion, the trip was in fact a ruthlessly cynical attempt to establish their new alternative Royal Family. And it made me puke.’

The new News UK anchor accused the couple of ‘gleefully milking their royal titles with the obscene greed of a sounder of swine’ while ‘loathing’ the monarchy, and attempting to make themselves ‘repulsively rich and famous’.

Piers also took umbrage with Meghan’s wardrobe for the New York trip, which reportedly cost around £66,000, and called her fashion ‘unflattering’ and ‘bulky’.

The star continued: ‘It also takes a special kind of brazen shamelessness to attack big pharma for being “ultra-rich” and not doing enough to promote equality, when you are making yourselves ultra-rich by preaching about equality from your private jets and nine-bedroom, 16-bathroom mansion.’

Piers also took aim at Harry and Meghan ‘lecturing’ the world about the environment, while also flying back to Santa Barbara from New York on a private plane and being met with a 4×4 on arrival.

The trip was reportedly filmed as part of the royals’ upcoming Netflix documentary.

Harry and Meghan, who are also parents to two-year-old son Archie, signed a mammoth deal with the streamer to create ‘content that informs but also brings hope’, expected to include documentaries, docu-series, feature films, scripted shows and children’s programming.