Home » Celebrities » 'RHOBH': Garcelle Beauvais Just Revealed a Long-Held Secret About Her Relationship With Will Smith

Ever since she stepped onto the scene on the Real Housewives of Beverly Hills, veteran actress Garcelle Beauvais has kept it real with everyone around her. The Jamie Foxx Show alum came on to the series for Season 10 after Lisa Vanderpump’s abrupt exit from the show.

From the beginning, Beauvais never minced words. The Coming to America actress revealed that she never connected with fellow castmate, Kyle Richards and she spoke about getting advice from Real Housewives of Atlanta stars, Nene Leakes, and Cynthia Bailey.

As the first African-American star on the series with a long history in Hollywood, Beauvais is revealing a ton of long-held secrets, including one about her relationship with Will Smith.

What she say?… Tonight #rhobh @bravotv

Garcelle Beauvais has no issue with being transparent

From speaking about her ex-husband, Mike Nilon, whom she divorced after discovering his affair to talking about her disconnect with Richards, Beauvais has had no issues with sharing her life on the RHOBH.

“As the first African American Housewife in the Beverly Hills franchise, I am honored and humbled by this awesome opportunity to exemplify the fact that Black Girl Magic lives and thrives in every zip code!” she told The Daily Dish. “Already being intimately familiar with the spotlight of Hollywood, my journey of successes and trials has already been chronicled and shared with my many loyal supporters around the world. The continual encouragement, support and yes, even at times, criticism, have helped make me the dynamic woman I am today.”

Now Beauvais is revealing a romance she once had with Will Smith. 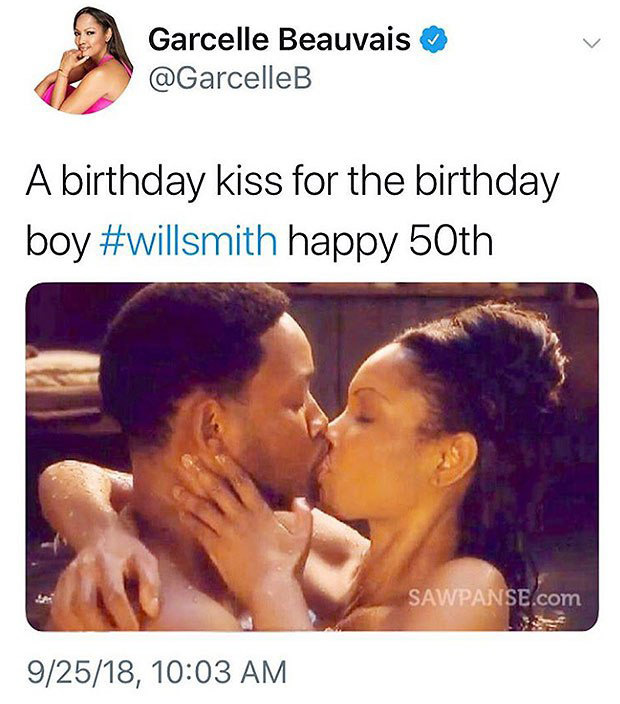 Garcelle Beauvais and Will Smith have been linked in the past

In the ’90s, Beauvais starred in a couple of episodes of the hit sitcom, The Fresh Prince of Bel-Air. She also starred alongside the Aladdin actor in the 1999 film, Wild Wild West.

In fact, the A Girl Like Grace actress found herself in the center of the attention in 2018 when she wished Smith Happy Birthday on Twitter. With her well-wishes, Beauvais shared a photo from a steamy kissing scene of two of them from Wild Wild West. Since Smith has been married to Jada Pinkett Smith since 1997, people thought it was odd and inappropriate.

Beauvais did apologize for the snafu. “Ok guys it was supposed to be a funny post My bad if I offended anyone!” she tweeted. ” If you are my followers you know I’m all about lifting up people and being positive [prayer hands] being human I made a mistake … Have a beautiful blessed day.”

Garcelle Speaks About How She Thought She Married Someone Who Had Her Back. #RHOBH #RealHouseWivesOfBeverlyHills #RealHouseWives #RealityTV
No Copyright Intended | @bravotv/@nbcuniversal

Garcelle Beauvais and Will Smith used to date

Now on a recent episode of RHOBH, Beauvais revealed to her good friend, Sheree Zampino, who just happens to be Smith’s ex-wife that she and the Ali actor once dated. “He was hot,” she revealed. “He was a Bachelor, I was single, you know, it happens in Hollywood.”

However, no girl code was broken. This was before Smith’s marriage to Zampino which occurred from 1992-1995. Though the group seemed astonished by Beauvais’ revelation, it appears that Zampino has known about it for some time.