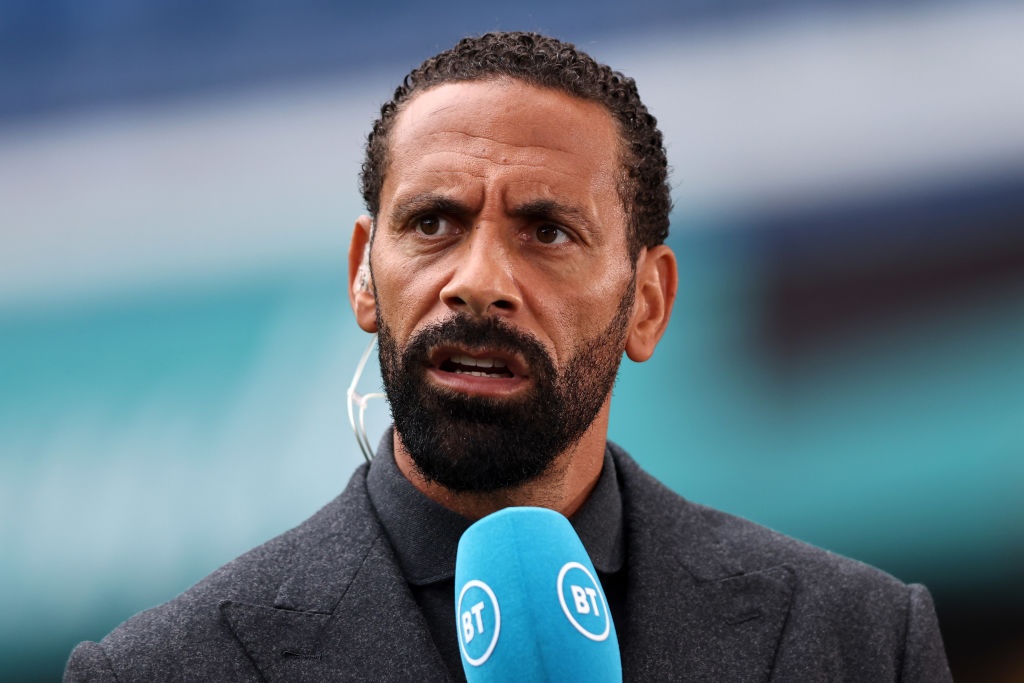 Rio Ferdinand has revealed he was in A&E on Sunday evening – and he joked Manchester United’s mauling at the hands of Liverpool was behind the hospital visit.

The retired footballer, who made over 300 appearances for the Red Devils between 2002 and 2014, lamented his former team’s 5-0 loss to their bitter rivals as he shared a snap of his feet in a hospital bed.

Along with a string of angry emojis, he wrote on Twitter: ‘This 60 mins have sent me to A&E… FFS’

Even being laid up didn’t stop Rio, 42, from keeping an eye on the game, as he shared the same photo on his Instagram Story and added: ‘Sat in A&E watching this… ffs’

It wasn’t a good day for the BT Sport pundit, who branded United’s performance a ‘disgrace’.

Just 15 minutes into the match – when United were already losing 2-0 – he tweeted: ‘What am I seeing…’