Legendary singer Robbie Williams stormed back to the top of the charts this month when his new album XXV became his 14th solo album to reach number one. As well as his brilliant return to form with XXV, which marks the 25th anniversary of his solo career and is made up of a range of newly orchestrated versions of some of his biggest hits, Williams is also appearing on the front of October’s British Vogue. On Friday night, the 48-year-old will be back on screens as he discusses his incredible career on The Graham Norton Show, alongside actors Jamie Lee Curtis, Eric Idle, David Tennant and Lydia West.

While Williams, who was born in Stoke-on-Trent, is known for his amazing antics on-stage, as well as his loveable character off it, he stunned fans in 2019 when admitting he would vote for the first time in the upcoming general election.

That vote saw the Conservative Party’s Boris Johnson clinch a stunning victory over his Labour Party rival Jeremy Corbyn, with the Tory leader’s promise to “get Brexit done” resonating with voters across the UK.

But during a press conference ahead of a performance at his beloved Port Vale Football Club’s home stadium, Williams also claimed he found the then-current state of politics to be a “pantomime”.

The star, who had recently appeared as a judge on ITV’s reality TV show The X Factor, said he had not been engaging with any of the campaigns, led by the likes of Johnson, Corbyn and the Lib Dems’ Jo Swinson. 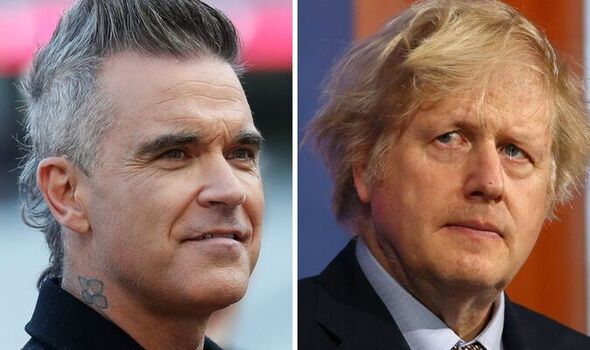 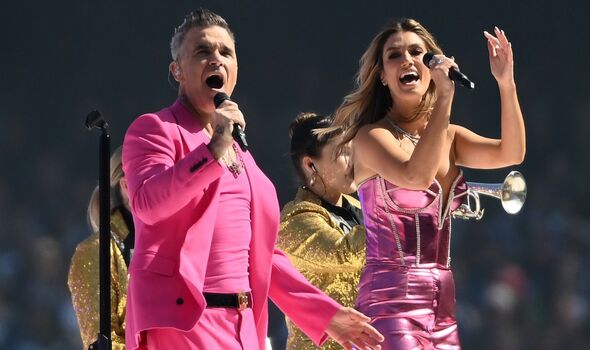 He continued: “It’s confusing, it’s a mess, nobody’s trustworthy. I don’t trust the system, I never have. It’s just never taken my interest. It’s like saying ‘Is that why you’ve never ballroom danced before?’ I’m just not interested.”

It was a rare foray into politics for Williams, and more recently, he returned to more familiar ground when reflecting on one of his most famous collaborations, Kids, which featured the vocals of fellow pop sensation Kylie Minogue. The 2000 hit, which reached number two in the UK charts, became a huge international track for both stars, and featured the pair in some steamy scenes.

For Williams, Kids was a period of his career he will also have happy memories of. Not least because he had the “longest crush on Kylie”. He continued in a Metro interview this month: “I was honoured and I still am to be on a record with her. Dreamy. Still crushed. Still crushing.” 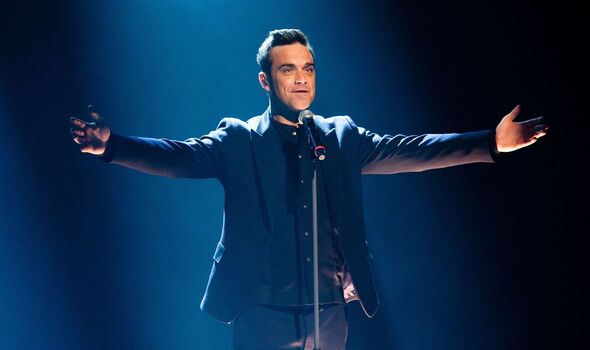 Williams and Minogue never actually got together, with the singer married to actress and model Aydal Field, and in another confession the Supreme crooner discussed what he felt was the “worst video ever to be made”.

That accolade, Williams confirmed, should be given to his old band Take That’s 1992 single Do What U Like. While he said it was the worst ever, he actually felt it in turn made it “the best video ever”.

He continued: “I am roughly 17, maybe 16. We were given budget to style ourselves. Two things about that video. I was immensely proud that we done a pop promotional video. I also thought, nobody should ever see it.

“We were of an era and an age where controversy was a good thing, and also I for one am one of those people that says, you know, if there’s a button and it says ‘don’t touch’, I’m going to press that button. 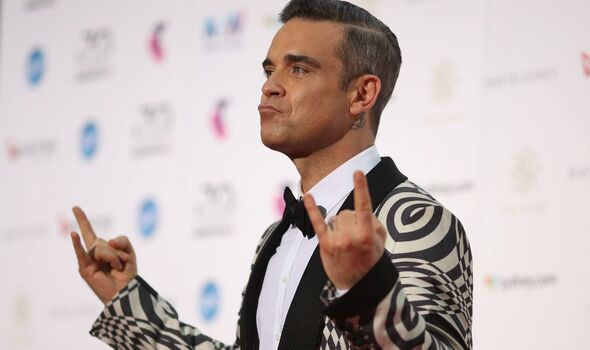 “So with controversy, or raunchy, or too much… you can never have too much. Too much please.”

Another of Williams’ famous videos was for the track Rock DJ, from his chart-topping album Sing When You’re Winning. It featured Williams peeling off layers of his skin, in imagery that was later banned from most TV stations.

He noted that the video itself took days to complete, admitting that he spent around seven hours getting into a latex suit that helped transform his body into a mess of flesh. It then took another two hour to get out of it.

He added: “I thought the opportunity was too good to not go running down the road in this outfit by myself, just to freak people out in cars.

“I’d wait behind a hedge and then a car would come and I would run across the road and then jump behind a hedge, just to make people think, ‘What the f**k was that’?”

The Graham Norton Show airs from 10.40pm on Friday night.