Prince Harry has been in the public eye for much of his life. Being born into the royal family was only part of the reason that there’s been an obsession with the Duke of Sussex, however. It seems that after his mother, Princess Diana, died back in 1997, the world sort of collectively felt a bond to Harry and his older brother, Prince William. Not to mention, of course, that William was heir to the British throne, which only intensified the curiosity about his life. People all over the globe have been enamored by the two brothers, with millions of people tuning in to watch their respective royal wedding, according to Hello! magazine, for example. There has also been an incredible amount of interest in the children of the royal brothers, and each new baby has caused a flurry of news stories on the internet.

While both Harry and William are used to being in the spotlight, there are only a few people who really know what it’s like to interact with them on a personal level. Only a handful of people can honestly say that they’ve gotten to witness Harry and William in their element from a different perspective — and one of those people is royal photographer Chris Jackson. Keep reading to learn more about Jackson’s take.

Prince Harry brings a level of 'unpredictability' to the table 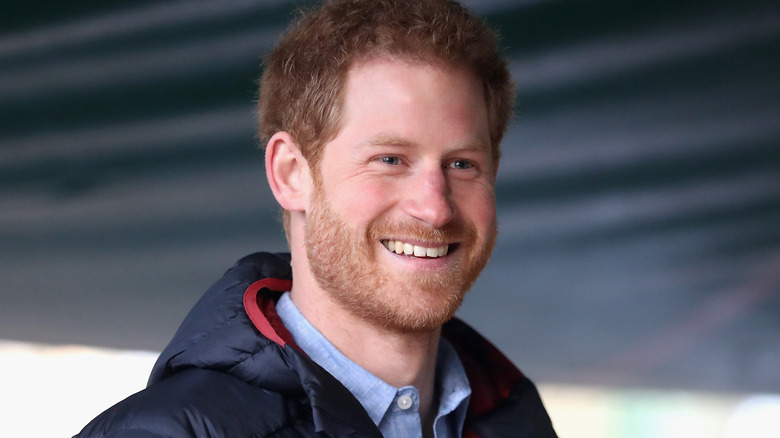 It’s no secret that Prince Harry has a bit of a charm about him, but what a lot of people don’t know is that there’s something else that makes him really special, particularly when it comes to his appearances and engagements. Royal photographer told People magazine that Harry’s unpredictability is key — and it’s what makes the appearances that he does so unique. “The thing I love about royal photography is the depth with which you get to know your subjects,” Jackson told the outlet, before giving some details about what he’s noticed about Harry over the years. “Harry has a real energy to his engagements,” Jackson said. “[He brings] an element of unpredictability which has always been special. One example of that was when he joined in a charity run in Rio de Janeiro and he ended up finishing the race with a face mask on. You literally couldn’t have predicted that,” he explained.

Jackson has worked closely with the royal family for the past 20 years, and his work continues; according to People, Jackson will be on-hand to take photographs at the Invictus Games, which are slated to take place in the Netherlands in 2022.