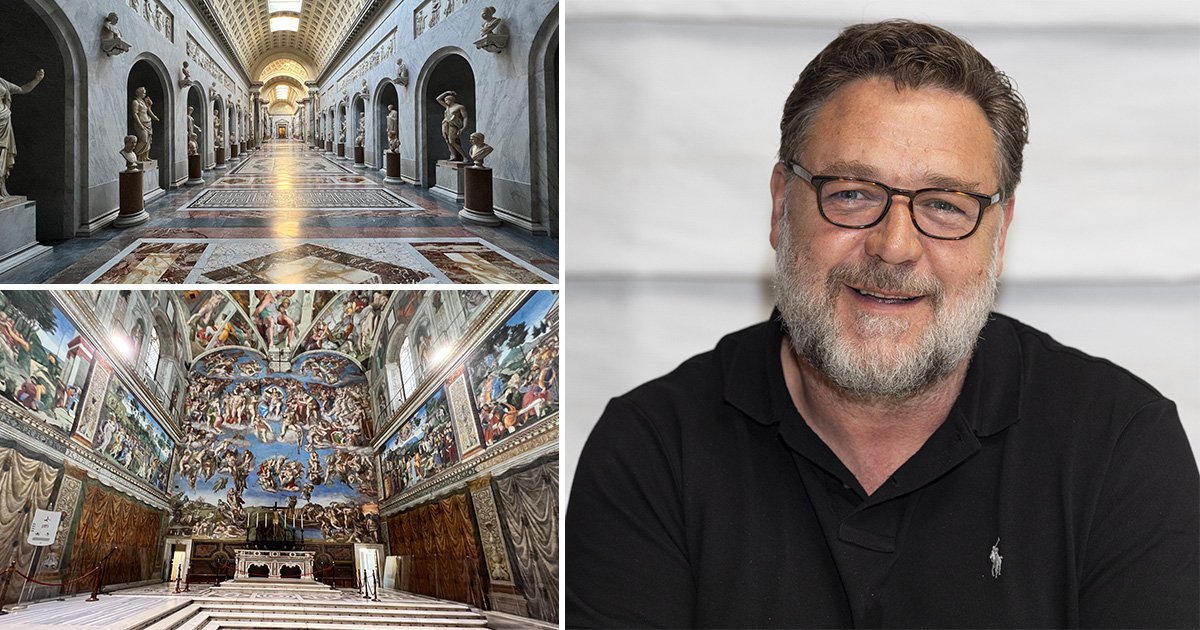 Russell Crowe is reliving his time on Gladiator with a visit to Rome – but he’s already faced some criticism.

The actor, who famously starred as gladiator Maximus, returned to the site of Sir Ridley Scott’s iconic 2000 film to show his family (and presumably have another ‘Are you not entertained?’ moment) – but he’s been accused of flouting the Sistine Chapel’s rules against photography.

Russell, 58, delightedly shared photos of the Sistine Chapel, sharing what a special experience it was to see the historic site.

‘I’m not sure there’s a more special privilege in the world than to hold the key for the Sistine Chapel and to experience it’s glory in silence. So grateful. Sono al servicio di Roma [I am in the service of Rome],’ he said.

However, it’s possible that the rules didn’t extend to Russell’s visit, as it seems he was taken on a special tour, due to the chapel being so empty during his visit. One commenter, who was taken on an ‘exclusive tour’ of the chapel, said they recalled photo opportunities even being encouraged on that specific tour.

Nevertheless, some have taken issue with the actor’s post, with one responding: ‘So, the church gives privileges to rich and famous people why the plebs have to queue and swelter in the heat. Never mind taking photos.’

The actor, who most recently starred as Zeus in Thor: Love and Thunder, starred alongside Connie Nielsen and Joaquin Phoenix in Gladiator, which followed a former Roman General sent into slavery who seeks revenge against the emperor who murdered his family.

While Russell picked up the best actor Oscar, the film was awarded best picture – and in recent years, there’s been talk of a sequel (despite Russell’s character being killed off in the original).

Metro.co.uk has contacted reps for Russell Crowe for comment.