The bond they formed while shooting and traveling with the new zombie flick “The Dead Don’t Die” earned extra attention this week when Murray declared that he would have brought his costar home to meet his mother ― if his mom were alive.

The comment was well-intentioned and, Murray has explained, so was his chatter into Gomez’s ear on the Cannes red carpet. Photos of the moment raced through the internet, prompting speculation on what the heck he said. 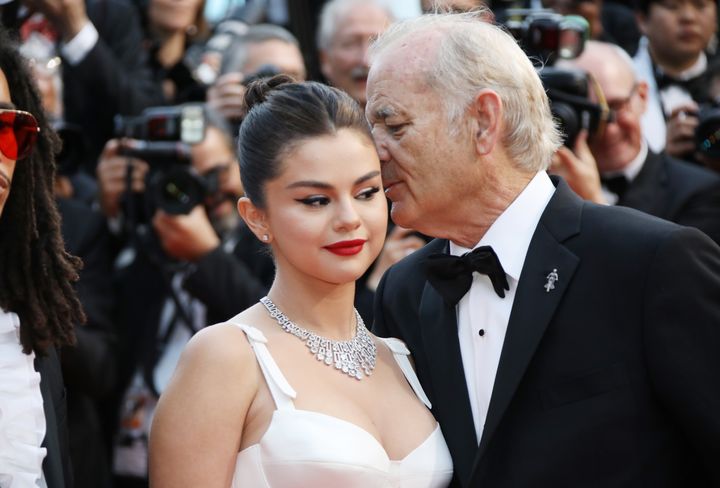 On “The Tonight Show” Tuesday, the “Same Old Love” singer got down to the specifics of the whisper.

“He was just saying dumb things. Like he would just lean in and he’d be like, ‘You look great tonight.’ Then he’d look back serious. And then he’d be like, ‘Where are you from?’ ”

So, he was spouting random stuff to make her laugh. Sounds like Bill Murray.

Gomez said she tried to keep her poise. “He’s a big kid,” she said.

Watch the interview above.

An onscreen Murray whisper, of course, has inspired endless speculation. Just ask any fan of 2003′s “Lost in Translation.”