Wimbledon star Serena Williams, 37, insisted she was unaware of reports surrounding 37-year-old Meghan Markle’s appearance at the event, but praised her for being a “good friend”.

According to The Independent, she told reporters: “Any time I see her name attached to anything, I don’t read it.

“She couldn’t be a better friend to me. Low moments, high moments, she’s always there. That’s all I want to be to her.”

Earlier this week, media consultant Sally Jones claimed Meghan’s security asked her to not photograph the royal because she was attending in a “private capacity”.

She couldn’t be a better friend to me. Low moments, high moments, she’s always there

Speaking on This Morning, Sally alleged Meghan’s security officer said to her: “Would you not take pictures of the Duchess, she is here in a private capacity.”

She added of the encounter: “They obviously thought that I was about to or that it had crossed my mind.”

“I wasn’t actually taking her picture.

“I said to the protection officer ‘I am here in a private capacity but if I wanted to take a picture of anybody in the stadium, which I don’t apart from Serena Williams, but if I did then I would have a perfect right including Meghan to take her picture.’”

She added of Meghan’s security officer: “I felt sorry for him because I think he was following orders, and I think that he was embarrassed and it was awkward.”

A royal source has since said the photo ban was to let her “engage with people rather than camera phones”. 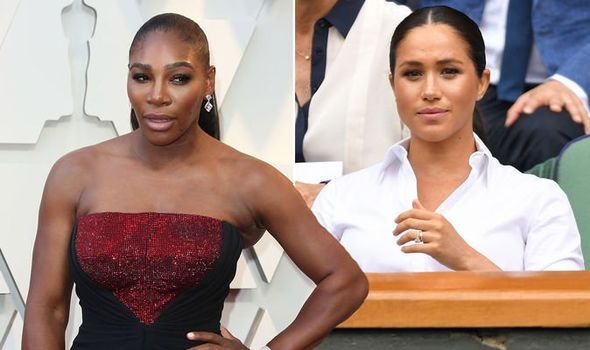 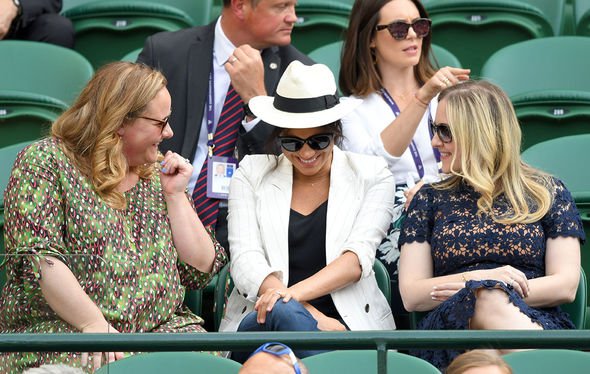 They said: “It’s not uncommon for personal protection officers accompanying any members of the Royal Family to ask people not to take pictures so they can engage with people and events rather than camera phones.”

The tennis ace also supported the royal at her baby shower in New York, ahead of the birth of the pair’s son Archie Harrison Mountbatten-Windsor’s in May.

Due to her schedule, Serena missed the christening of Archie, but insisted Meghan understood.

At a press conference, she also said her one-year-old daughter Olympia will be like a “big sister” to the new royal baby.

Asked whether she would like to teach Archie some tennis when he’s older, Serena joked: “I don’t know, I’m actually working on Olympia’s game so maybe she can give tips to him.” 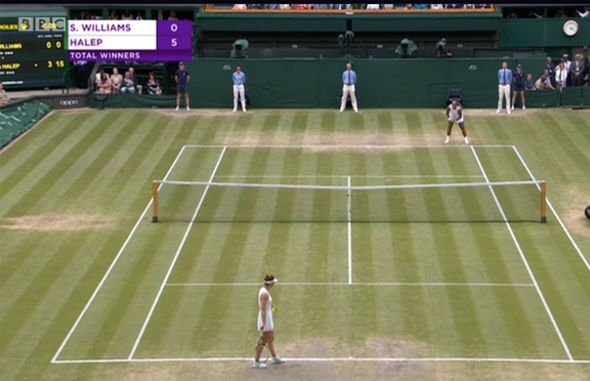 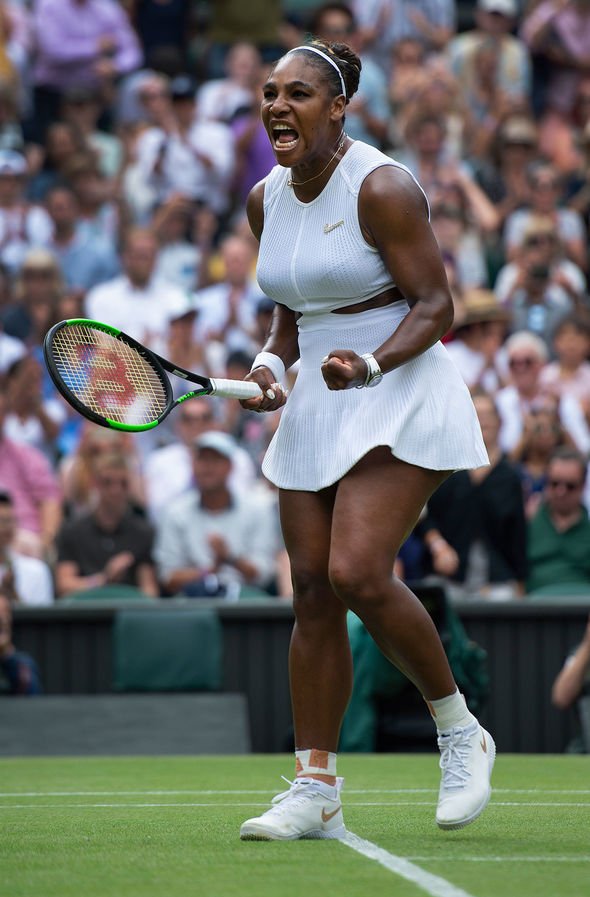 Ahead of the pair’s big game, Simona Halep opened up on her plans to start a family.

“In 10 years I would love to have three kids,” she told The Guardian earlier this year.

“A beautiful family and be out of tennis – knowing I gave it everything.”

Simona tends to keep her personal life under-wraps, but she is rumoured to be dating former tennis player Radu Barbu, 35.