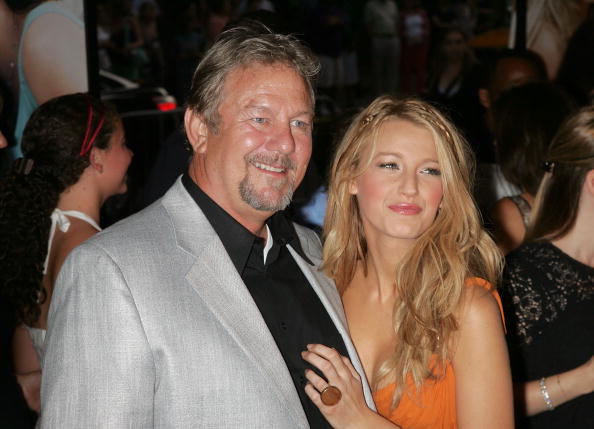 The Sisterhood of the Travelling Pants star, who is the father of actress Blake Lively, died on June 3 from cardiac complications in Los Angeles, his family confirmed.

He was surrounded by his wife of 42 years Elaine and their five children, Eric, Blake, Robyn, Lori and Jason.

Lively had a 50-year acting career, starting in 1975 with a small role as a railroad conductor on The Waltons.

He went on to star on shows including The Dukes of Hazzard, The X-Files, The West Wing and That ‘70s Show, and appeared in films including Turner & Hooch, Passenger 57 and The Beverly Hillbillies.

In recent years, art imitated life as Lively took on the role of his real-life daughter Blake’s character Bridget’s father in The Sisterhood of the Travelling Pants and its sequel.

He also worked as a respected acting coach.

In addition to Blake, 33, best known for her role on Gossip Girl, Lively’s four other children also followed in their father’s footsteps to carve acting careers.

Eric starred in Speak and The L Word, Jason appeared in National Lampoon’s European Vacation, Lori has starred in Star Trek: Deep Space Nine and ER, and Robyn has worked on shows including Twin Peaks.

Before breaking into acting, Lively worked as an English professor and served as a liuetnant in Vietnam and a captain in the US Marine Corps.

Back in 2013, he underwent groundbreaking heart surgery after discovering that his heart was only partially functioning.

Lively became the first known patient to undergo retrograde gene therapy for the heart, which involved having his own stem cells injected into his heart to repair damaged muscle and arteries.

He told People at the time: ‘I woke up the other morning and told my wife, “I haven’t felt this good in years”. I moved to Utah because of the snow, but I haven’t been able to ski. I literally didn’t have the heart to do it.

‘Now, I’m excited about living the rest of my life instead of sitting around. Dr. [Amit] Patel [professor at the University of Utah School of Medicine’s Division of Cardiothoracic Surgery] saved my life.’

Lively is survived by his wife Elaine, their children and nine grandchildren, including Blake’s three children with actor Ryan Reynolds.