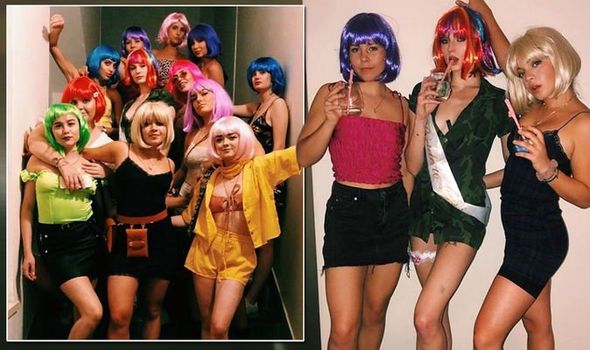 Sophie Turner, 23, jetted to Benidorm this week for a fun-filled hen do with her pals.

The English actress, who shot to fame playing Sansa Stark in Game of Thrones, invited her co-star Maisie Williams, 22, and ten of her best friends on a girls trip to celebrate her recent nuptials.

At the start of May, she married Joe Jonas, 29, of the Jonas Brothers, in a spontaneous Las Vegas wedding ceremony following the Billboard Music Awards 2019.

The couple, who have been dating since 2016, are planning a second wedding, which is reportedly taking place in France this summer, to celebrate their love for one another with friends and family.

On Wednesday, Sophie’s pal Blair Noel Croce took to social media to share pictures from her Spanish hen do ahead of wedding number two.

Sharing pictures with her 15,8000 Instagram followers, the beautiful brunette documented their journey from Luton airport to Benidorm, which appeared to be via private jet.

Other pictures revealed that the theme of the getaway was wigs, with all 12 women donning different coloured hair for their night out.

Northampton-born Sophie was the star of the show in a multicoloured wig which she teamed wth a tiny army shirt, worn as a dress, which was undone to reveal her bra underneath.

Other friends also posted pictures on their various social media accounts showing the friends sipping cocktails and alcoholic drinks together.

Game of Thrones star Maisie, who played Sophie’s on-screen sister Arya Stark in the smash hit series, was pictured in pink wig – despite the actress actually sporting pink hair at the moment.

The pair have known each other for ten years and are now firm friends after meeting on the set of the show when they were very young child stars. 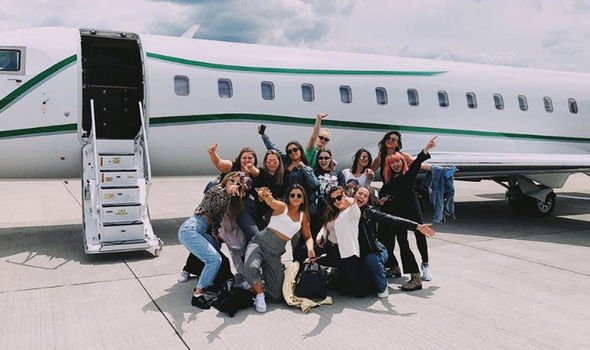 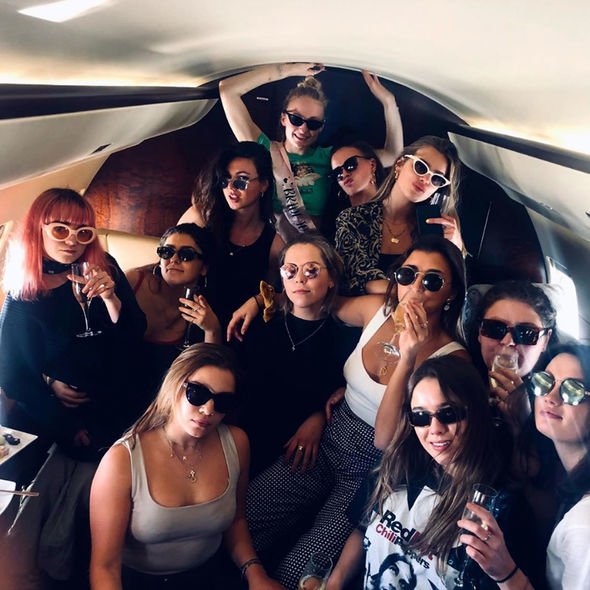 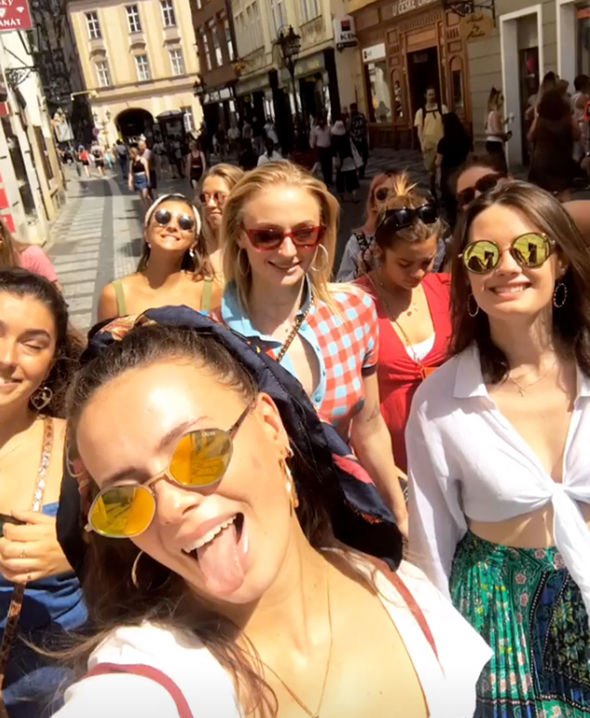 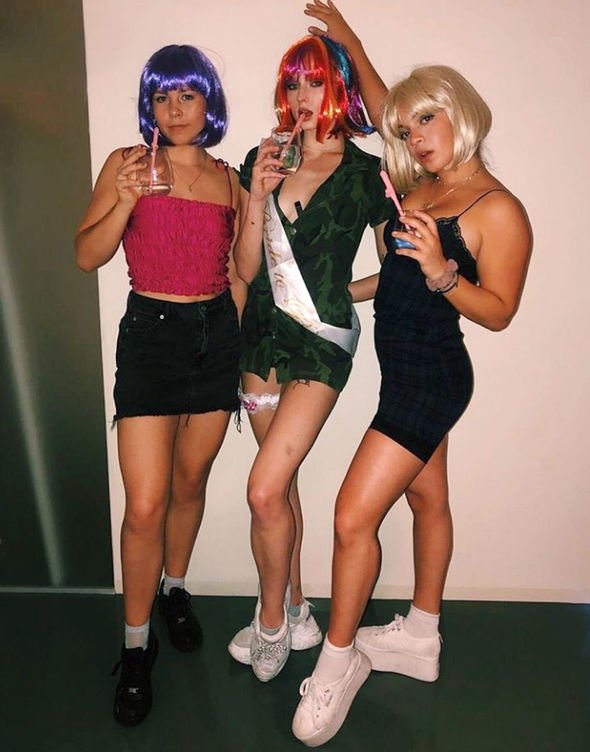 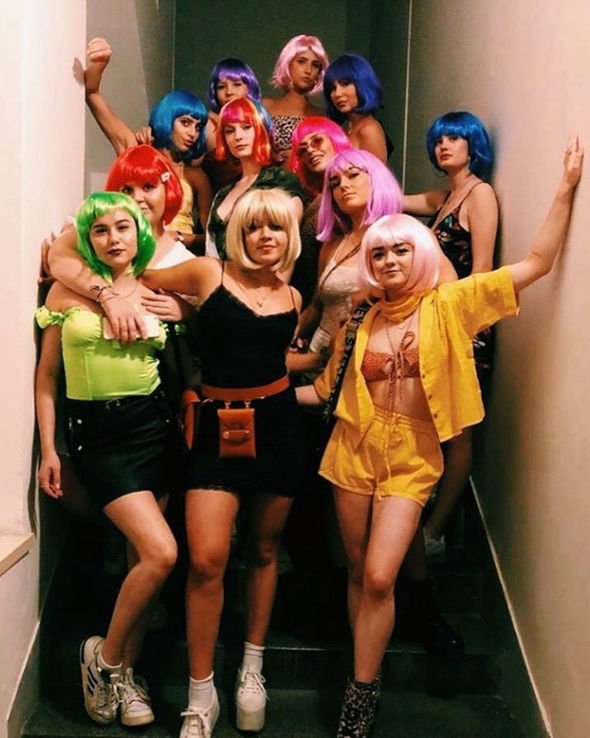 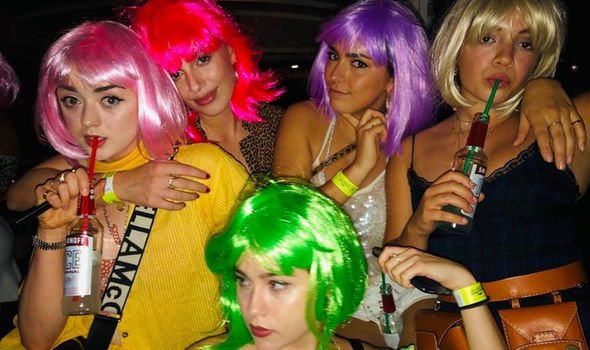 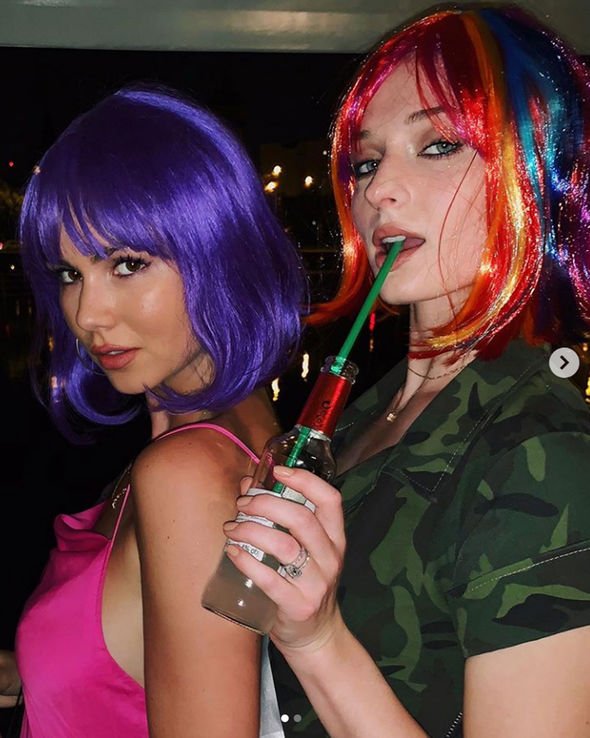