The Virtues actor Stephen Graham, 46, and Jodie Comer, 27, caught up with Tom Allen, 37, ahead of this year’s BAFTAs ceremony, which is being aired virtually for the first time due to the coronavirus pandemic. Tom discussed Stephen and Jodie’s nominations and the roles they are known for via a video call with the pair ahead of the main event.

Upon concluding their chat, Tom asked the actor if he dressed up for the occasion and was taken aback when Stephen exposed what he was really wearing on his bottom half.

He turned to the Line Of Duty star and said: “Stephen you’ve got dressed up for the occasion, is that right?”

The actor then got up from his chair to showcase his Liverpool football-themed shorts following their recent football win.

“Absolute disgrace, couldn’t even be bothered to get dressed up,” Tom joked, as Stephen’s fellow scouser Jodie cheered him on. 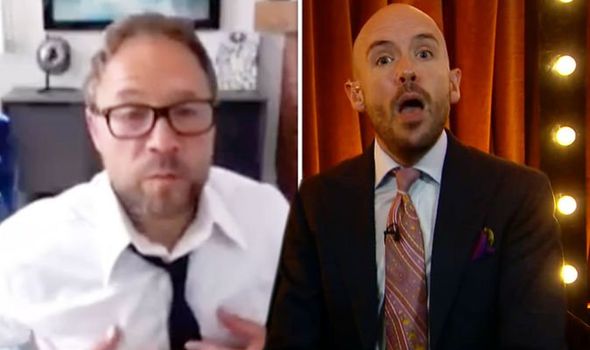 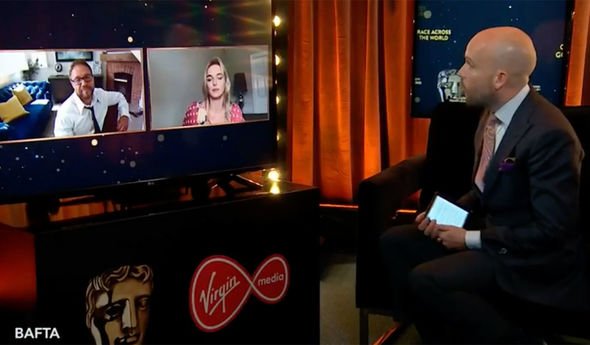 Tom jokingly added: “Get of here! Enjoy the ceremony, thanks for coming!”

The host went on to ask how the pair first met after Jodie thanked Stephen for supporting her in the early days of her career at the ceremony last year.

The Killing Eve star has credited Stephen for encouraging her to be proud of her scouse accent after she previously contemplated it.

Stephen explained: “Me and Jodie worked together years ago – we met on a production called Good Cop. 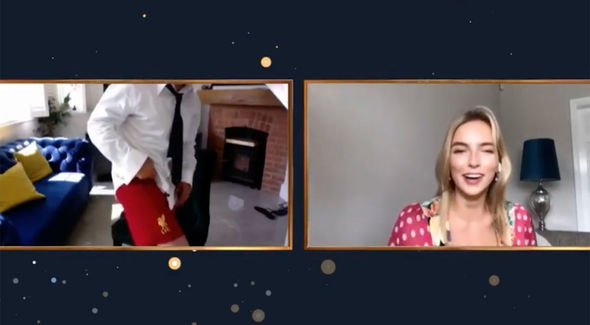 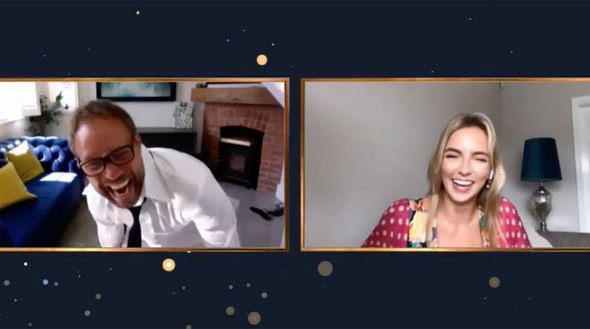 “Jodie had a small part and she was just magnificent to work with.

“I just saw her talent immediately and I just said to her, ‘Look, I think you’ve got an amazing talent and if I could in any way get your number – don’t worry, I’m happily married and all that – and contact my agents on your behalf?’

“And then I just introduced her to them and bosh.”

This year’s BAFTAs will be a virtual ceremony due to the ongoing coronavirus pandemic.

Jodie is up for the Leading Actress award against Glenda Jackson, Suranne Jones and Samantha Morton.

Nominees and winners will be a part of the event from their homes, while hosts including Richard Ayoade, Stacey Dooley and Normal People’s Paul Mescal and Daisy Edgar-Jones will present from a closed studio in London.

The Crown and Chernobyl are among the top contenders in the nominations categories.