Action star Steven Seagal has been reported several times to be difficult to work with, from having a bad attitude to pushing co-workers around. This was the case with Rocky star Sylvester Stallone, who also collaborated with the Seagal. Eventually, words were traded between the two actors, which resulted in Stallone going on the offense and slamming Seagal into a wall.

Steven Seagal has an alleged history of being difficult on set 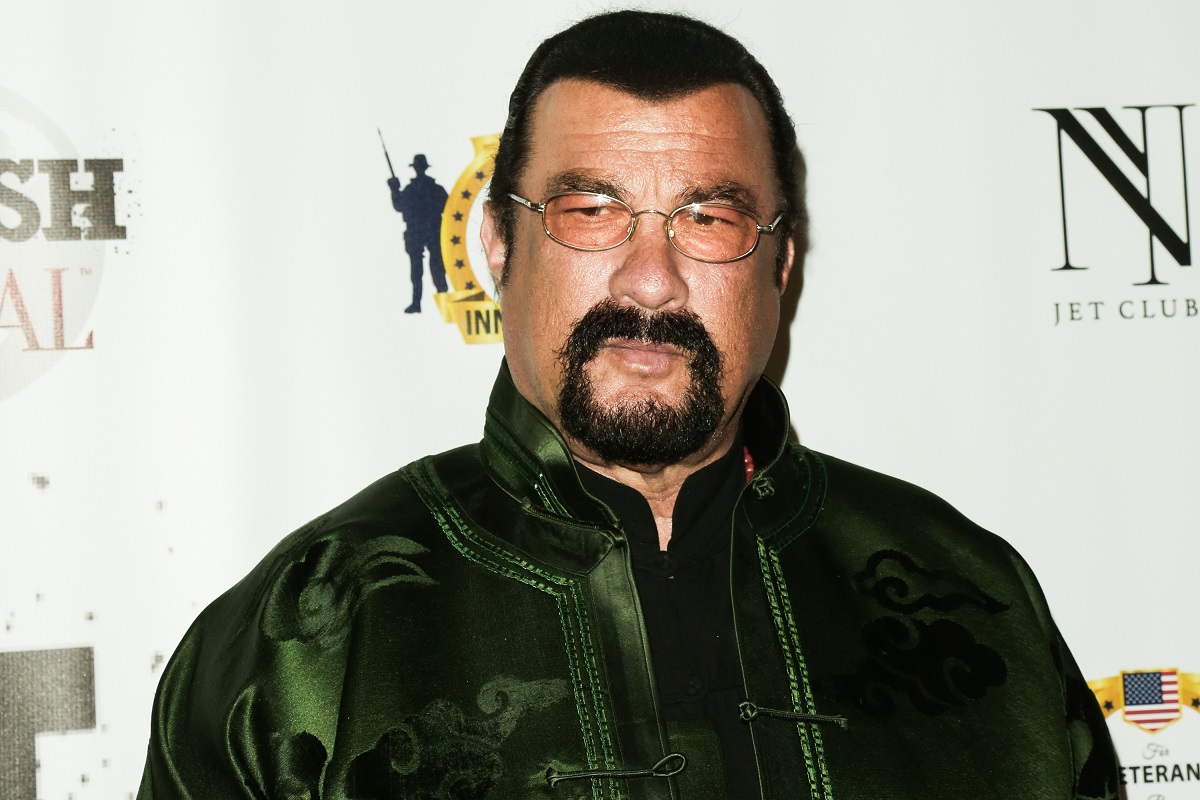 Seagal has left a bad impression on many who came to collaborate with him. According to USA Today, he’s been accused of sexual misconduct by several co-workers. Which is something that Theron has called him out on, claiming she can take the actor. John Wick actor John Leguizamo also recounted a time when he had the misfortune of working with Seagal.

“And we start rehearsing and he came in and was like, [low, breathy voice] ‘I’m in command. What I say is law.’ So I started, like, [snorts]. I mean, who the f*ck talks like that? Who comes into rehearsal and says that sh*t?” Leguizamo once recalled. “So I started laughing and he slammed me with an aikido elbow against a brick wall and knocked all the air out of me. I dropped to the ground, and all I could say was, [gasping] ‘Why? Why?’ I really wanted to say that he runs like a b*tch and has no hair, but I was afraid. [Laughs.]

However, Seagal would try to somewhat push his weight around Stallone, but Stallone just wasn’t having it at the time.

Sylvester Stallone once slammed Steven Seagal into a wall

As reported by Contact Music, Seagal allegedly didn’t like being lumped in with other action heroes. Despite starring in mostly action films himself, he told this to Stallone, who didn’t take too kindly to his words.

“Steven Seagal said that he, ‘Didn’t associate with that kind of element,’ – meaning me,” Stallone said. “So I slammed him up against a wall.”

Stallone credits that moment and his reaction to adrenaline being high.

“At that time, our testosterone was running full bore. He was full of his height [Steven is 6 feet, –3 inches, Stallone is 5 feet, -10 inches] and I was full of…myself. But we made up. He can be very abstract.” 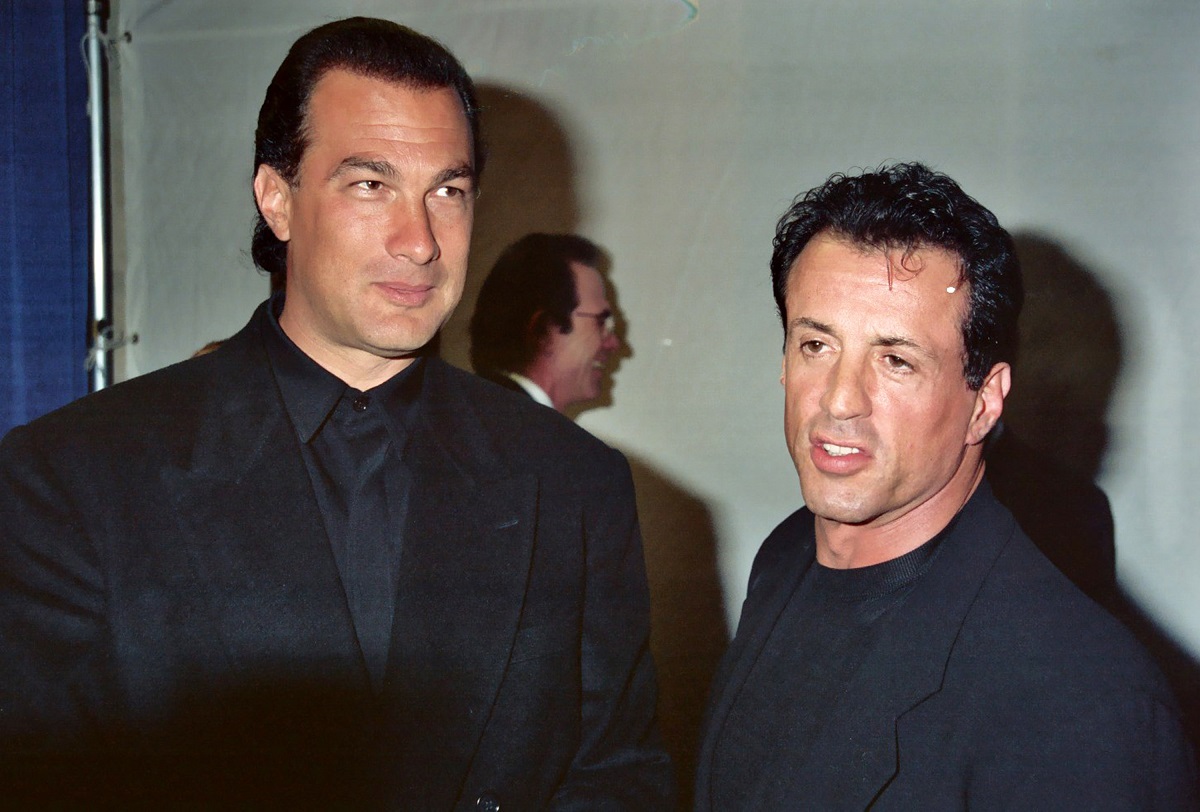 Seagal may have an alleged reputation for being unpleasant to work with. But when it came time to get into a real fight, Stallone claimed that Seagal ran away. Ain’t It Cool notes that the Rambo star was answering questions in an old fan Q & A. Eventually, the topic of Seagal was brought up, after which Stallone recalled the Jean-Claude Van Damme Seagal confrontation.

“But I remember once, at my home in Miami, I believe it was in ’96 or’97, Van Damme was there with Seagal, Willis, Schwarzenegger, Shaquille O’Neal, Don Johnson and Madonna… it was a heck of a party,” Stallone said. “Van Damme was tired of Seagal saying he could kick his ass and went right up to him and offered him the chance to step outside so he could wipe the floor with him, or should I say wipe the backyard with him. Seagal made some excuse and left. His destination was some Ocean Drive nightclub in Miami.”

“Van Damme, who was completely berserk, tracked him down and again offered him a fight, and again Seagal pulled a Houdini. Who would win? I have to say I believe Van Damme was just too strong and Seagal wanted no part of it. That’s just my opinion,” Stallone said.