One of the several executive orders signed by President Biden during his first day in the White House resulted in a Twitter feud between Sen. Ted Cruz, R-TX, and actor Seth Rogen.

Rogen unleashed his fury at Cruz on Wednesday shortly after the Texas Senator slammed Biden’s pledge to rejoin the Paris Climate Agreement.

“By rejoining the Paris Climate Agreement, President Biden indicates he’s more interested in the views of the citizens of Paris than in the jobs of the citizens of Pittsburgh. This agreement will do little to affect the climate and will harm the lievlihoods of Americans,” Cruz tweeted.

The tweet led Rogen to respond directly to Cruz with profanity: “F–k off you fascist.”

SETH ROGEN OPENS UP ABOUT HIS JEWISH HERITAGE: ‘I WAS FED A HUGE AMOUNT OF LIES’ 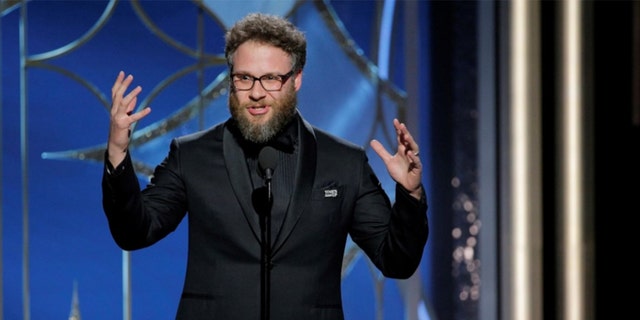 Cruz, however, wasn’t having it and used the opportunity to criticize the “Long Shot” actor.

“Charming, civil, educated response,” Cruz quipped to Rogen with sarcasm. “If you’re a rich, angry Hollywood celebrity, today’s Dems are the party for you. If you’re blue-collar, if you’re a union member, if you work in energy or manufacturing…not so much.”

The tweet didn’t go unnoticed by the actor, who again criticized Cruz, calling him a “clown.”

In another tweet, the actor wrote, “If you’re a white supremacist fascist who doesn’t find it offensive when someone calls your wife ugly, Ted Cruz is the exact motherf–ker for you.”

The Paris Climate Agreement was one of over a dozen executive orders Biden signed after being sworn in as president on Jan. 20. Several of the executive orders rolled back Trump’s actions during his term, such as rejoining the World Health Organization.

Back in 2017, Rogen gave an interview where he discussed the need to find a balance between speaking out against President Trump and not putting down those who voted for him.

“I don’t want to look back in 10 years and think, ‘I just didn’t say anything during that time,’ because it seems like a time where it’s very important to normalize dissent,” Rogen told the Daily Beast in a wide-ranging interview.

He added that he had tried to be “very conscious” of not insulting Trump’s supporters.

“The way I think of it is just normalizing the idea that a lot of people do not think that he is a good president, and do not think that he is bringing the country in a good direction, and not making it seem like some fringe, out-there thing that only really aggressive people who have whipped themselves into some sort of frenzy are expressing,” the actor said.

The funnyman, who was born in Canada and moved to the United States in 1999, at the time joked that if things don’t end well he can always move back.

“I got a whole other country I can go to. Those are jokes, obviously. I will not be leaving America,” he said adding “It doesn’t take a genius or a particularly creative mind to point out how blatantly idiotic and contradictory things are.”