Tess Daly, 51, showed off her latest outfit in view of her 523,000 followers over on Instagram, a similar number to what she wore last Saturday which received criticism from some viewers. The Strictly Come Dancing 2020 host looked radiant yesterday as she slipped into a burgundy high-neck jumpsuit, as she filmed a video addressing women’s wellness.

However, it seems as if fans this time were far more complimentary of the velvet slim-fitting all-in-one, that comprised of a far more conservative neckline.

Underneath many left their thoughts on the sartorial statement.

One wrote: “You look gorgeous & I love the jumpsuit. Where is it from please x.”

Another replied: “Wow where did you get the jumpsuit? It’s absolutely stunning as are you.” 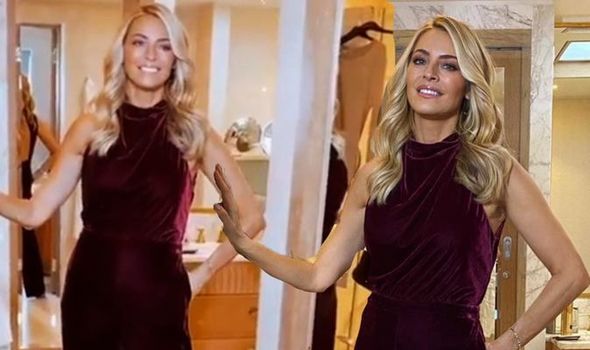 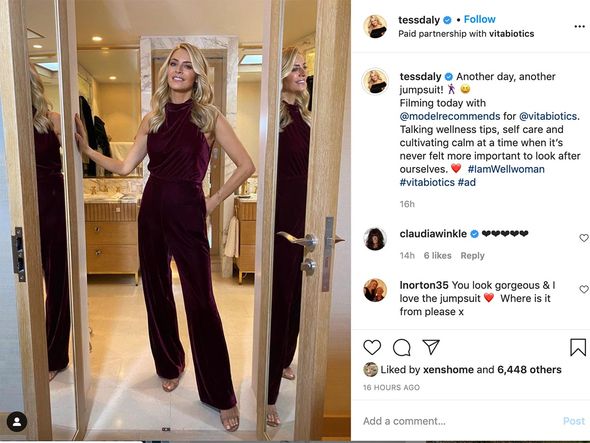 A third commented: “Where is that amazing jumpsuit from?”

Alongside the snap, Tess explained that she was all dressed up to shoot a video alongside writer Ruth Crilly.

Tess typed: “Another day, another jumpsuit! Filming today with @modelrecommends for @vitabiotics.

“Talking wellness tips, self-care and cultivating calm at a time when it’s never felt more important to look after ourselves,” she added. 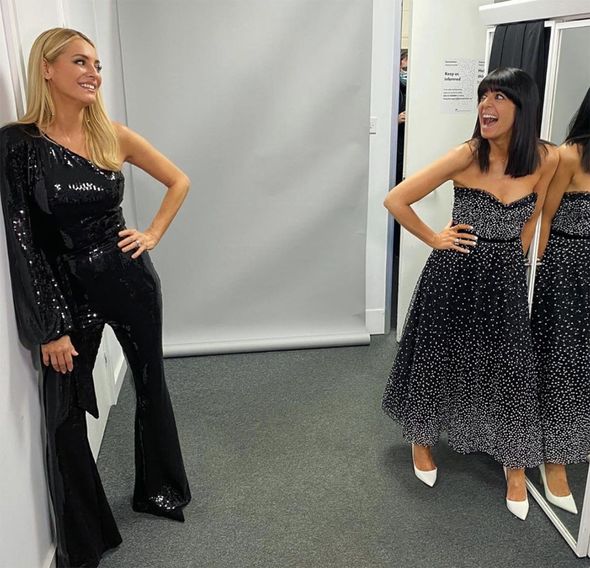 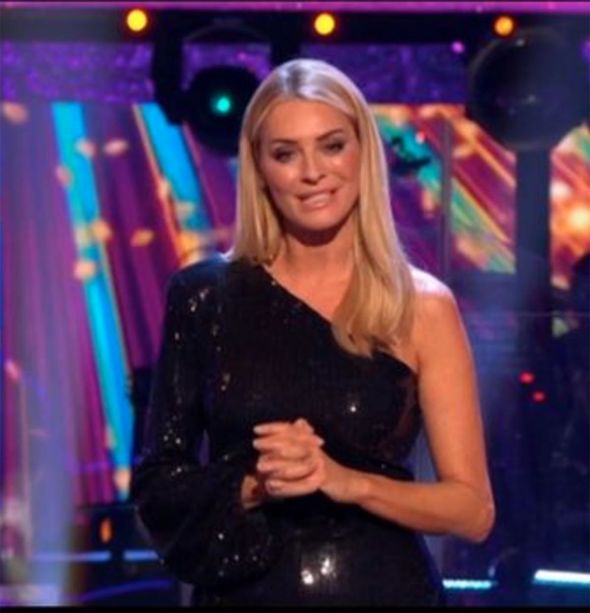 It comes as, on Saturday, Tess hosted Strictly Come Dancing alongside Claudia Winkleman while wearing a dramatic black sequin jumpsuit, which one viewer said had made “Halloween come early”.

One wrote: “Tess back in a one-shoulder outfit. It’s not awful by any means, but it’s following the same old same old – which we got a lovely break from last week with the lovely dalmatian dress #strictly.”

Another replied: “I see Tess is still allergic to The Second Sleeve #strictly.”

A third commented: “Have Claudia and Tess dressed for Halloween already?”

Meanwhile, others admired the dramatic sequin jumpsuit as one labelled it “amazing”.

It comes as Tess recently opened up on her real name Helen Daly and her reason for changing it.

Speaking to Weekend magazine, Tess explained that when she started out as a model at the age of 17, there was a model called Helen Davies already on her agency’s books, so was told to change her name as it was too similar.

She said: “My agent was obsessed with [the actress] Nastassja Kinski at the time, who was in the film Tess, and thought I looked like her.

“So Tess it was. I was gullible and impressionable. Mind you, two weeks later I was in Japan then travelled the world. Paris, Milan, New York.”

Tess revealed that her mum Sylvia is “really the only person” who calls her by her real name, and “that’s not often”.

She continued: “She tends to call me ‘love’, so when she does say ‘Helen’ it can take me a while to respond.”