It may have started out as a silly comedy about a ridiculously extravagant family trying to fit into a small town, but over the course of its six seasons, Schitt’s Creek proved time and again that it could make fans cry just as effectively as it could make them laugh. From budding romances to warm family moments, the Roses had won over everyone’s hearts by the time the series finale aired in 2020. While the show may be over, the whole series is still available to stream on Netflix, so here are the most emotional Schitt’s Creek episodes for you to replay the next time you’re in the mood for a good happy-cry.

In its early days, Schitt’s Creek played up the quirky silliness that stars Eugene Levy and Catherine O’Hara had long been known for from their lead roles in several Christopher Guest-directed comedies. The show always kept its core humor, but as it continued, it grew into a much more emotionally dense family drama as well. As the Roses grew closer to each other and the people around them, fans began to expect teary, feel-good moments in each episode.

Looking back, certain scenes stand above the rest as the most emotional moments in the show, and these episodes are all great choices for anyone who wants to revisit Schitt’s Creek at its most poignant. 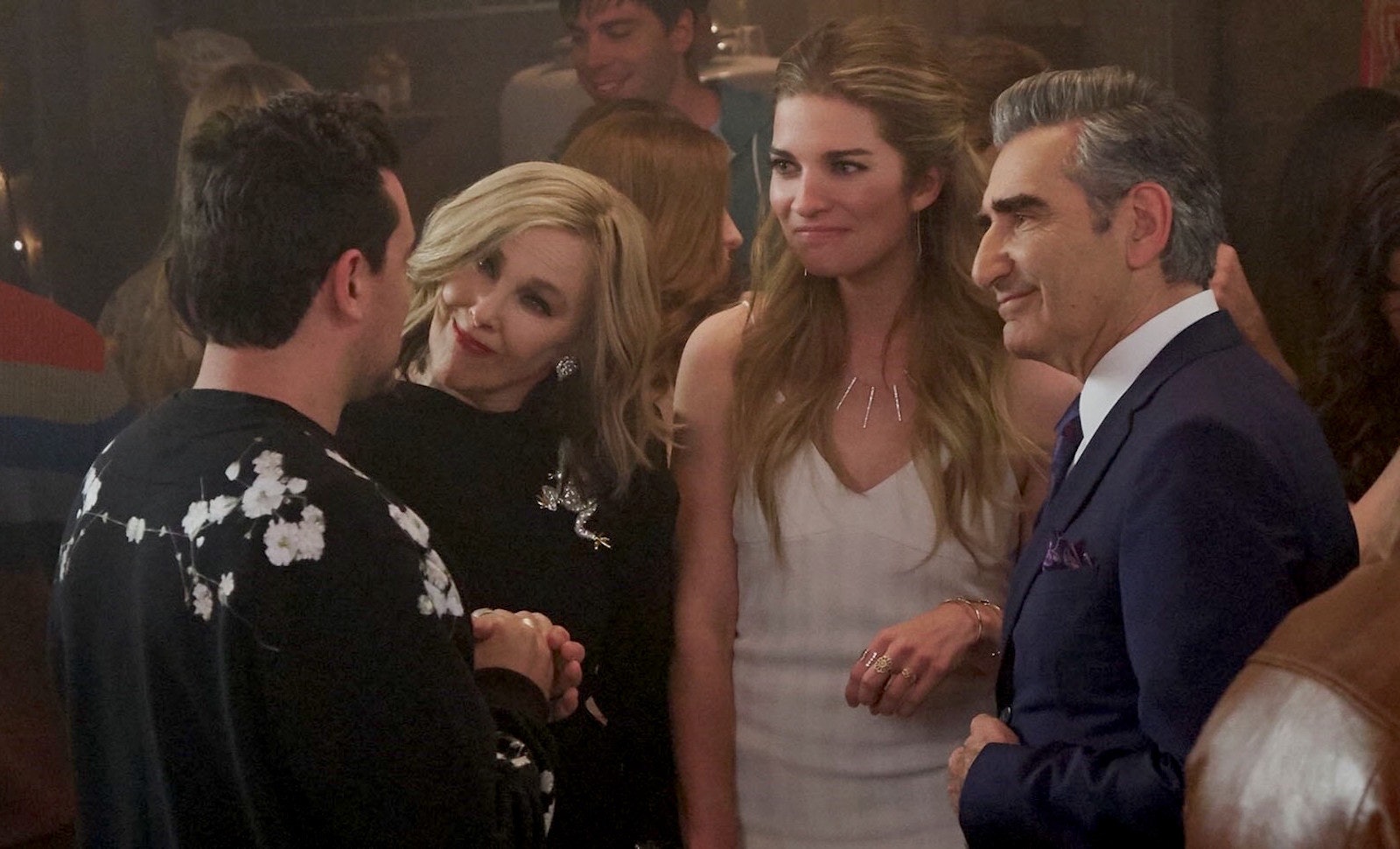 The Season 2 finale marked a big turning point for the Rose family, as Johnny and Moira really stood up for Schitt’s Creek and its residents for the first time when former friends paid them a visit. The episode ends with Mutt’s barn party, and a really touching moment of all the Roses dancing together, enjoying each other’s company more genuinely than ever before.

David and Alexis are usually at odds with one another, and this was the episode that first peeled back the bickering layer of their relationship to reveal how deeply they truly care for one another. As a stressed-out David prepares to take a driving test, he and Alexis confess their concern and love for one another.

Schitt’s Creek‘s season finales always pack an emotional punch, and Season 3’s comes through in a big way. If Moira’s surprise performance at Alexis’ high school graduation doesn’t get you misty-eyed, then David and Patrick’s first kiss definitely will.

Alexis’ relationship with Ted remains an emotional rollercoaster for much of the show, and it never pulls at the heartstrings more than when a forlorn Alexis tries and fails to take her mind off the unavailable Ted with a girls’ night out. Thankfully, Moira is there with a touching story about how she fell in love with Johnny to help. Oh, and this episode also includes the first time David calls Patrick his boyfriend, just to ensure you’re fully in your feelings. 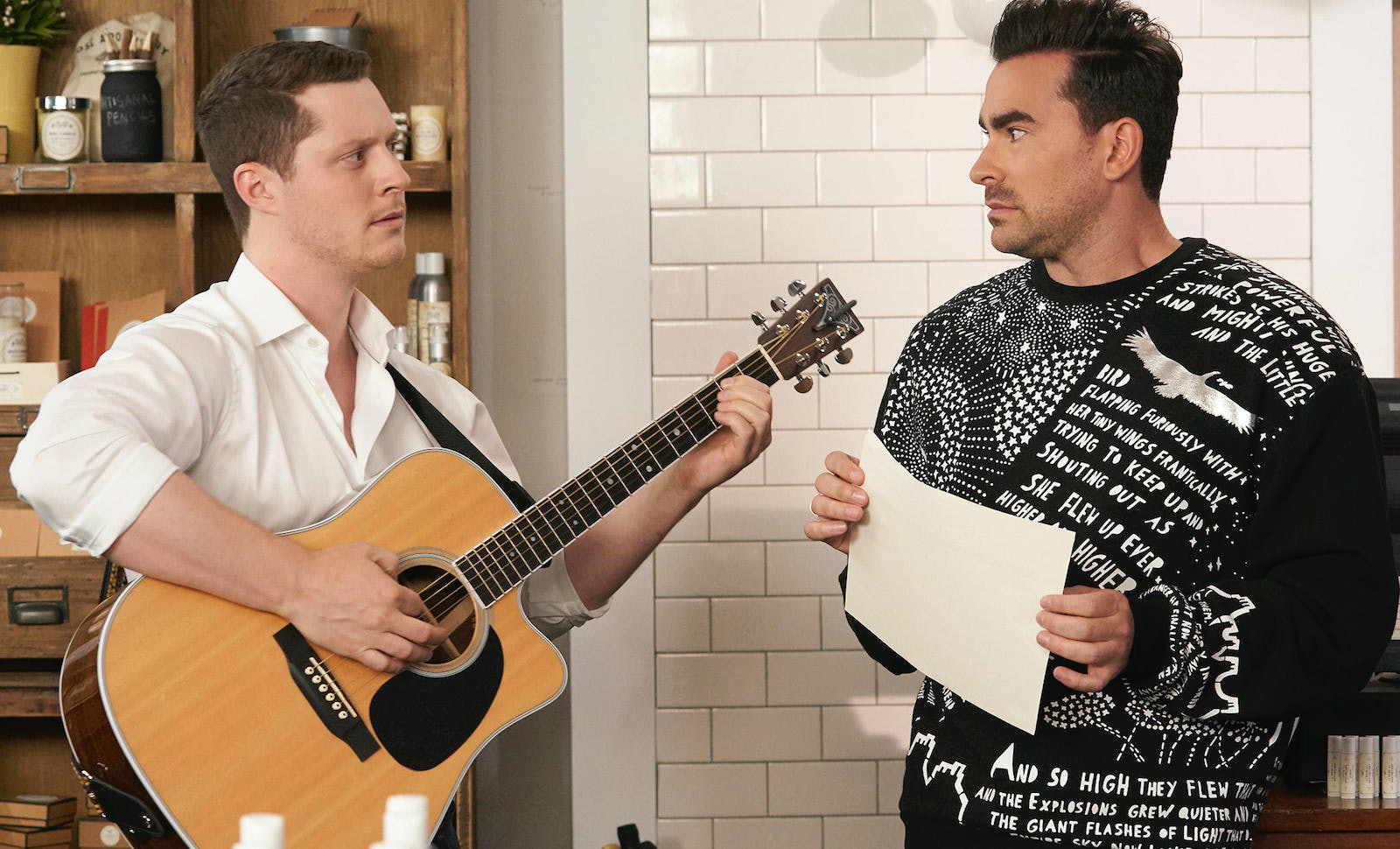 You knew this one was coming. Probably the most iconic emotional moment in all of Schitt’s Creek came when Patrick serenaded David with a cover of "Simply the Best" at his store’s open mic night. If you’re not in a puddle of tears at the end of this episode, you’re not human.

One of the show’s most dramatic episodes ever, when Patrick’s parents come to town, he works up the nerve to come out as gay to them. The episode is pretty tense, but it ends up having a warm and hugely emotional payoff.

David and Patrick’s engagement is a big moment, but it is Stevie who really steals the spotlight in Season 5’s finale. After struggling to find her passion all throughout the show, Stevie’s lead role in Cabaret brings everyone in town to tears… including all the Schitt’s Creek viewers who finally got to see the sarcastic motel owner shine.

The final season of Schitt’s Creek is packed full of emotional scenes, but none are more devastating than Alexis and Ted’s tearful breakup. Realizing that long-distance has not been working for them, the couple agreed to end things despite their deep love for one another. 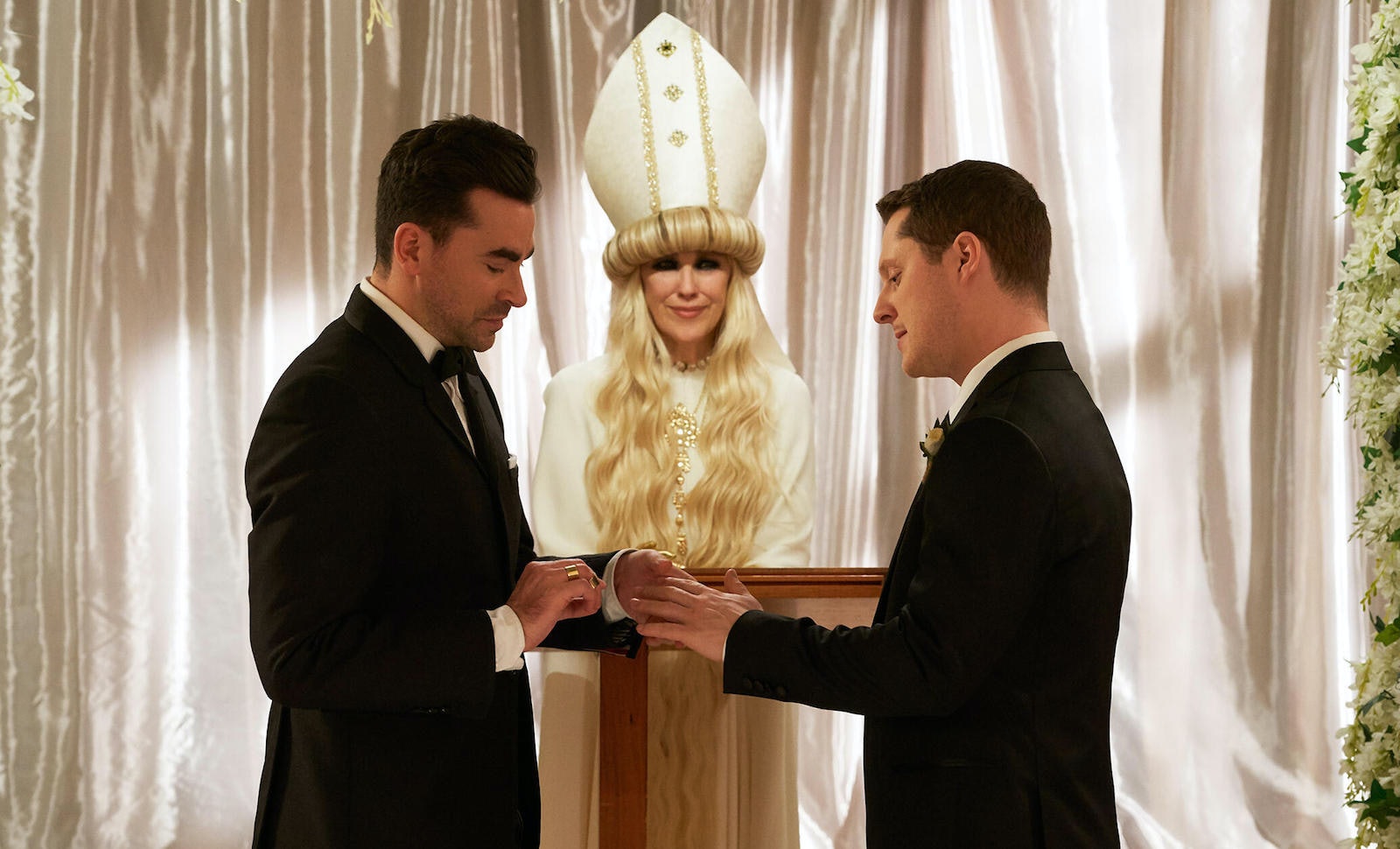 Of course, the series finale had to be included on this list. Not only is David and Patrick’s wedding the culmination of the show’s most upliftingly sweet love stories, but seeing the Roses split up to go off on their separate adventures after six years together in Schitt’s Creek was always going to pack an emotional wallop.

All six seasons of Schitt’s Creek are streaming on Netflix now.