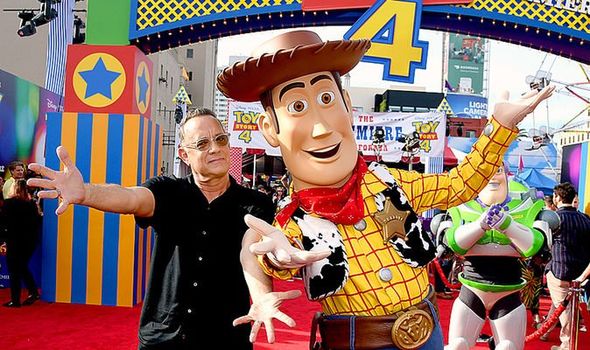 His parents, Amos, a chef who travelled constantly for work, and Janet, his hospital worker wife, divorced when Tom was four and both remarried. By the age of 10, he had lived in 10 different houses, and during his childhood changed schools more times than he can remember. What he can recall, as if it were yesterday, is his struggle to buy the spaceman figure that he was desperate to own. Because ironically, the star of Toy Story 4, which had its world première in Los Angeles yesterday, had hardly any shop-bought playthings. He crafted most of his own toys out of stuff he found lying around the house.

I was constantly making my own toys

“I was constantly making my own toys,” Tom, 62, recalls, smiling, when we meet. “I was not big on the store-bought toys. I never had things like that. And I didn’t make anything very sophisticated because I’m not big on engineering.

“I would have one little thing and use my imagination to turn it into something else. I would use can openers and pretend they were helicopters, I would take a wine cork and put four toothpicks in it and make a little lunar lander.

“Give me a good set of pipe cleaners and some Play-Doh and you could make anything!” But the one branded toy he really coveted, because it fed into his lifelong fascination with outer space, was an astronaut action figure. 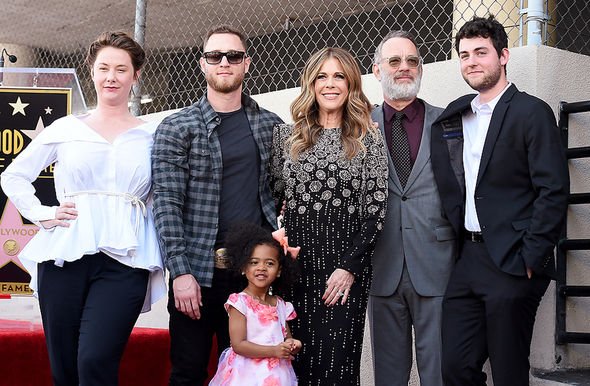 “I had to wait till I either found another nickel or earned another dime. When I went back to Clark’s with my extra money, there was a choice between three toys, Major Mason, Sergeant Storm and some other toy I don’t remember, but because Major Matt Mason was in a white spacesuit, he looked the most authentic to me and so I bought him.

“And that was the greatest, most important toy I had. I’d play with him for hours – I got probably three years of use out of him until the metal in his arm broke, and suddenly, he was no longer nearly as poseable as he had been.”

For a toy to last three years in young Tom’s life was something of a record. He admits that most of them got lost along the way of the many moves his family made. Sob story? Not a bit of it, says the voice of Toy Story’s much-loved cowboy Woody.

“I did not struggle to make friends,” he announces cheerfully. “I was never intimidated by going to a new school. I liked being in a new atmosphere all the time – I kind of liked going in there like I was in a racing car going 80, ‘So! Here I am, what’s going on here?’ “I enjoyed being the new guy, and ripping it up and finding the one or two like-minded folks like me. I’ve never been lonely and I’ve never been bored.

“I’ve been confused at times in my childhood – and yes, there was sometimes a degree of disinterest in me at home because everybody else there was just so busy trying to make their way in the world. But I ended up being able to make my own entertainment.”

He admits, on the other hand, that between his peripatetic childhood and his nomadic actor’s life now, he is aware that he is lacking in the sense of domestic stability that most people take for granted.

“I don’t have the permanence that a lot of my friends have,” the double Oscar winner says a little wistfully. “I’ve lived a bit of a vagabond life in my profession, in that I go off and I do these jobs and it’s a very intense atmosphere and you certainly make friends there, but then you finish the job and you naturally disperse.

“I keep in touch with somebody from my childhood who I’ve known since we were 10 years old – literally since, what 1968? – no! 1966! And this person still lives in the same town just outside San Francisco that they’ve always lived in. I can’t even begin to relate to what that is.”

Unsurprisingly, his immediate family is of paramount importance to him. After a youthful marriage to the late actress Samantha Lewes fell apart in the mid-1980s, he married actress Rita Wilson in 1988, and, more than 30 years later, still sounds like a newlywed whenever he talks of her.

“I have made Rita Wilson the happiest woman on the planet,” he declares now, deadpan, his tongue placed firmly in his cheek. “I’m not sure she would ever have been satisfied with life had I not come along.

“But I did come along, and I saw this damsel in distress and I thought, ‘You know what this lady needs? She needs a little dose of Tom Hanks, is what she needs…” He stops, laughs, and shakes his head, unable to keep up the gag any longer. 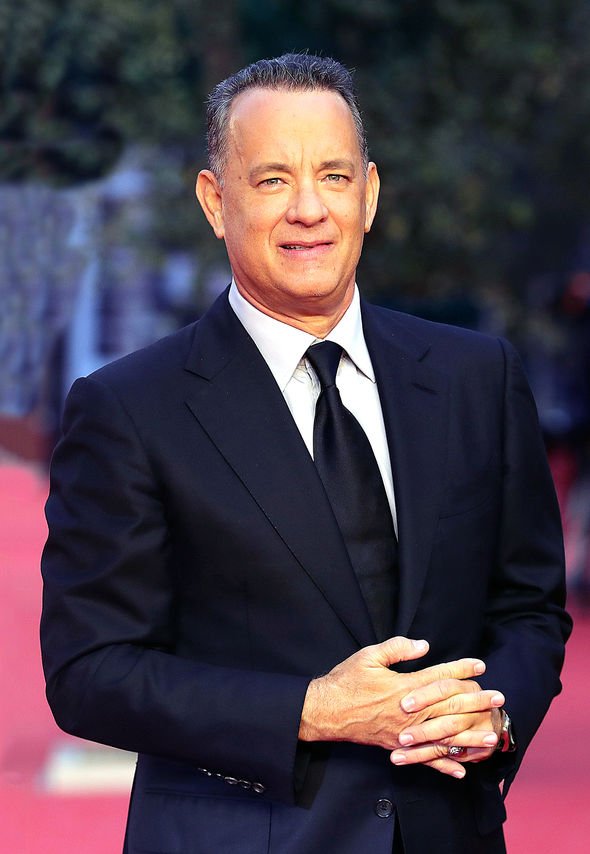 “That really did happen,” he confides. “Only it happened vice-versa. I was the one who was drowning at sea, and then Rita was the one who swam out and saved me!” When Tom is not working, he and Rita live happily in the upscale Los Angeles neighbourhood of Pacific Palisades, and remain close to their four now grown-up children – Tom’s eldest two by Samantha, lookalike actor Colin and his sister Elizabeth, plus 62-year-old Rita’s younger pair, Chet and Truman. They’re also – thanks to Colin and Chet – grandparents three times over.

“They don’t spend too much time watching their iPads,” Tom says, approvingly, now, of his grandchildren, aged five to eight. “Because their parents monitor how much time they can sit and be entertained by something, they are also very connected to the physical toys they can actually play with.

When the screen entertainment goes away, I’m always astounded at how many yard games there are, how many balls are kicked, how many dolls are played with!” He may be a devoted grandad, but Tom says he’s not a great giver of material gifts.

“I’m introducing, not so much toys, as other types of pleasures, like oddly-shaped pancakes in the morning, and root beer served in ice cold mugs straight from the freezer.

“As soon as they get old enough to gather around the table, we’re going to start having “make your own taco” night, where we just put out tortillas and taco fixings and everyone helps themselves.

And he rubs his hands and smiles – mess and all, he can hardly wait.

Toy Story 4 can be seen in UK cinemas from next Friday, June 21