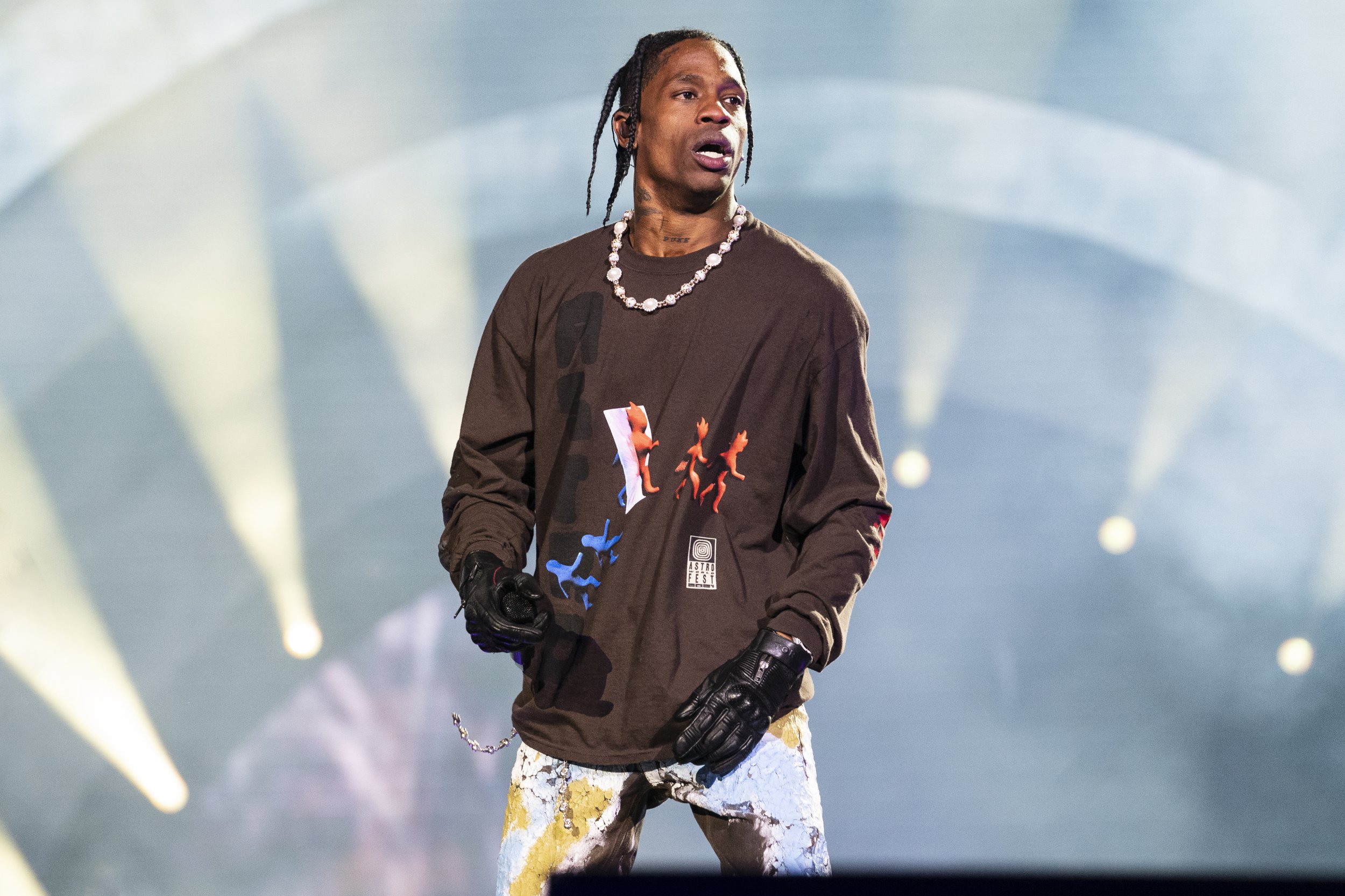 Travis Scott’s Astroworld festival has issued a statement after eight people died at the event in a crowd surge.

The Twitter account for the festival shared a statement reading: ‘Our hearts are with the Astroworld family tonight, especially those we lost and their loved ones.

‘We are focused on supporting local officials however we can. With that in mind, the festival will no longer be held on Saturday.

‘As authorities mentioned in their press conference earlier, they are looking into a series of cardiac arrests that took place. If you have any relevant information on this, please reach out to @HoustonPolice.

‘Thank you to our partners at Houston Police Department, Fire Department, and NRG Park for their response and support.’

As well as the eight people who died, 11 people were taken to hospital and around 300 were treated for injuries after the crowd began to compress towards the stage when the rapper was performing at the festival, emergency officials have said.

About two dozen people were rushed to hospitals, and CPR was being performed on at least 11 of them when they were taken, officials confirmed.

Those injured included children ‘as young as 10’.

The show was called off shortly after several people began suffering injuries.

Scott, 29, has yet to speak out on the incident.

It remains unclear what caused the injuries and how many people were injured as of early Saturday morning, but authorities said that a lot of people are in need of medical attention on the scene.

The incident began around 9:15pm on Friday, according to Houston Fire Chief Samuel Peña.

He told reporters: ‘The crowd began to compress toward the front of the stage, and people began to panic.’

The tragic scenes unfolded on the opening night of the third annual Astroworld music festival which was being held at NRG Park in Houston, Texas.

This year, Astroworld was scheduled to take place on November 5 and 6.