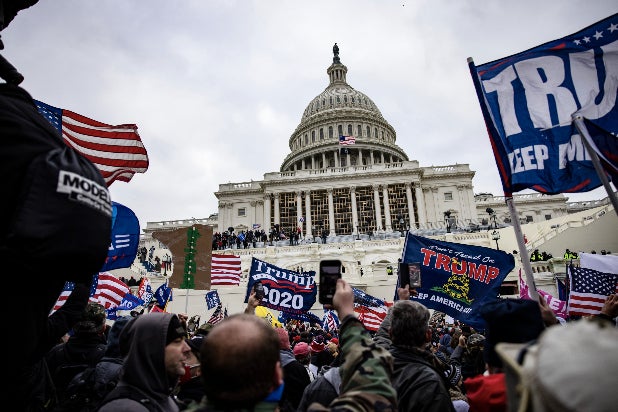 A U.S. Capitol Police officer has died from injuries incurred during Wednesday’s riot, bringing the day’s death toll to five, according to CNN.

The individual’s identity and the cause of death were not made public, but the officer is latest casualty of the pro-Trump riot at the Capitol building. A woman rioter died Wednesday after being shot by police as the crowd stormed the building, and three others sustained fatal injuries.

In a statement earlier Thursday, U.S. Capitol Police Chief Steven Sund said 50 law enforcement officials were injured during the riot, after clashing with Trump supporters armed with metal pipes and other weapons. According to the statement, police also responded to reports of potential bomb threats in and around the Capitol.

Sund himself has resigned over the incident after lawmakers, including House Majority Leader Nancy Pelosi and Senate Minority Leader Chuck Schumer, criticized Capitol Police’s lack of preparedness and mishandling of the situation. Sund is set to step down on Jan. 16.

Hundreds of pro-Trump protesters stormed the Capitol building on Wednesday in an attempt to stop Congress from certifying Joe Biden’s win in the 2020 presidential election. As a result of the chaos, Vice President Mike Pence was rushed from the Senate floor and lawmakers were forced to evacuate the building, bringing a temporary halt to the day’s proceedings. Images and video from inside the building showed rioters vandalizing the building and occupying congressional offices while carrying Trump flags and other paraphernalia.

The events were met with widespread condemnation from lawmakers and other elected officials, with particular ire directed at President Trump’s role in inciting the riots by repeating false claims of election fraud. A growing number have called on Trump to resign or for the Congress to take action to remove him from office, either through impeachment or by invoking the 25th Amendment.

Trump on Thursday, after a period of apparent unwillingness to definitively condemn the rioters, issued a statement on Twitter disavowing the violence and finally conceding the election.