Is Artem Chigvintsev ready to pop the question to Nikki Bella? Not quite, but the Bella twins couldn’t contain their excitement when they thought the Dancing With the Stars pro was going to propose on their podcast.

Chigvintsev, 36, joined Nikki and Brie Bella on the Wednesday, June 5, episode of “The Bellas” podcast to discuss their recent reunion in Napa Valley.

“Artem flew all the way from London to Napa Valley to meet me at BottleRock,” Nikki, 35, gushed. “I hadn’t seen Artem for a week and a half and I’ll admit during that week and a half, I realized how much I missed my, beautiful, smart, handsome … dancer.”

Brie then interjected, “So are you saying you wanted to make him you’re boyfriend?”

“I’m not saying that … what I’m saying is when he was gone I realized how much I missed him, like, tons. So I said, ‘Brie I want to have it on tape,’” Nikki explained, referring to an Instagram video of her jumping into Chigvintsev’s arms last month. “Like, I haven’t seen Artem in so long, so film me. … But then it was so cute because I ran up to Artem and the driver was trying to ask for my photograph or a photo or something, but I was like b-lining for my man.”

After Nikki asked Chigvintsev how he felt about the taped reunion, she pointed out he was turning “red.”

“I’d been away for 10 days and that is a long time. I think it’s the first time we’ve been apart for 10 days in quite a while,” the dancer admitted. “I did miss you a lot.”

In unison, the sisters then exclaimed, “Oh my gosh, are you gonna propose?” 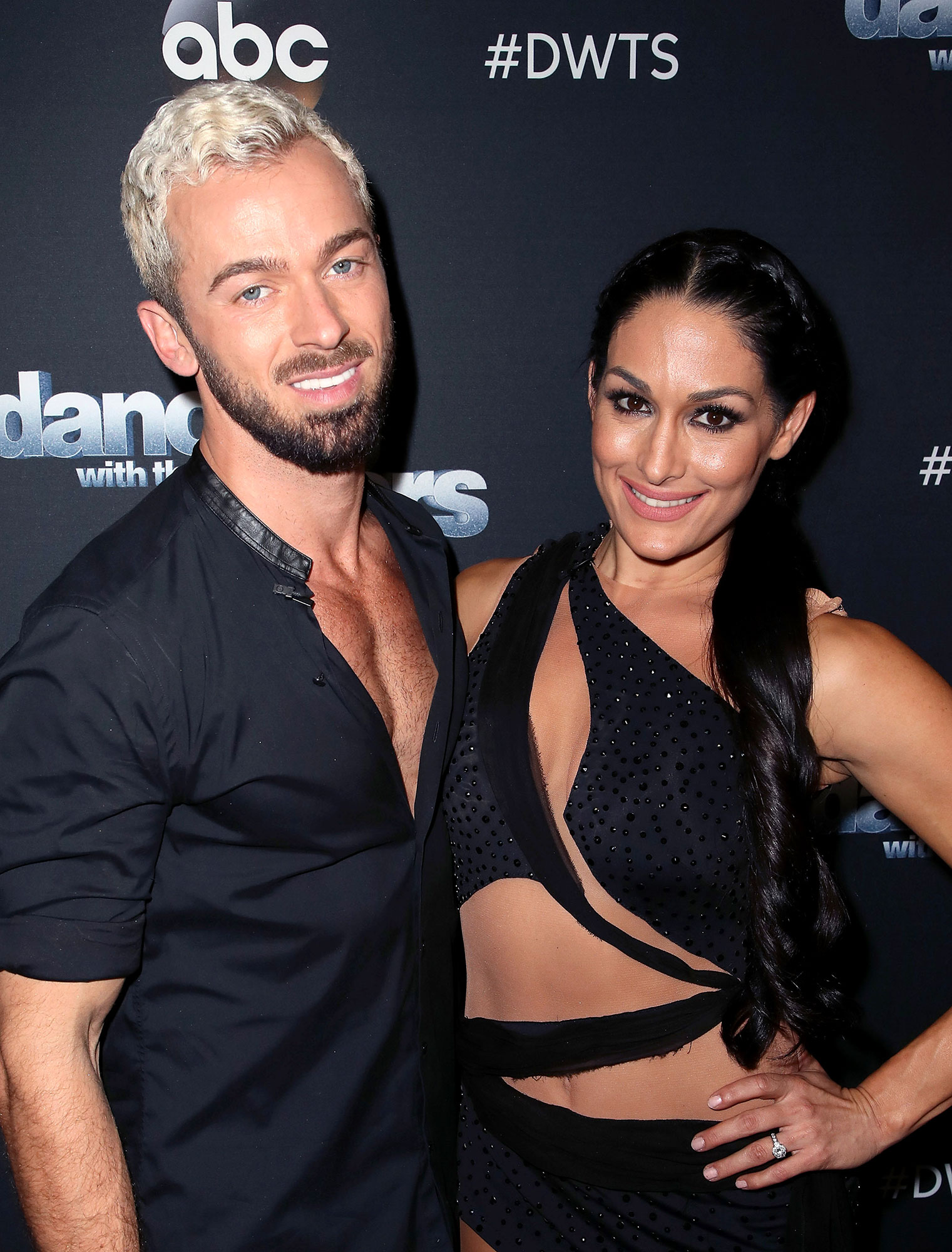 Despite Nikki and Brie pointing out that Chigvintsev’s voice “changed,” he was clearly not about to start a proposal.

Brie joked, “We go from no labels to getting engaged!”

Us Weekly broke the news in January that Nikki and Chigvintsev started seeing each other following her split from former fiancé John Cena. While the twosome made their love Instagram official in March, they have yet to label their relationship.

“We’re dating heavy,” Nikki told Us on April 5. “Like, I only stay the night at his house. Let’s put it that way. … But I don’t like the titles ‘boyfriend and girlfriend.’ It freaks me out.”

WE'VE all been there. You're just about to head out and you think 'shall I just go for a quick

WE'VE all been there. You're just about to head out and you think 'shall I just go for a quick